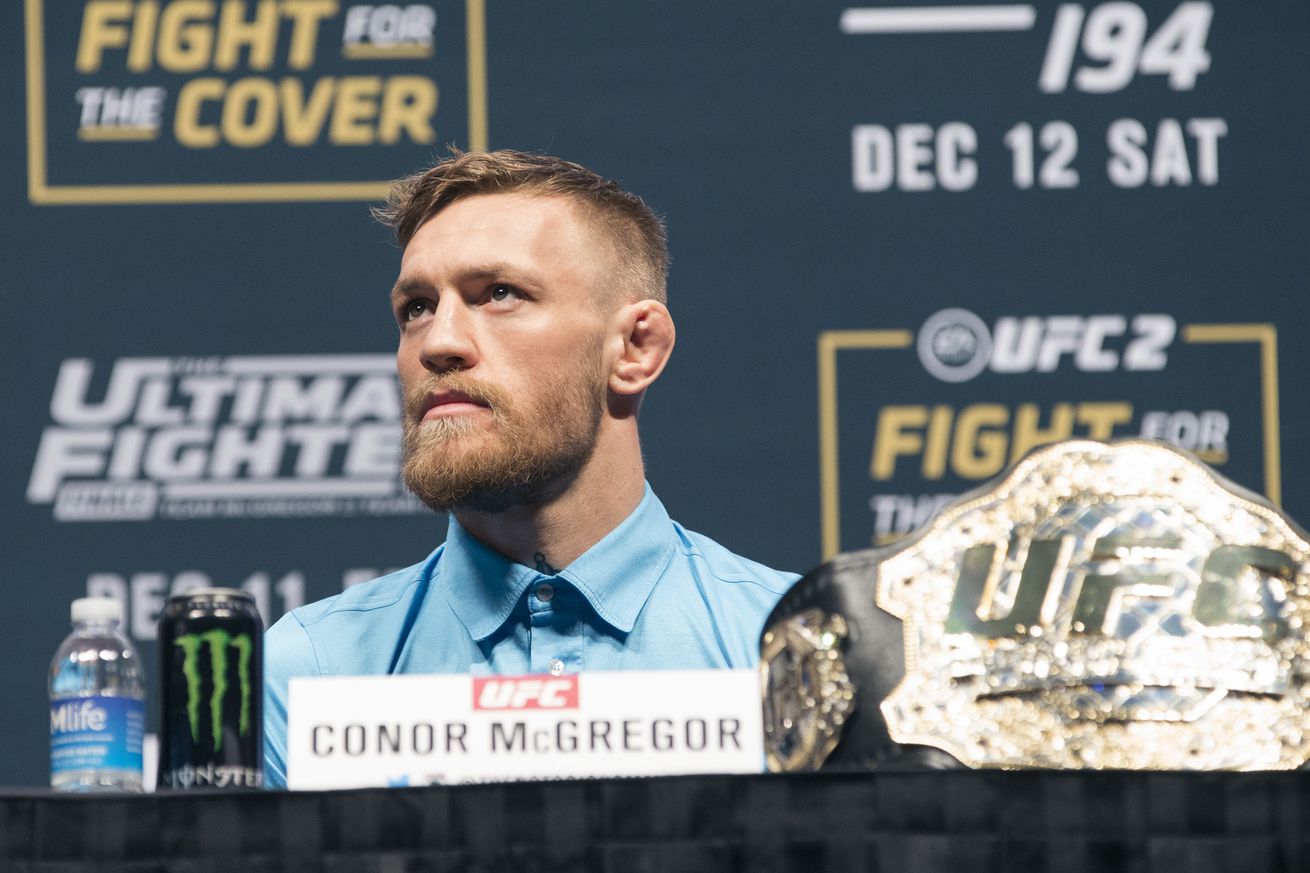 The mixed martial arts world careened into the Twilight Zone for a few short days this past April, when UFC featherweight champion Conor McGregor initiated a public stand-off with the UFC with a simple 13-word tweet announcing his retirement. The tweet has since been re-tweeted and liked over 337,000 times, and within hours after its posting, the sporting world was aflutter with speculation over McGregor’s intentions.

“Off I went to the gym, and then I came out of the gym and all of a sudden the thing is f*cking everywhere, like, oh sh*t,” McGregor recalled Monday on The MMA Hour. “We were in Iceland, we were doing what we do, training and studying to whoop somebody’s ass. That’s it. I have access to a phone and my phone has access to millions upon millions upon millions of people.

“So, that was another crazy experience. This life is a roller coaster, there’s many ups and downs. But I mean, you’ve got to look at it like this: who doesn’t love a roller coaster? Who wants to be stuck on flat ground going through life?”

The tweet served as the first salvo to a protracted stand-off with the UFC over McGregor’s desire for lightened media schedule ahead of his rematch against Nate Diaz, and things quickly spiraled out of control, with McGregor ultimately being publicly removed from UFC 200 and chastised at a launch press conference that featured Diaz and an empty chair, as if to hammer home the cost of McGregor’s absence.

McGregor and the UFC eventually came to terms and rebooked the Diaz rematch for Aug. 20 at UFC 202, but the experience taught McGregor much about the power of his social media reach.

“I’ll ask you this: were you entertained?” McGregor said. “That’s what it’s all about, were ….View full article