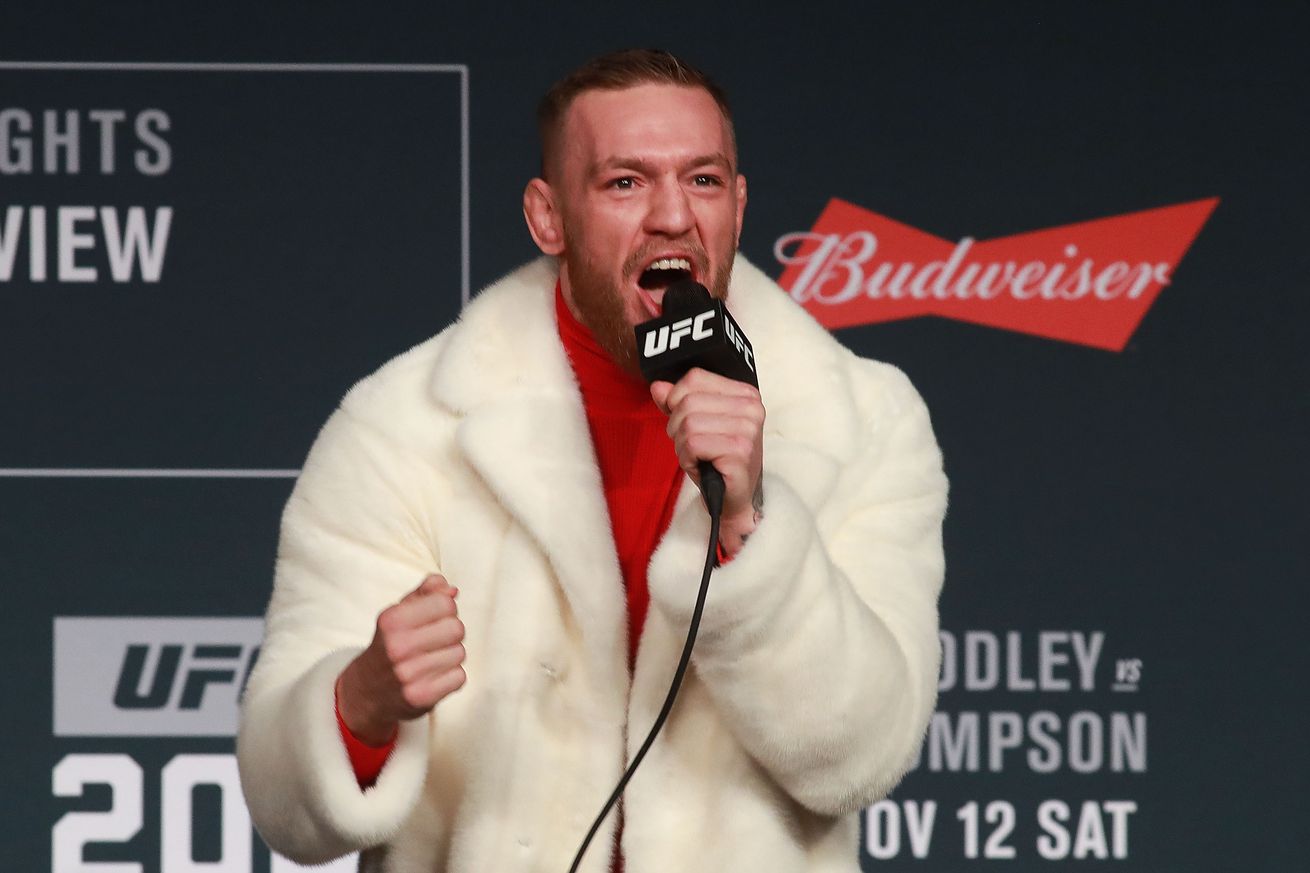 Ultimate Fighting Championship (UFC) lightweight king Conor McGregor will take to the stage later tonight (Sat., Jan. 28, 2017) from Manchester, England, in an exclusive Q&A session with MMA Fighting’s Ariel Helwani. But before “Notorious” goes up against the UFC on FOX 23 broadcast (results here), he offered the world of combat sports, among other worlds, a sneak peek into what we can expect from his pay-per-view (PPV) interview. McGregor posted the following to his Instagram account earlier today:

I’m so made! Heading to do a Q and A in front of 5000 fans! You read that right. That’s more than UFC attendance tonight. And it’s on PPV at http://www.notoriouslive.co Fuck the UFC. Fuck Floyd. Fuck boxing. Fuck the WWE. Fuck Hollywood. And fuck you too pay me.

One can only imagine what will come out of McGregor’s mouth as he addresses the likes of Floyd Mayweather Jr., Khabib Nurmagomedov, Tony Ferguson, Jose Aldo and the new owners of UFC.

Stick with Mania as we bring you up-to-date coverage of McGregor’s exclusive interview.