Home MMA News Conor McGregor teases quick UFC return: I wanted a Christmas break, where did you get 10 months?
ShareTweet 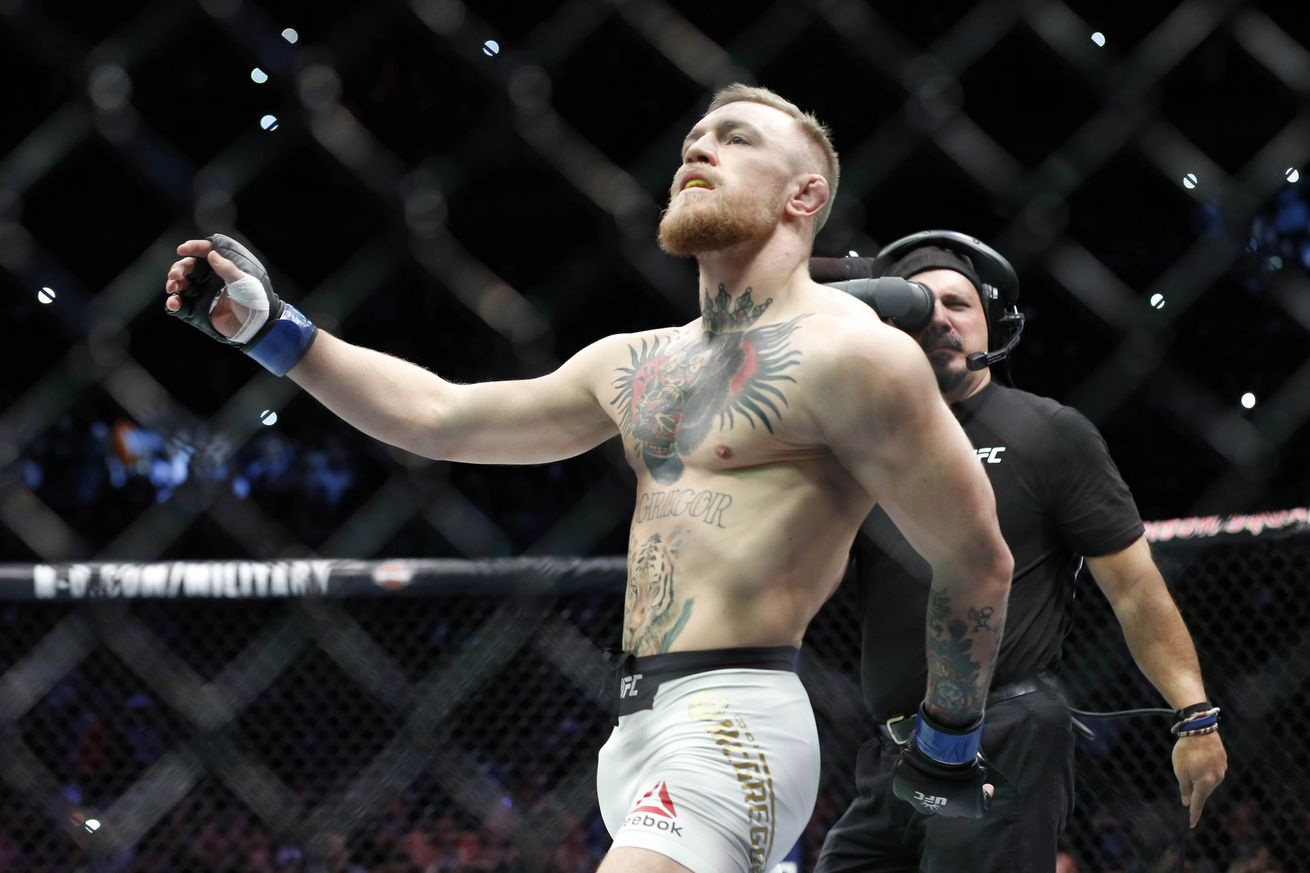 Early projections have “Notorious” back inside the Octagon by next September.

McGregor, however, won’t commit to a specific date and may even lace up the gloves sooner than expected, according to his conversation with RTE Sport. As with most negotiations, that could depend on how much money is on the table.

The reigning former featherweight champion is taking a leave of absence to welcome his first child with longtime girlfriend Dee Devlin. In his absence, lightweight contenders Khabib Nurmagomedov and Tony Ferguson are expected to collide for the next crack at the division crown.

“I did say I was going to take a break, but a Christmas break,” McGregor continued. “The holidays, at least give me the holidays off. We’ll see what happens in the future.”

Even if the champ — who never made a single title defense at 145 pounds — does decide to return to combat sports ahead of schedule, there are no guarantees “Notorious” will be fighting for UFC.

Not when there is “Money” to be made.

“Ari, Patrick, the new owners from WME-IMG, the guys that bought the UFC for $4 billion, I want to speak to them,” he said. “I want to see what their plan is. Because right now I don’t know what nobody’s plan is.”