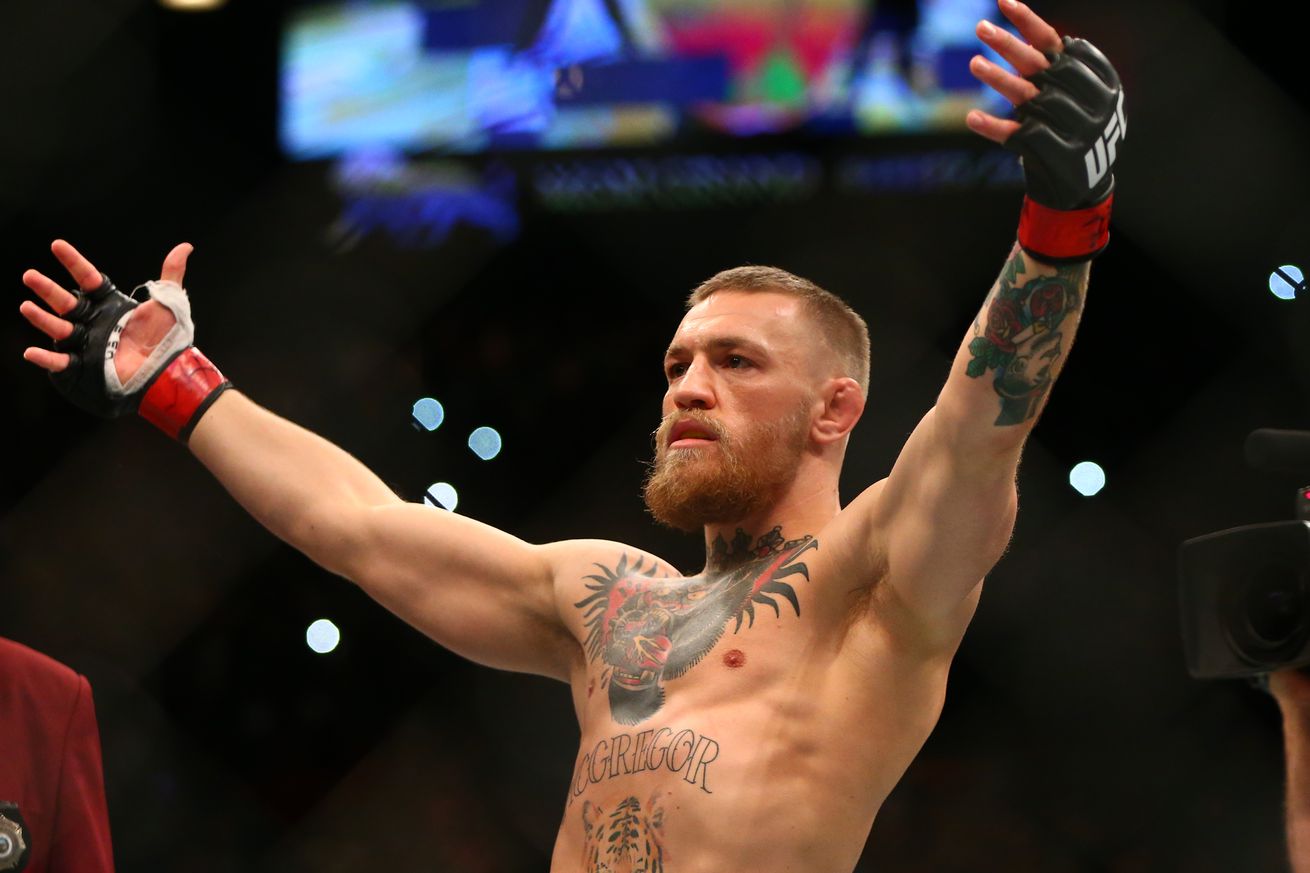 The future is uncertain for Ultimate Fighting Championship (UFC) featherweight king Conor McGregor. The 28-year-old Irishman has yet to defend his 145-pound title, will challenge current UFC lightweight champion Eddie Alvarez for the 155-pound belt at UFC 205 on Nov. 12 in New York City and has competed at 170 pounds in each of his last two Octagon appearances.

While McGregor is drawn to fights that offer the biggest payouts and most notoriety, he doesn’t believe a trilogy fight with Nate Diaz is in his immediate future. In fact, “Notorious” is warning the Stockton native to stay away, having this to say in a recent interview with The LAD Bible:

I think potentially so. The more I think about it Nate is going to be… There was a lot of damage done to Nathan in that last fight. You know looking at his face it just didn’t look the same. I know those close to him will understand what I am talking about. So there could be a potential fight maybe down the line for the lightweight belt after I win this one. To see him have to make the weight. And then to see the damage that he took in the last fight and then come in at a much lower weight.. It wouldn’t end good for him. So I’d imagine and I would probably hope that his people close to him would stop him from doing it. It’s done now. Cash your money and bounce.

Remember, Diaz, despite being more popular than ever before, has stated that he intends to sit out until a third fight opposite McGregor is booked. Seems risky.

The 31-year-old Diaz may want to think about entrenching himself back in the 155-pound class and reaping the benefits of McGregor’s magical stock effect.