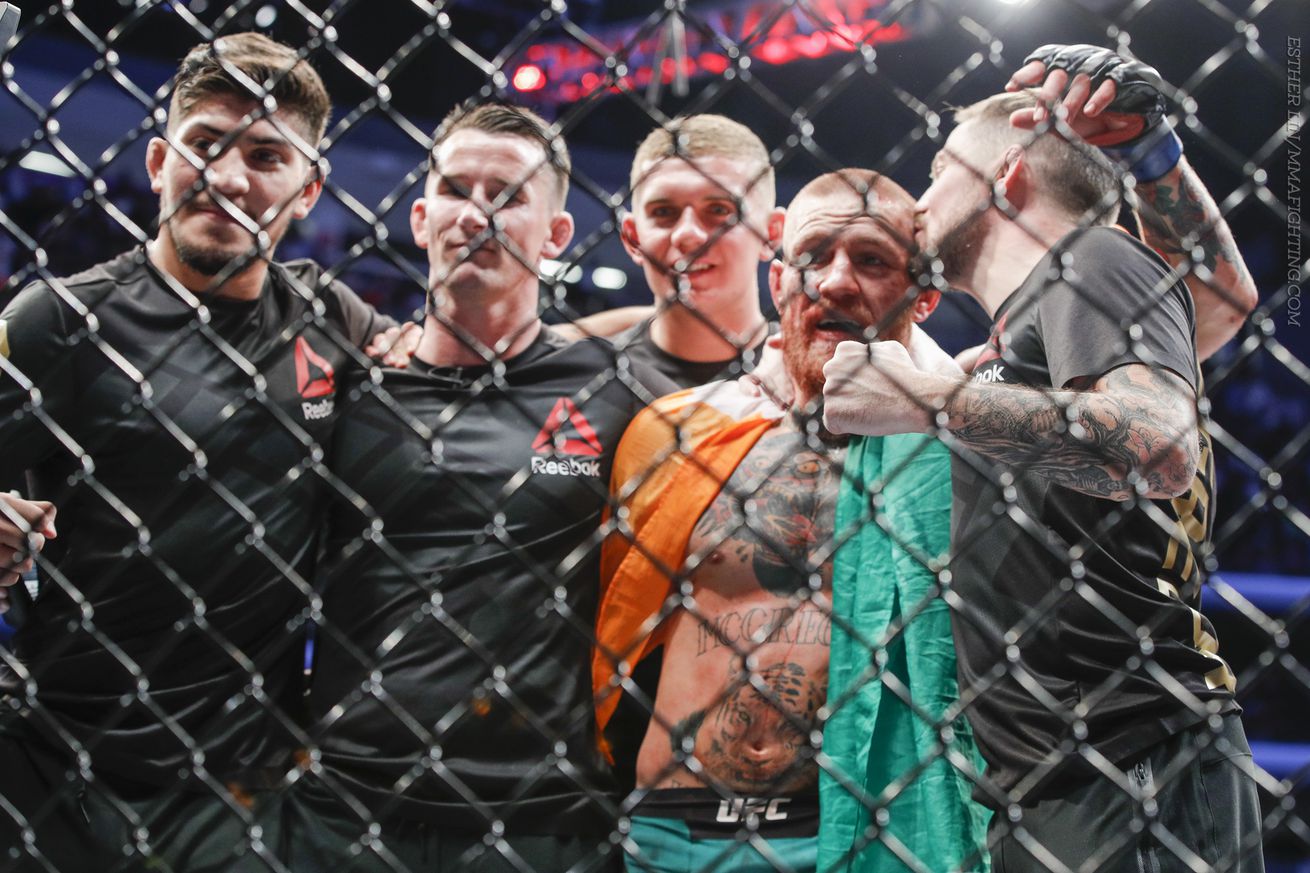 Diaz ripped Danis at the post-fight press conference after UFC 202 in Las Vegas, bashing him for representing the Irishman when he is from the United States and saying he’s on his “hit list.” Danis told Ariel Helwani on Monday’s edition of The MMA Hour that if Diaz wants a fight, he can have one.

Danis, 23, is a black belt in BJJ under legendary coach Marcelo Garcia in New York. He doesn’t have any MMA experience at all.

McGregor brought him in for his Diaz camp and two became close over the last few months. Danis was front and center when Team McGregor and Team Diaz threw bottles at each other at the pre-fight press conference last Wednesday.

“That jiu-jitsu coach he’s got, I’m gonna get that motherf*cker, man,” Diaz said Saturday night. “That guy is on my hit list. This is America and he’s over there representing with them? And then he wants to try to lock up at a press conference like he’s hard? That’s the reason that fool got rushed at the press conference, too. It’s because they’re over there making it seem like we’re the hottest sh*t in town, but I had too many riders with me all ready. Otherwise, we had a good press conference. They walked in like they were the sh*t to steal the show.”