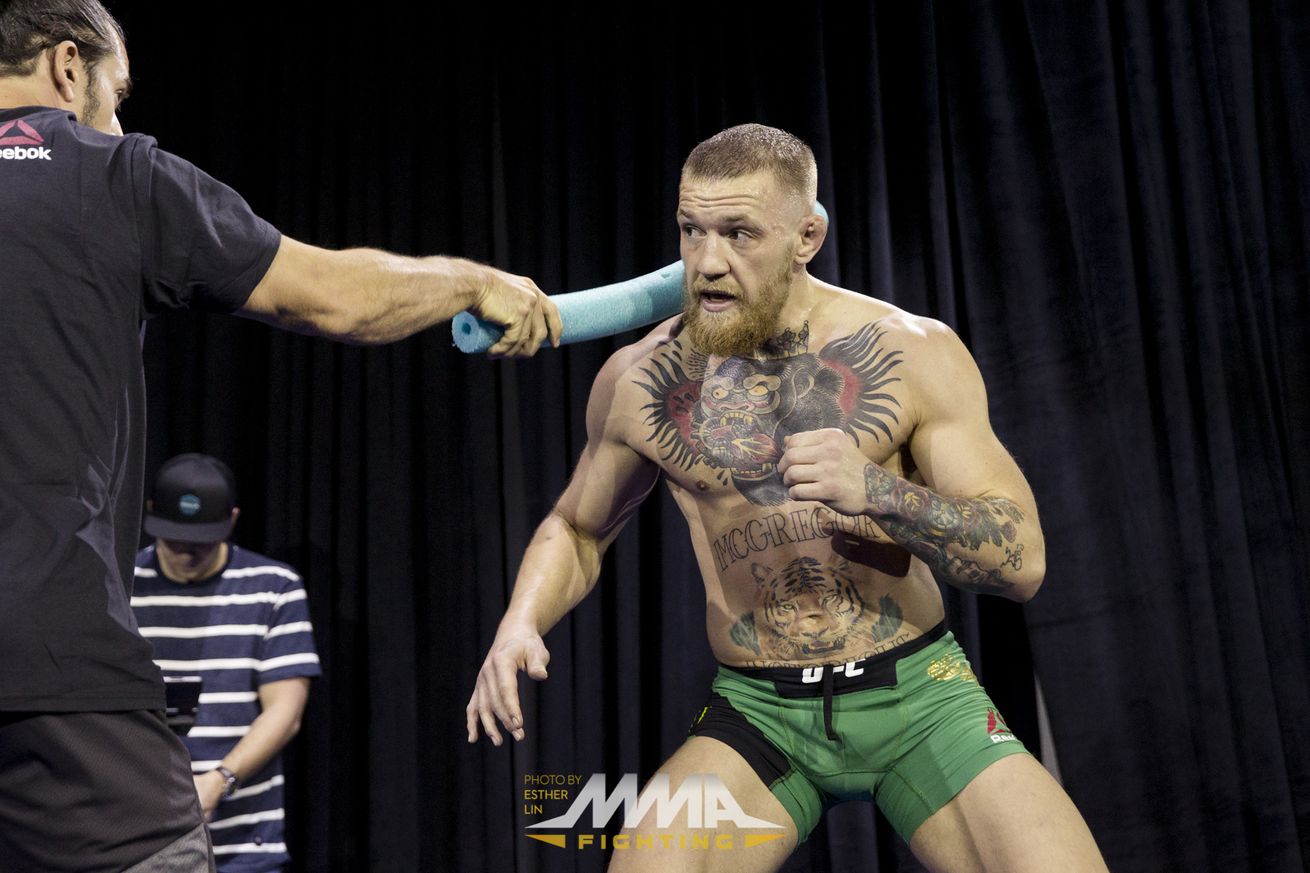 Excuse me while I let out a little laughter. Okay, I’m back.

UFC featherweight titleholder Conor McGregor has garnered much attention for his utilization of movement expert Ido Portal. In fact, I spoke with Portal about his coaching of “Notorious” prior to his title win over Jose Aldo at UFC 194 last December.

McGregor’s opponent, Nate Diaz, has wasted no time in attacking the Irishman for playing games of “touch-butt with that dork in the park” ahead of their welterweight headliner atop the UFC 196 pay-per-view (PPV) card, taking place tonight (Sat., March 5, 2016) in Las Vegas, Nevada.

“[The guy] with the ponytail and I’m the one who ain’t got no training partners? I don’t think so. You seem to have it all figured out when you’re fighting midgets. You got sh-t,” Diaz said at the final press conference (transcribed by FOX Sports).

Both the McGregor and Diaz camps nearly came to blows following a staredown at the exact same press conference, prompting security to intervene. Well, someone better hold Portal back because the Israeli fitness coach is about to bust some heads.

So I still didn’t get it, Nate Diaz, first it’s you who were doing some movement training already back in the day but…

Portal has been in the corner of McGregor dating back to his second-round knockout of Chad Mendes at UFC 189 in July 2015. It’s completely within reach to say Portal has played a role in the success of the Dubliner, but anything more than that, I’m just not sure.

Portal claims to see a stark difference between the 145-pound version of McGregor and the 170-pound version. Time to see whether or not the steak diet produces the same ….View full article