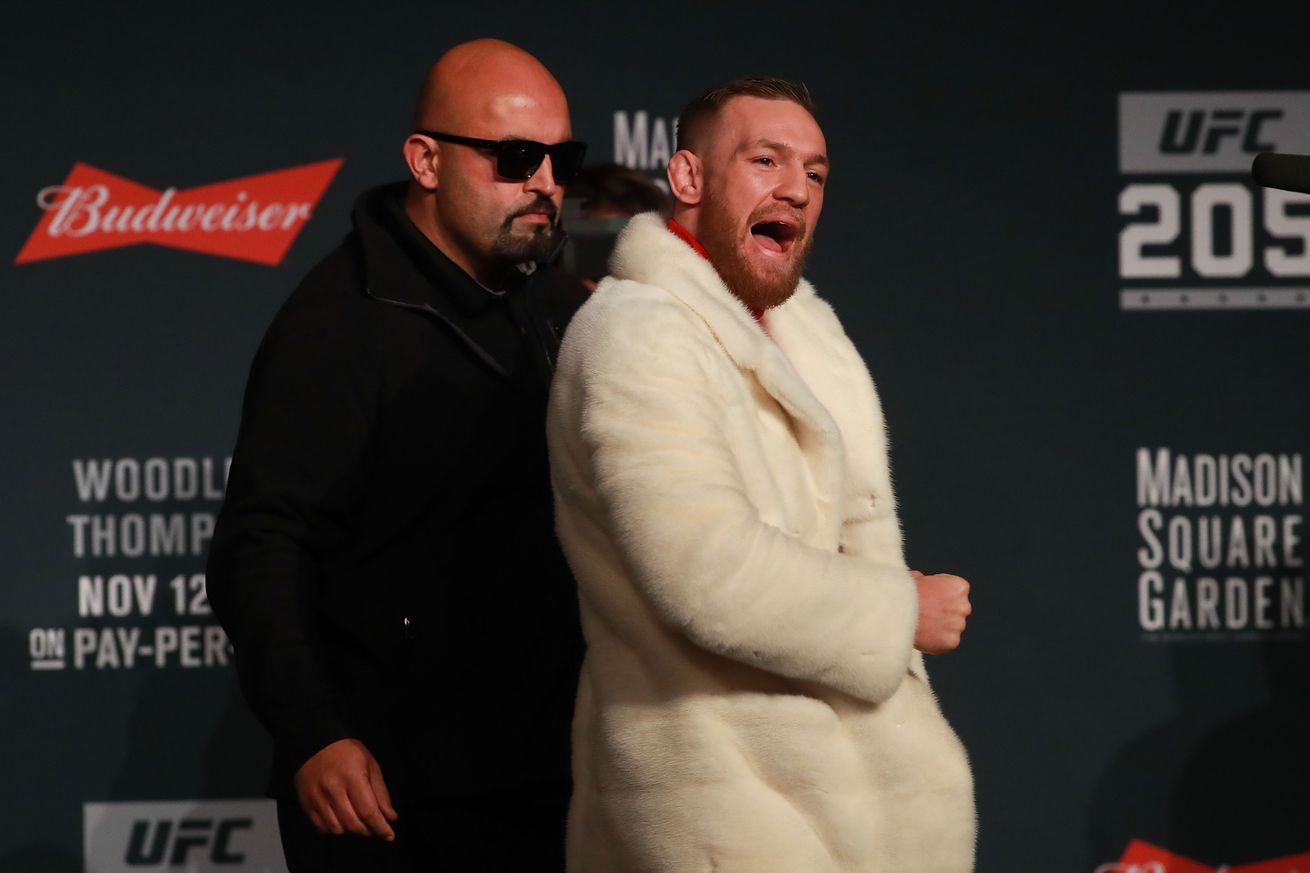 Fans worried that Conor McGregor will retire following a big money Floyd Mayweather fight can take comfort in these words from his coach John Kavanagh.

With Conor McGregor off chasing a boxing match with Floyd Mayweather and the hundreds of millions of dollars that come with it, many have wondered if we’ve seen the last of the brash Irishman in the UFC. Why return, after all, for a much smaller paycheck against the extremely tough but not very famous killers waiting for him in the Octagon?

But according to his head coach and good friend John Kavanagh, McGregor is nowhere near done with mixed martial arts.

“Like any sport there’s a sell by date,” Kavanagh said in an interview with the Irish Mirror. “But Conor is 28, he’s a baby in the sport. I look at Bernard Hopkins who’s 50, winning world title fights so Conor isn’t going anywhere soon. I predict once he’s done in the sport he will disappear. People think he likes the limelight, he doesn’t. He just likes fighting and promoting fights.”

“Who knows, maybe he’ll go to Hollywood and become the next Schwarzenegger.”

This lines up with a lot of what Conor has been saying over the past few months. While he’s been laser focused on forcing a fight with Floyd Mayweather into existence, that hasn’t stopped him from contemplating a go at the UFC welterweight title, or promising he’d face Nate Diaz again sometime down the road.

That’s good news for fans, who can rely on McGregor continuing to entertain the masses (and pay new UFC owners WME-IMG’s debts) for a while yet. Unless the mind boggling amount of zeroes in his bank account end up changing his mind. But if there’s something Dana White has taught us, it’s that some people just keep pushing forward, even after making a quarter of a billion dollars.