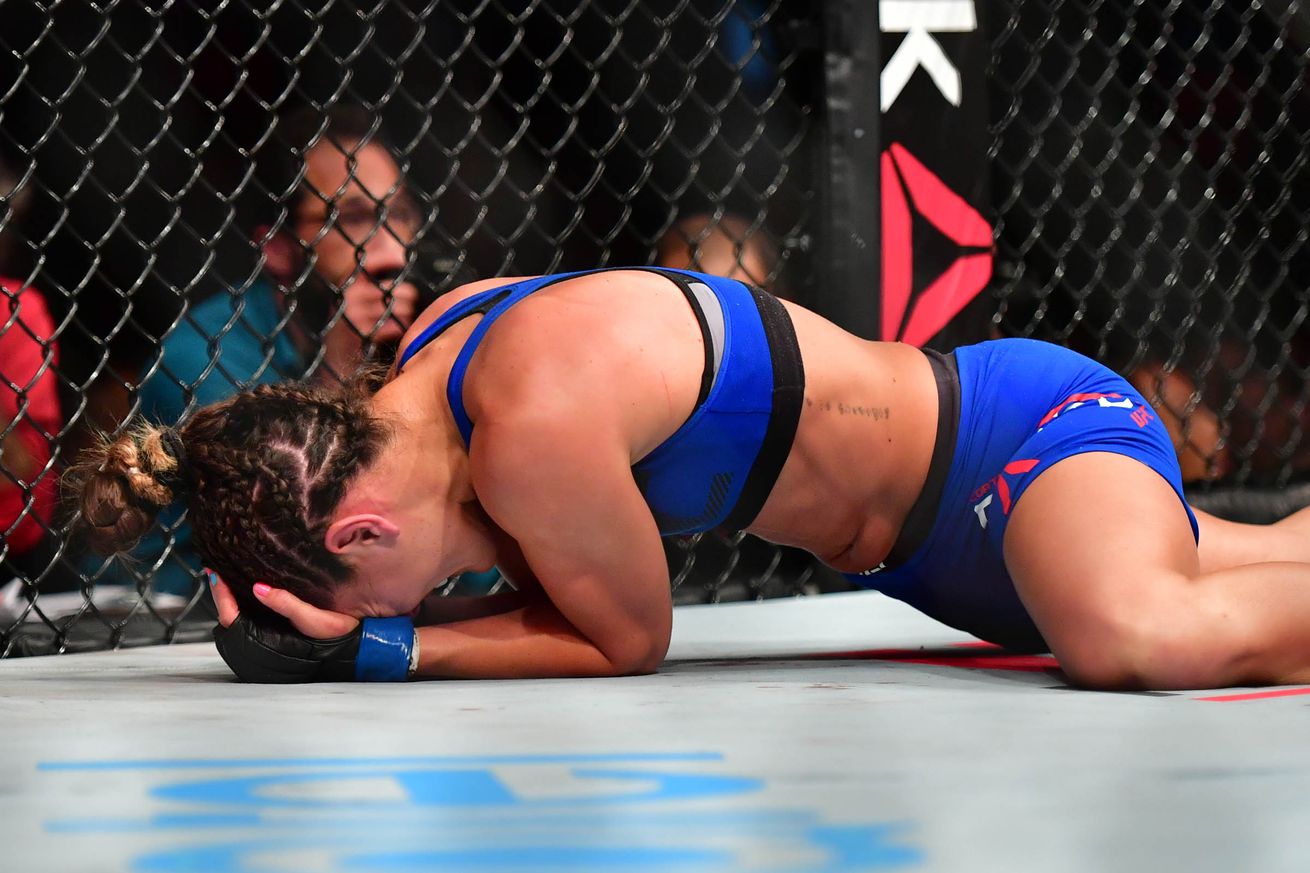 If it weren’t daunting enough for Cortney Casey to go into Brazil and take on women’s strawweight No. 1 contender Claudia Gadelha, the aftermath of the fight may have pushed things over the edge.

Casey appeared to take a blatantly illegal kick to the head while she was on the ground during the third round in her fight with Gadelha at UFC Fight Night 100 in Sao Paulo. Though there was a halt to the action, at the time referee Fernando Portello didn’t issue Gadelha any kind of warning, and no point was deducted, even as Casey appeared to be noticeably affected by the kick. And after conferring with cageside physicians, Casey said she was able to continue.

The head kick ultimately wouldn’t have mattered in terms of a point deduction, anyway. She ended up losing the fight via a one-sided unanimous decision 30-27 on all three scorecards.

Yet, the new question became — did she actually get kicked in the head? Fans began to accuse Casey of exaggerating the blow — which many believe never really connected — to try for an advantage in a fight she was losing. The Brazilian MMA Athletic Commission’s COO Cristiano Sampaio went one step further, putting out a statement to MMA Fighting that Casey had “forged” her injury, saying the kick didn’t land. Sampaio even went so far as to say that Casey conduct was “wrong and unsportsmanlike.”

The 29-year-old Casey saw that statement — as well as all the other accusations on social media — after she got back home to Maui. The comments caught her off guard, as she said those kind of theatrics were the last thing on her mind.

“I wasn’t thinking any of that,” she told MMA Fighting. “In my head, I’m thinking this is a ‘no-contest.’ ….View full article