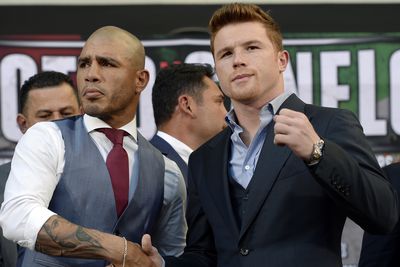 MMAmania will have LIVE coverage of “Cotto vs. Canelo,” starting with the HBO PPV broadcast at 9 p.m. ET.

Elsewhere on the stacked four-fight PPV card, Takashi Miura defends his WBC Super Featherweight belt against Francisco Vargas, Guillermo Rigondeaux steps up to the Featherweight division to face Drian Francisco, and Jayson Velez puts his unbeaten record on the line against Ronny Rios.

But we all know what you’re here for: Let’s see if we can’t figure out who will win the anticipated Middleweight championship main event.