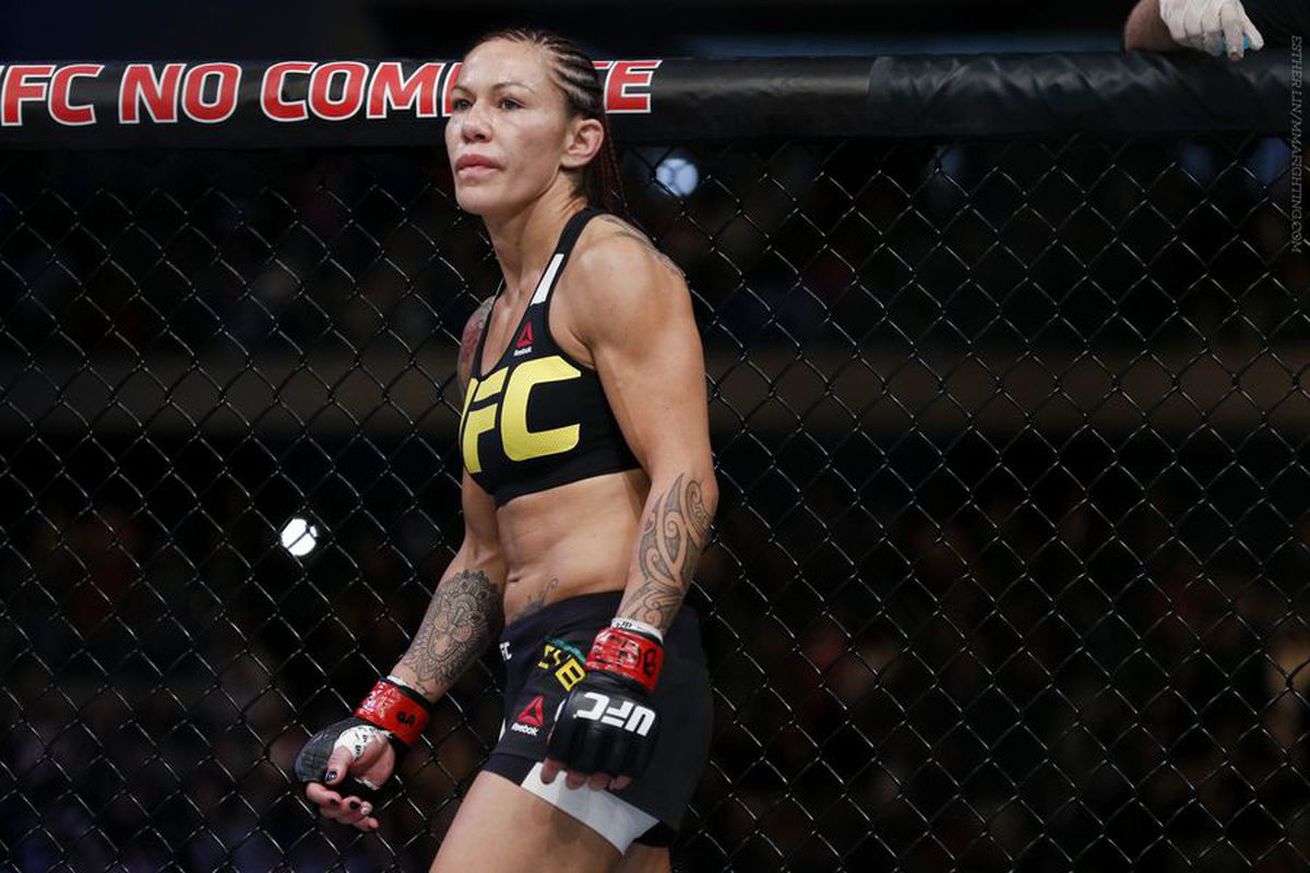 Cris Cyborg will finally get the opportunity to win Ultimate Fighting Championship (UFC) gold as she is lined up to face Tonya Evinger for the vacant Featherweight title at the upcoming UFC 214 pay-per-view (PPV) event in Anaheim, Calif., on July 29, 2017 (see how that bout came to be here and here).

And even though she isn’t overlooking her late replacement, Cyborg has been met with questions about the possibility of facing former UFC women’s Bantamweight champion Holly Holm as a potential first title defense. During a recent appearance on “The MMA Hour,” the fearsome striker answered the question with a profound, “Yes.”

According to Cyborg, it’s a fight she has wanted for quite some time:

“I had already accepted to fight Holly when Ronda fought Cat Zingano. I accepted to fight her in Curitiba at 140 (pounds). I accepted to fight her in Brasilia for the main event. I asked for her before she fight Bethe Correia, and then when Megan Anderson pulled out, I felt it was good opportunity to fight her. I think a fight with her will be great for all of the fans. She’s already fought at 145 with de Randamie, they say she lost, [but] she won. If this makes opportunity for her to fight with me I don’t know. She just won against Bethe Correia and I think she is the biggest name for the next fight and I think she is a great fighter. I think it will be really nice.”

Holm recently got back on the winning track following a three-fight skid, knocking out Bethe Correia in the main event of UFC Fight Night 111 a few weeks ago (relive it here). Of course, that fight was contested at 135 pounds, but “The Preacher’s Daughter” is open to fighting at 145 pounds if it means she gets another crack at the title after coming up short against Germaine de Randamie at UFC 208 earlier this year.

And since UFC’s female Featherweight division doesn’t exactly have a full roster just yet, don’t be surprised to see Holm back at the big dance — possibly against Cyborg — sooner rather than later.