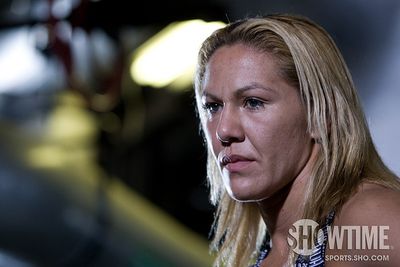 What ensued was an all-out Twitter war between he and the former Strikeforce featherweight champion, one that began after Rogan and Hinchcliffe suggested she had a penis.

Material Tony says he would use if he ever had the chance to roast “Cyborg.”

“That would be amazing, I wouldn’t even know where to begin. Where would I start?” – Tony.

“That she’s the only person who cuts weight by chopping off her dick.” – Tony.

Listen to the audio below courtesy of Zombie Prophet:

Joe Ragan, Dana White and some guy joke about @criscyborg having a dick…. pic.twitter.com/9CCPtICFTN

Of course, Cyborg wasn’t about to take it lying down, as she took to social media to go tweet-to-tweet against Tony:

You took male hormones & it shows. I couldn’t make that joke about Holly or Ronda cuz they’re feminine..like my mom. https://t.co/nWHmA4Pv6s