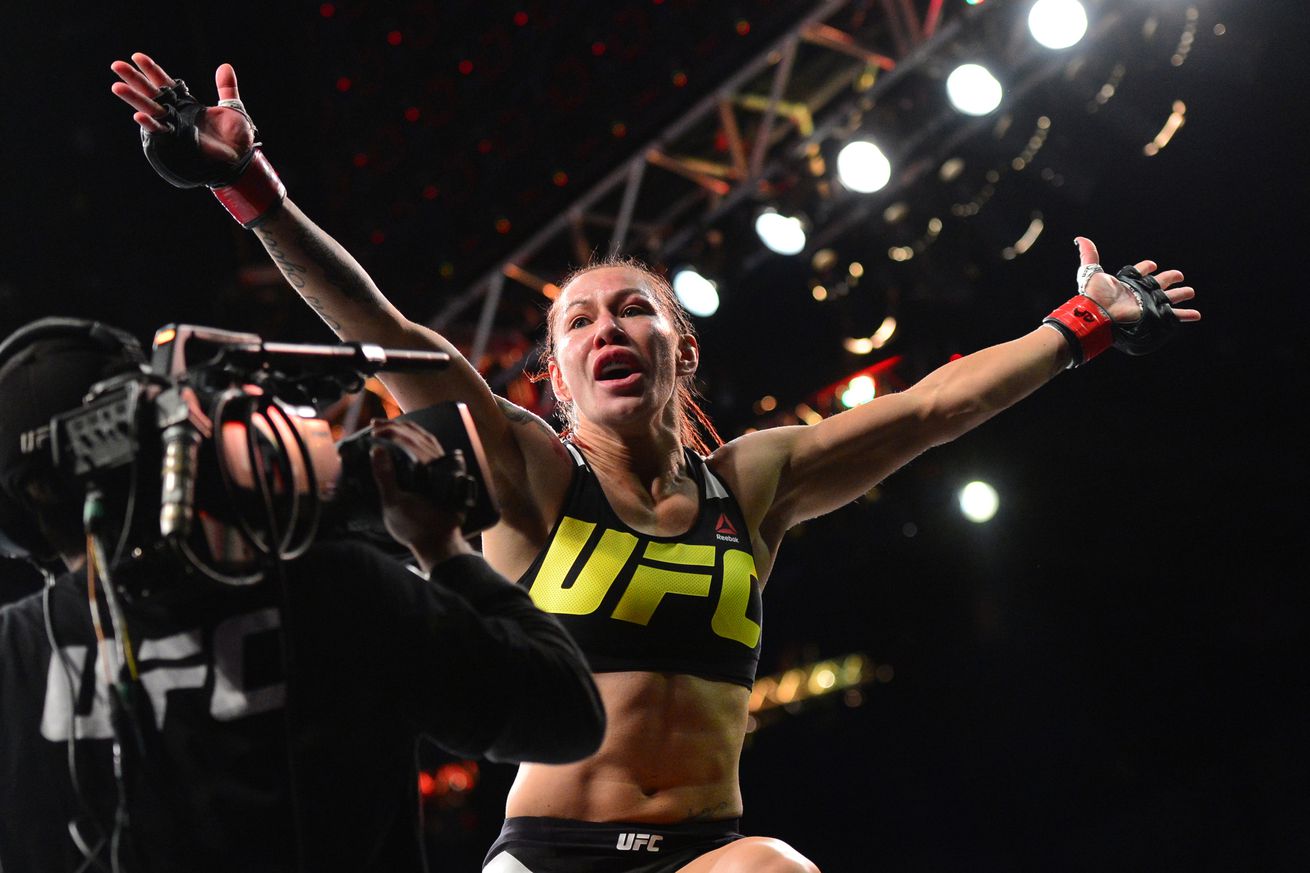 At least for a little while. That’s because Cris is taking it all in after she made a successful Octagon debut with her first-round destruction of Leslie Smith at last night’s (May 14, 2016) UFC 198 pay-per-view (PPV) event in Curitiba, Brazil.

That’s why Cyborg didn’t even bother calling out “Rowdy,” despite doing so every chance she gets in years past. As she explained during the post-fight presser (video replay here), last night was all about her historic moment.

Her words via MMA Fighting:

“I believe that it was my moment, tonight was my moment and it was historic. I never thought I’d be sitting here tonight. So take a lot of pictures. I never thought I’d be here after everything that I went through. It was a historic moment for me. Talking about [Rousey] is not something…it’s something people are going to talk about, but I let my fans decide who my opponent will be and I just be ready.”

Despite an impressive win, it will likely be a while before we see Cris back inside the eight-walled cage. After all, she is still the Invicta FC Featherweight title holder, which means she has plenty of work to do there.

And since Cris still can’t make the 135-pound weight limit to fight at Ronda’s weight class, a potential scrap between the two is still way off.

Until then, Cyborg will have to settle for catchweight fights of 140-pounds if she wants to experience UFC glory once again.