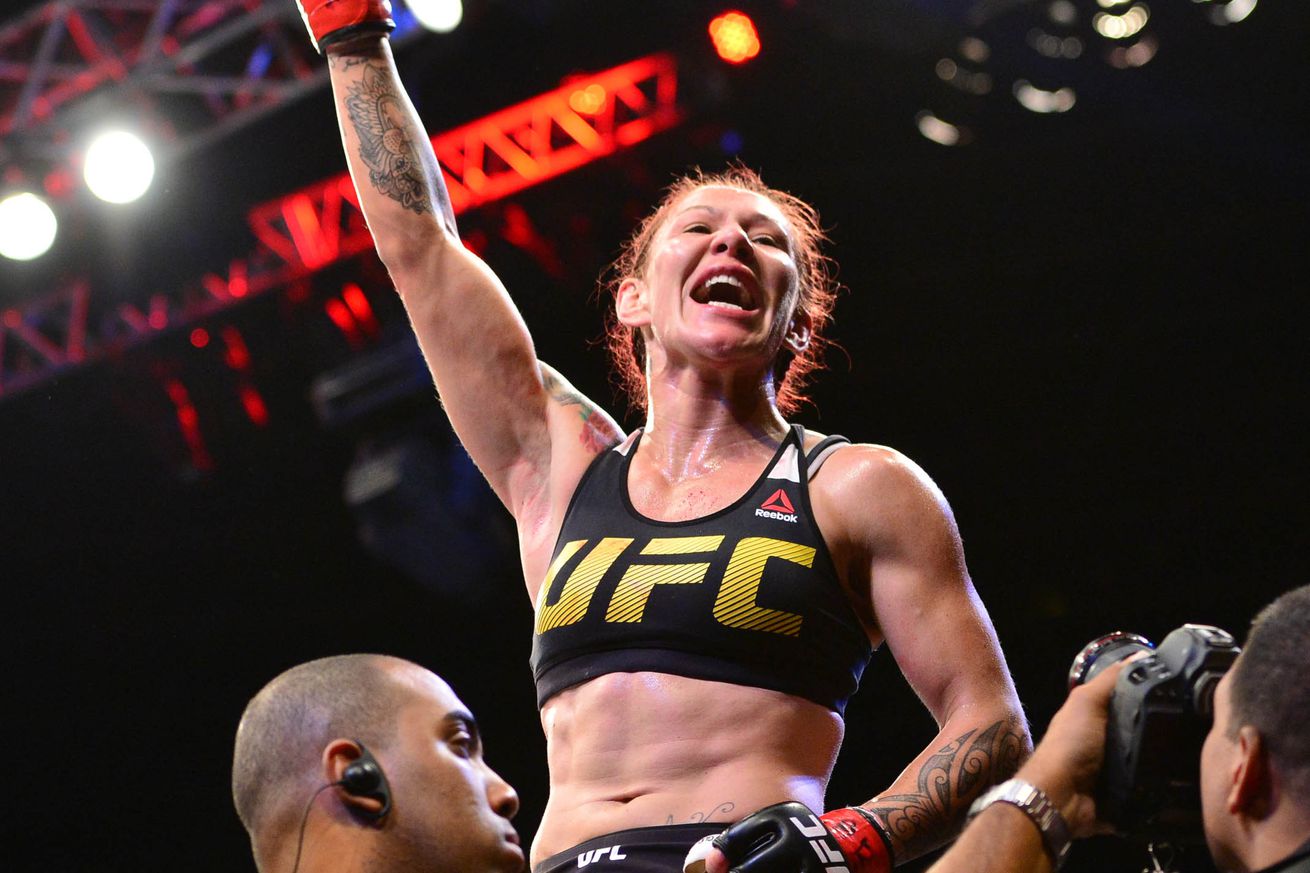 No talent My division? No respect. Every Champion the UFC has had at bw fought 145. B4 ronda there was Cyborg no matter how u manipulate media

Cyborg’s two UFC victories were impressive, but expected, adding two predictable technical knockout wins to her resume. She is naturally intimidating, carrying a reputation as the most feared and ferocious woman in the sport today. However, she has yet to fight any of the top Bantamweight fighters that UFC has to offer. And it doesn’t seem as though White is interested, at least for now, of making any major changes that would cater to the Brazilian.

“I actually run the business, I know what’s going on,” White continued. “She can say it’s BS, but I know. The reality is this: Cris Cyborg is devastatingly good — she has been destroying everybody. Her popularity is starting to [go up]. She’s getting bigger. Everybody wants it right here, right now, but it doesn’t happen that way.”

The anticipation of a possible “mega” fight between Ronda Rousey and Cris Cyborg has mixed martial arts (MMA) fans foaming at the mouth. “Rowdy,” though has to get through Amanda Nunes at UFC 207, which takes place at T-Mobile Arena in Las Vegas, Nevada, on Dec. 30, 2016, and that’s no cakewalk.

In the meantime, Cyborg needs to fight a bigger name — and more talented — opponent such as Valentina Shevchenko, Miesha ….View full article