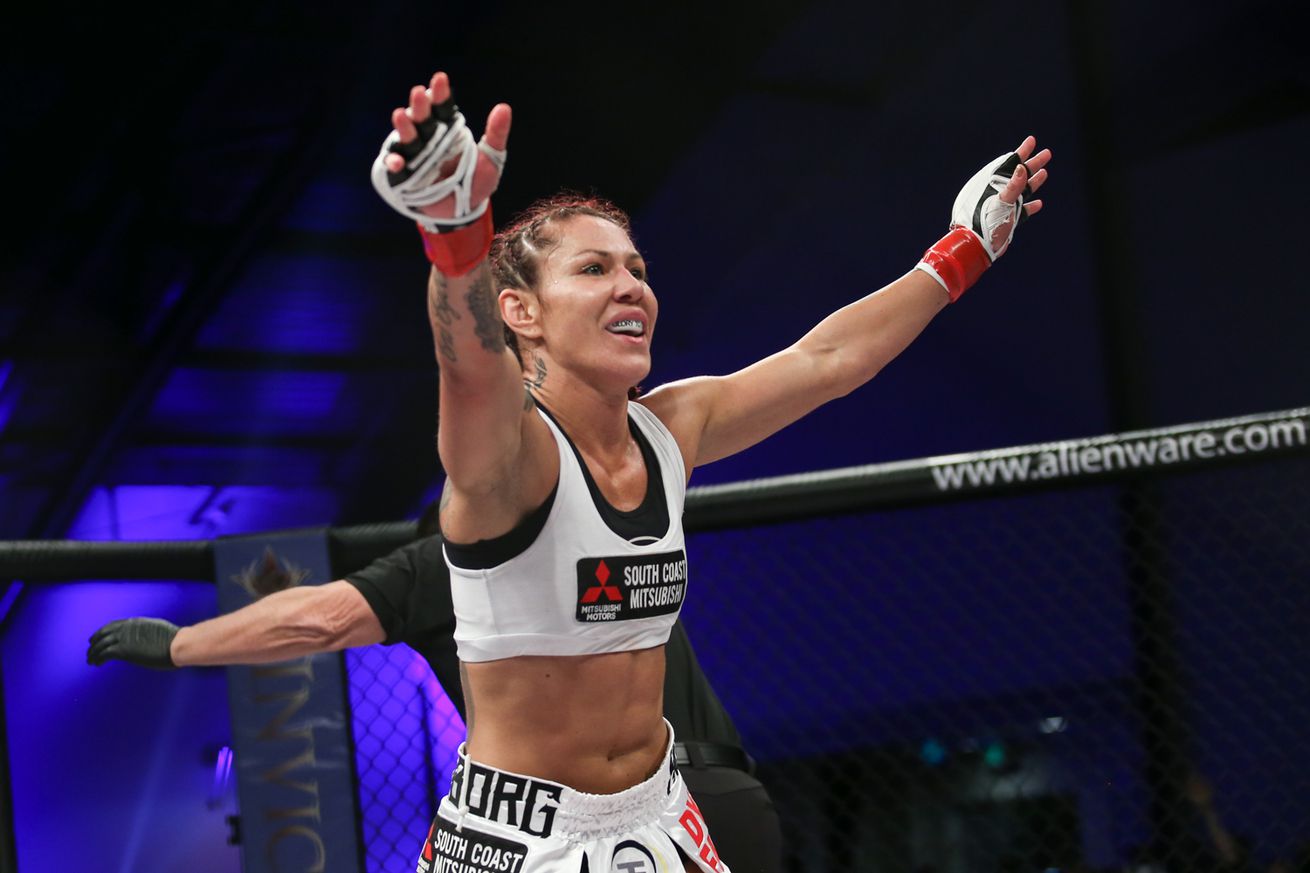 Cris Cyborg will be back in the Octagon sooner than expected.

A USADA committee has granted the UFC women’s star a retroactive therapeutic use exemption (TUE), it was announced by the UFC’s anti-doping partner Friday. Cyborg will be eligible to compete again immediately.

Cyborg, 31, tested positive for the banned diuretic spironolactone in December and was provisionally suspended by USADA on Dec. 22. If she did not receive the retroactive TUE, she would have been facing a one-year ban from the UFC. Cyborg said at the time that she was given the drug by her doctor to treat medical issues from a severe weight cut in September.

According to a USADA release, after a “thorough investigation of the circumstances that preceded her positive test,” including a review of medical history, the agency accepted her explanation that using the diuretic was “in accordance with her physician’s recommendation for the treatment of a legitimate medical condition.”

USADA said in the statement that Cyborg participated in multiple interviews with USADA’s investigative team and allowed the agency to interview her doctor as well.

To get a TUE under the UFC’s TUE policy, athletes have to submit medical records showing a verifiable medical diagnosis and real medical need. At least two members of USADA’s independent TUE Committee, which consists of medical experts and scientists, must review the TUE application and then a recommendation is made about how to proceed.

The TUE Committee found that spironolactone was a legitimate medical need for Cyborg and her doctors “pursued and exhausted all non-prohibited alternatives.” The low dose of the medication was also consistent with best medical practices to treat her condition, not a performance-enhancing dosage.

Cyborg posted a statement to her official Facebook page after the announcement:

I am extremely happy that USADA took the time to carefully review the detailed TUE application that I submitted, and agreed that my use of the prescription has always been medically justified. I look forward to returning to the octagon as soon as possible, and proving that I am the Pound for Pound champion of WMMA. I would also like to thank my fans for their continued support, who made a very difficult time easier for me.

Cyborg (17-1, 1 NC), the current Invicta FC women’s featherweight champion, is the most dominant female MMA fighter in history. She should now be in line for a UFC women’s featherweight title shot against new champion Germaine de Randamie, who defeated Holly Holm in a controversial unanimous decision last weekend at UFC 208. Cyborg has not lost since 2005, her pro debut, and has finished every opponent since 2008.

The Brazilian star has had a past history of performance-enhancing drug use. She tested positive for an anabolic steroid in 2011 and was suspended and stripped of her Strikeforce title.