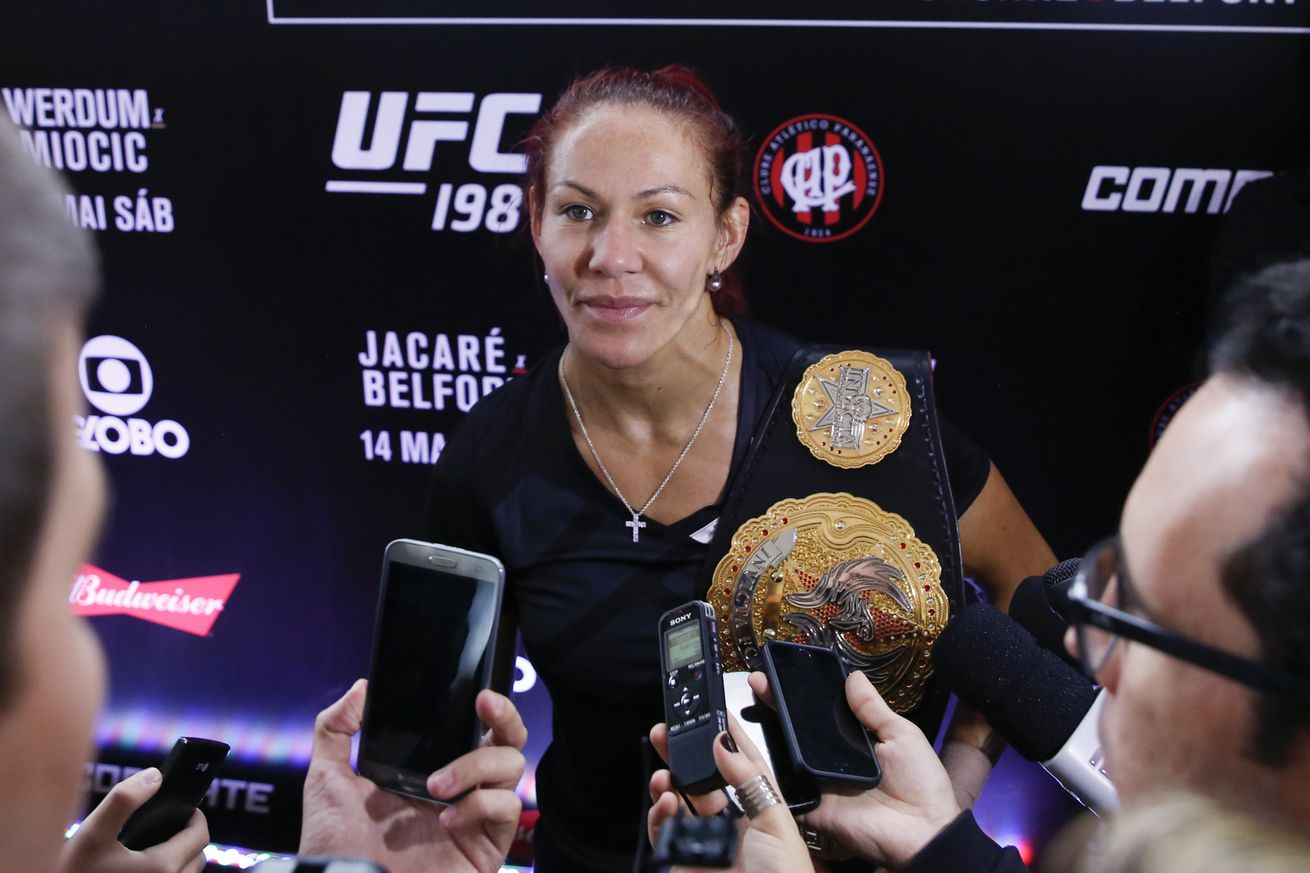 CURITIBA, Brazil — Cris Cyborg is set to make her UFC debut Saturday against Leslie Smith, but the UFC had other opponents in mind for the Brazilian.

The Invicta FC featherweight champion faces Smith in a 140-pound catchweight bout, and former UFC bantamweight champion Holly Holm was one of the fighters who turned down the offer.

Holm, who mentioned in the past that she would move up to fight Cyborg if offered, will now face Valentina Shevchenko in the main event of UFC on FOX 20.

“People say what they want in interviews, but when they get a contract they say other things,” Cyborg said of Holm’s decision during a media scrum. “I think it’s business. She wants to fight for the belt first. She’s coming off a loss and wants to get a win back. I guess that’s her team’s plan.”

Cyborg wouldn’t call Smith an easier match-up than Holm, just a different type of opponent. In fact, they even trained together once in the past.

“She had a fight coming up and asked if she could train with me,” said the Brazilian. “She went to my gym and we sparred. It was more like boxing with takedowns. It was cool. She said that I helped her get confident for her fight.”

“They are different fighters,” Cyborg said of Holm and Smith. “Holly Holm was a boxer for a long time and Leslie Smith comes from muay thai. It’s different. Holly is more defensive, while Leslie comes forward.”

Used to train for 25-minute fights when defending her Invicta FC 145-pound belt, Cyborg plans on scoring a finish in her UFC debut.

“I always train to fight five rounds, and this is a three-round fight. I have three rounds to finish the fight,” she said. “Leslie is a good fighter with a big ….View full article