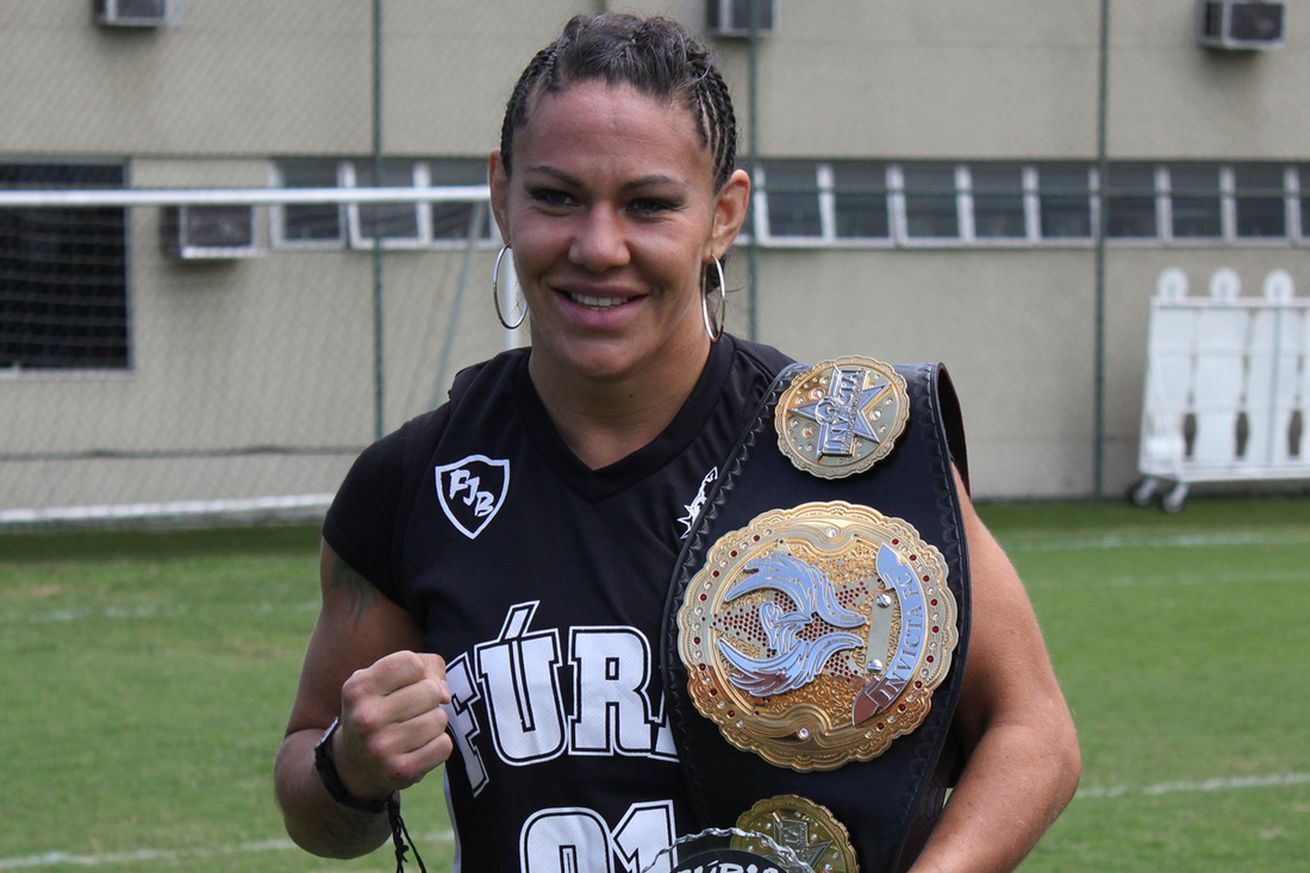 The UFC announced on Thursday that the United States Anti-Doping Agency (USADA) notified Cris Cyborg of a potential violation stemming from an out-of-competition drug test administered on Dec. 5.

Cyborg, who is one of the most tested UFC fighters in the USADA era, talked briefly to MMA Fighting after the promotion made the announcement.

The Brazilian fighter declined to reveal which substance she popped up for, but said that it was something to recover from her recent brutal weight cut for UFC Fight Night 95 on Sept. 24, when she defeated Lina Lansberg.

Cyborg (17-1, 1 NC), who turned down opportunities to fight Holly Holm and Germaine de Randaime for the inaugural UFC featherweight championship because of health issues, is 2-0 under the UFC banner.

Cyborg’s boyfriend Ray Elbe posted on The Underground that Cyborg has not tested positive for a steroid.

“Not for a steroid, and she has a prescription as part of the post fight therapy she’s been receiving due to the severe weight cut,” he wrote. “This has been known for a few days, and Cris doctor has been in direct contact with USADA turning over all the necessary patient files to document the reasons Cris needs the medication.”

The current Invicta FC featherweight titleholder failed a drug test in 2011, after defending the Strikeforce 145-pound belt against Hiroko Yamanaka. The Brazilian, who won that fight in 16 seconds, failed a drug test for stanozolol.