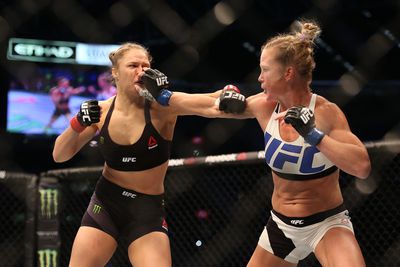 The Brazilian rival of Rousey finds the perfect opportunity for some social media revenge after the latter’s knockout loss in Melbourne.

After months — let alone years — of bearing the brunt of Ronda Rousey’s attacks and accusations, now is the time for a little payback, courtesy of longtime mixed martial arts (MMA) rival of “Rowdy,” Cristiane “Cyborg” Justino.

Why you always lyin’, Ronda?

I don’t understand why you would decide to be a #DNB when you’re getting kicked in the head pic.twitter.com/QGbCvwj70f

Even fellow “Fight Valley” co-star Miesha Tate joined in on the fun.

Rousey was supplanted by the former boxing champion Holm in an unforgettable showing (recap), where ….View original article