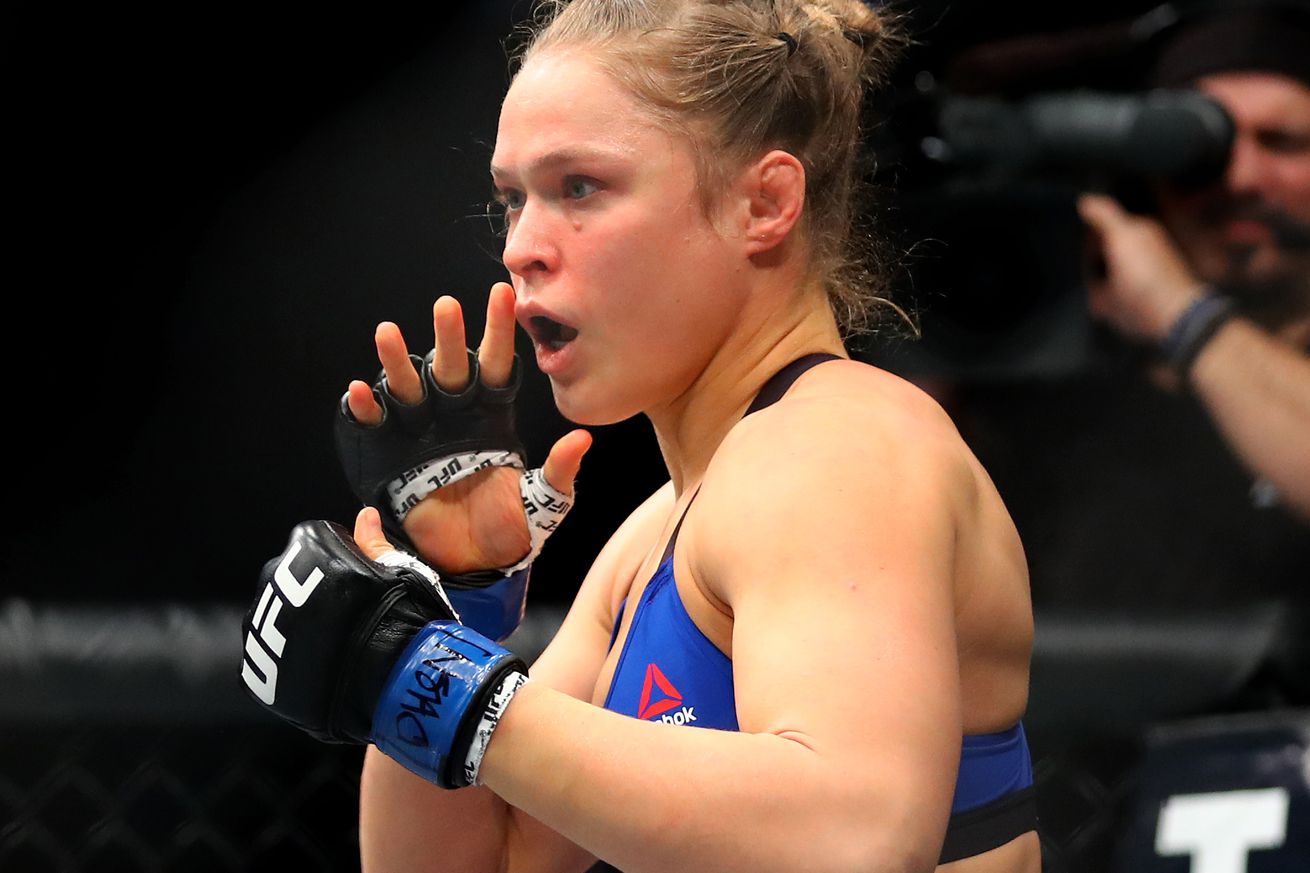 Former Ultimate Fighting Championship (UFC) women’s Bantamweight queenpin, Ronda Rousey (12-2), has been in the headlines all week … and not in a good way.

As everyone knows, Rousey was pummeled in just 48 seconds by reigning 135-pound women’s champion, Amanda Nunes (14-4) — who is getting roughly one-quarter of the spotlight as “Rowdy” has since the rout. Who can blame the media, though? Indeed, Rousey’s meteoric rise and fall is nothing short of incredible.

Nevertheless, a familiar Rousey foe — who she has yet to fight … and probably won’t now — Cris Cyborg (17-1, 1 NC) now steps back into spotlight. Her boxing coach, Jason Parillo, recently commented about the possibility of “Rousey vs. Cyborg” occurring after everything that has transpired.

“If you ask me, that fight’s over,” said Parillo. “That fight was just holding on by a string as it was because, if you ask me, Ronda was never going to agree to that fight. We’re talking about a girl that’s just been knocked out, twice. Cris is dominating her division. The hype for that is starting to tilt away, I think. I think they’ll be more hype for Amanda Nunes vs. Cris Cyborg. It’s hard to see them ever matching up. They couldn’t get it together before the fight. This just set her back a whole lifetime.”

While it doesn’t look like Rousey vs. Cyborg is going to happen anytime soon — or should happen at all for that matter — Parillo has extended a very kind gesture to Rousey, inviting her to come and train with the Brazilian wrecking ball.

“They could train together, now,” said Parillo. “Cris could help Ronda improve. I wouldn’t mind seeing Ronda come down and work with Cris a little bit.

“These girls are both so young,” he continued. “Cris is 30, 31 years old. I don’t see her going anywhere for the next four or five years. A lot can happen in four or five years. If Ronda is a hungry fighter and still wants to prove to be the competitor and athlete that she is, she’s got plenty of time to come back and do that.”

Before Holm and Nunes blasted Rousey, the talk of a “super fight” between Rousey and Cyborg was definitely alive and well. While fans and media were speculating what would happen in that fight — before her first-ever defeat, of course — Cyborg’s team knew exactly what would have happened.

While an invite from Parillo has been extended to UFC’s biggest superstar to train with Cyborg, Rousey must decide first if she even wants to continue competing in MMA.