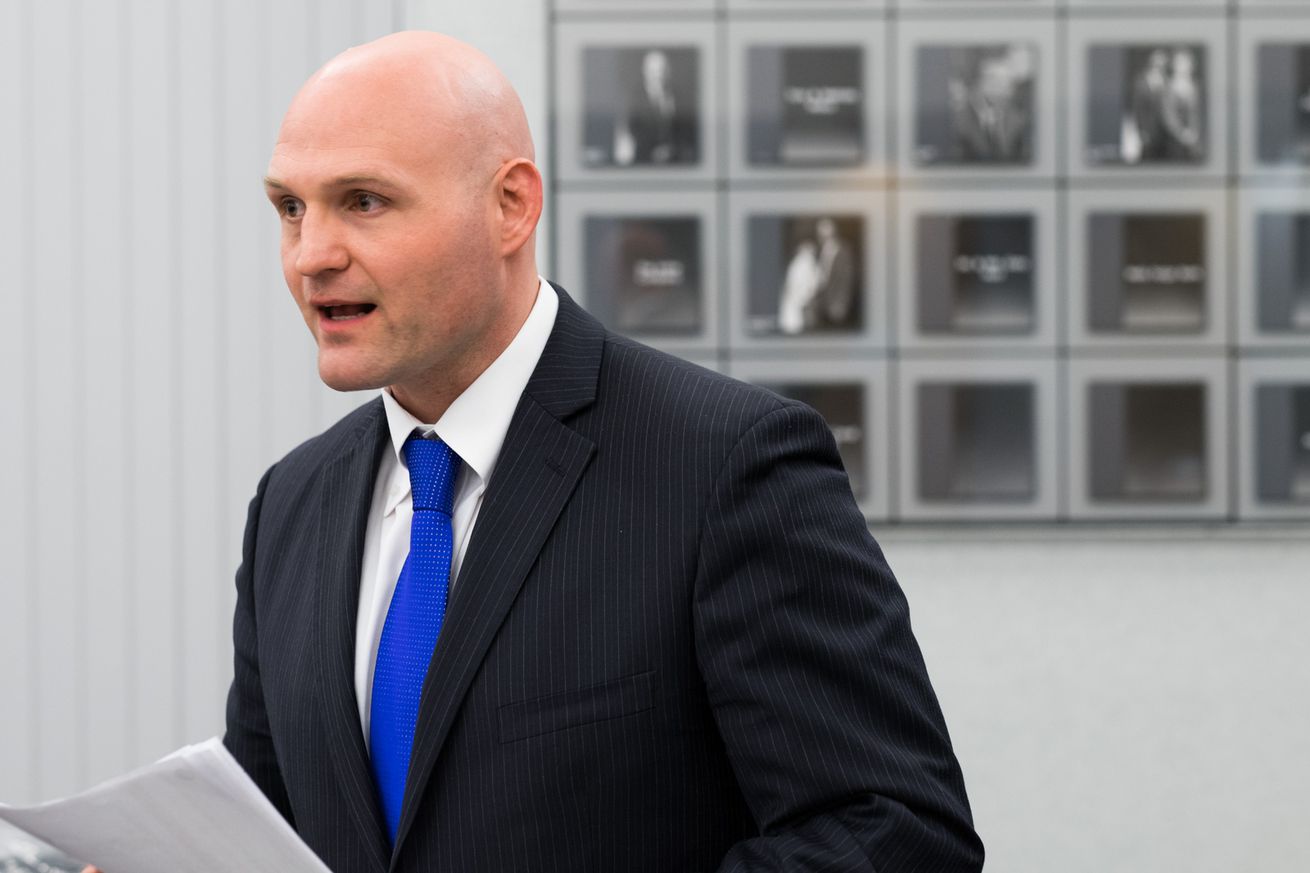 LOS ANGELES — MMA’s weight-cutting and severe dehydration problem is persisting. So is the search for new solutions.

The California State Athletic Commission (CSAC) has exacted a new rule that will fine a fighter’s win bonus in addition to his or her show money when that fighter misses weight, executive officer Andy Foster said at a commission meeting Tuesday.

Foster has the ability to make the change administratively in language added to fighter bout agreements and he informed the commissioners about the alteration Tuesday. Foster told MMA Fighting the change would be implemented as soon as he can get new contracts drafted.

Previously, CSAC fined fighters 20 percent for missing weight, with the money coming out of their show money only. Half of that percentage went to the opponent and the other half went to the commission. Now, in addition to that, a fighter who misses weight will have his or her win bonus fined 20 percent, with that full total going to the opponent. The win bonus fine will only come into play, of course, if the fighter who misses weight is victorious in the bout.

Foster said the win bonus in MMA should be treated as part of the purse by the commission in these circumstances, adding that just a 20-percent fine of the show money is “not enough deterrent” for fighters to make weight. He added that giving more money to the opponent who makes weight and then loses to a fighter who missed weight would hopefully “take some sting off them.”

In addition to that change, a host of potential new provisions to combat extreme weight cutting were discussed. CSAC chairman John Carvelli launched a sub-committee to further go over possible changes to California regulations with weight cutting in mind. Carvelli told MMA Fighting that he expects the sub-committee to come up with a package of rules for the commission’s next meeting, May 16 in Costa Mesa.

Among the potential proposals brought up by Foster on Tuesday were licensing fighters by weight class with additions to the licensing application; random weight checks; asking fighters whether they have ever missed weight before in the application questionnaire; and having promotion matchmakers submit the weights of the fighter to the commission when the bout is signed. Also, an increase in the 20-percent fine on fighters who miss weight was mentioned.

On the license application, Foster said he would ask fighters what their lowest desired weight class would be, and if they get booked into a fight at a lower division than that, they would need a doctor’s clearance. The ringside physician at the event would also be able to use the weight the fighter was at during the licensing examination (usually months earlier), in addition to typical medical procedures, to determine if he or she undertook an extreme weight cut.

“Often times, fighters are hydrated and they have not weight cut for the licensing physical,” Foster said. “They often walk into the licensing room to the doctor at what they walk around at.”

Foster, who is the chairman of the Association of Boxing Commissions and Combative Sports (ABC) medical committee, said that committee would also address the addition of weight classes for a second straight year. New weight classifications (125 pounds, 135, 145, 155, 165, 175, 185, 195, 205, 225, heavyweight) were recommended last year by both the ABC medical committee and the MMA rules and regulations committee, but were tabled in part because they didn’t have the full support of promoters.

“Fighters are gonna take every advantage they possibly can,” said Foster, who was a professional MMA fighter for three years. “They’re looking at us to help them. They’re not wanting to cut 30 pounds. They don’t want to do that. The only reason they’re doing that is because their opponent is gonna do it.”

CSAC commissioner Luis Ayala brought up the possibility of doing a weigh-in the same day as the event with the hopes to curtail a drastic weight cut. That has been discussed by other commissions, but doctors and other experts fear some fighters will still cut weight and then go into the cage dehydrated, leaving them more susceptible to traumatic brain injury, among other things.

Dr. Vernon Williams, a neurologist who sits on the California commission, said the major problem with cutting weight is that it is ingrained in the culture of mixed martial arts, even though the advantage it has — the feeling that being the bigger fighter in the cage is better — is debatable, if not outright medically and scientifically incorrect.

“It’s really difficult to fight culture,” said Williams, who recommended more education for athletes. “Once something is ingrained, everybody just believes that’s so.”

CSAC championed the enactment of the early weigh-in last year and eventually passed it as a rule after discussions at a weight-cutting summit in December 2015. The UFC adopted the early weigh-in across the board beginning in June 2016.

Holding the weigh-ins in the morning on the day before the event was recommended by doctors because it gives athletes more time to recover from their weight cut before stepping in the cage. It has also allowed fighters to spend less time dehydrated, because the early weigh-ins are being held at the fighter hotel rather than another venue. The primary goal was to keep dehydrated athletes out of the cage, thereby reducing health risk. The vast majority of fighters are in favor of an earlier weigh-in.

However, an unexpected side effect is that exponentially more fighters have missed weight since the advent of the early weigh-in program. Before it began, only one fighter in the UFC missed weight last year. From UFC 199, when it started, until the end of the year, more than a dozen fighters missed weight.

This year already, five UFC fighters have missed weight and three fights have been canceled at the last minute due to complications exacerbated by weight cutting, including the UFC 209 co-main event when lightweight star Khabib Nurmagomedov had to be taken to the hospital.

“I’m concerned about somebody dying in the industry for no good reason,” Foster said. “This is a pointless reason to risk your safety.”