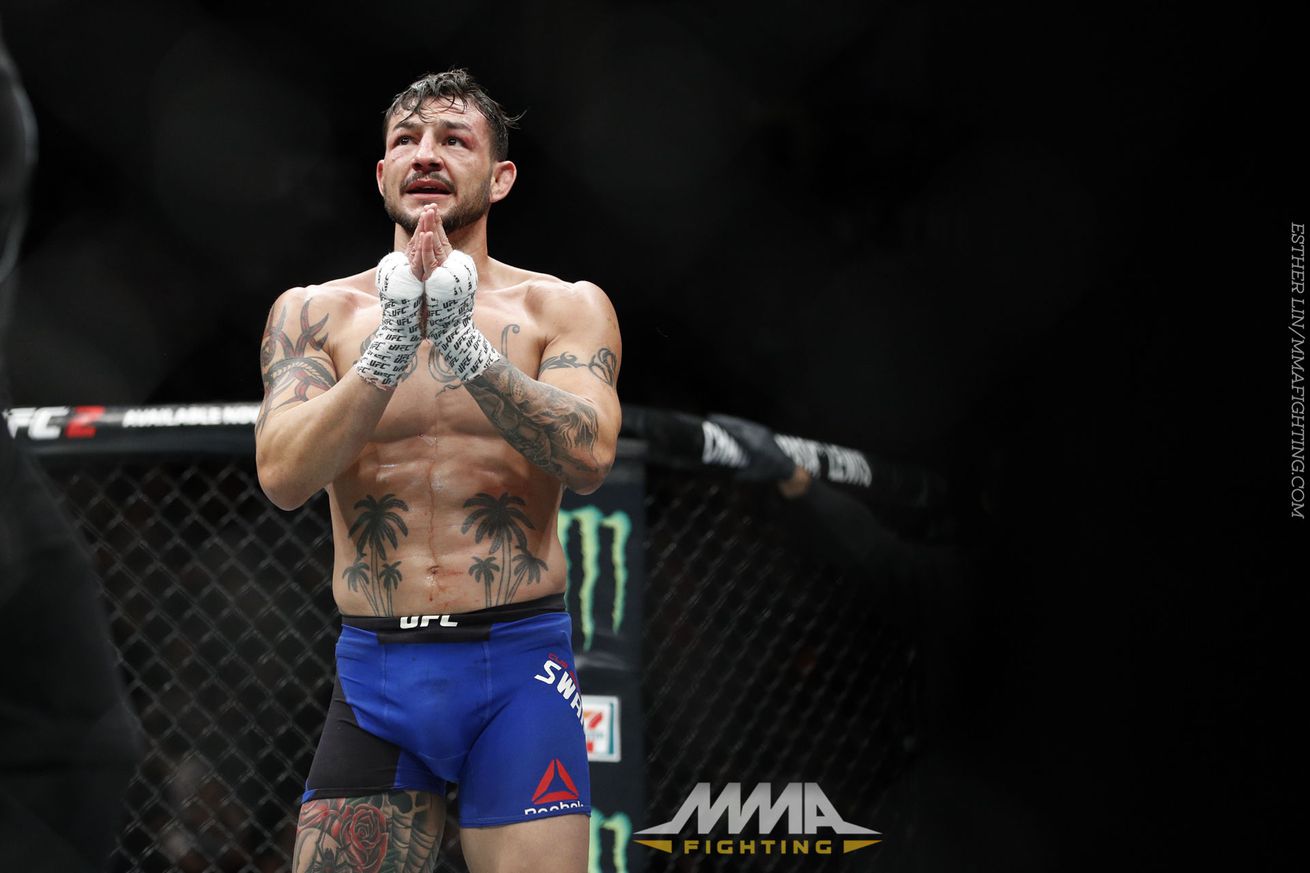 Cub Swanson has to admit the thought of retirement has gone through his mind.

The JacksonWink vet took personally the fact Doo Ho Choi was the betting favorite going into their UFC 206 fight, despite Swanson’s 30-fight career against many of the top names in the featherweight division.

“I mean, at this stage of my career, I enjoy what I do and I take it one fight at a time,” Swanson said on Monday’s edition of The MMA Hour. “But to fight a guy like [Choi] and be an underdog was a little disrespectful. For me, that tells me people think you’re on your way out, and I hate that.”

Swanson, of course, responded to the slight in spectacular fashion, by going toe-to-toe with Choi for 15 tremendous minutes of action at Toronto’s Air Canada Centre and earning a unanimous decision victory.

“When I lost the two fights, I got knocked back, and it took me awhile to get back,” Swanson said. “So I’ve won three in a row against pretty tough guys, I’m back up in the mix. I should let that speak for itself.”

Swanson is confident he’ll get a a big-name fight next. But he’s never going to be one to go begging for the opportunity.

“I think they’ll come at me with a big fight,” Swanson said. “I’m just not into the whole begging for a title fight, managers try to get a whole campaign going. … If you want to give me the title shot, then just give it to me, I’ll show up and I’ll perform, but for me, my fighting speaks for itself.”