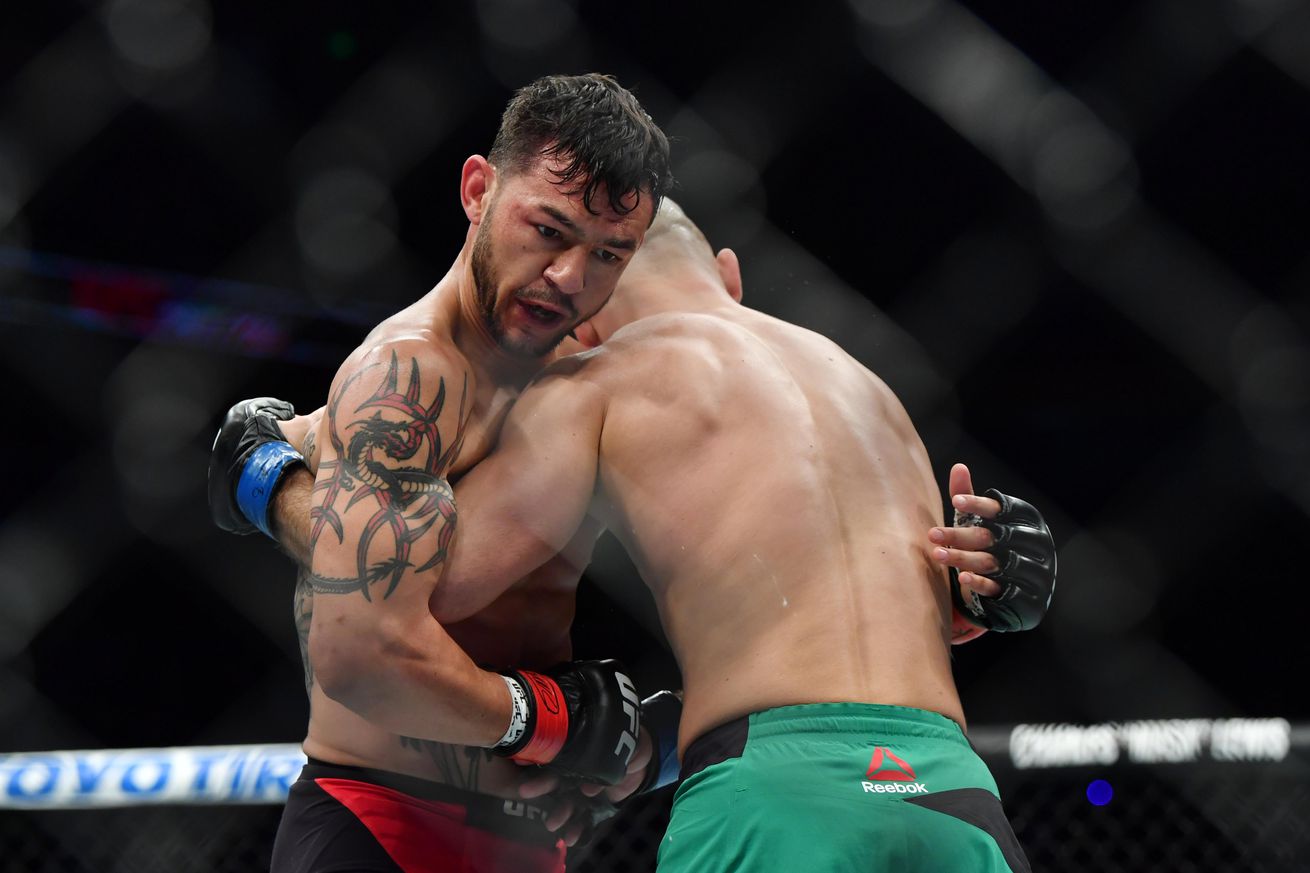 Streaking UFC featherweight contender Cub Swanson may have dominated Artem Lobov last weekend at UFC Fight Night 108 to the tune of a unanimous decision win, but the wily veteran did not escape the Octagon unscathed. After hitting Lobov a grand total of 209 times over the course of five rounds, Swanson revealed earlier this week that he broke his hand along the way.

“Unfortunately, I just got back from the doctor’s (office), and I don’t know when, but I broke my hand at some point (in the fight),” said Swanson during an interview with FOX Sports. “That’s the 10th time I’ve broken my hand now, so it’s been a little bit of a problem.”

While Swanson showed no signs of the ailment during his one-sided beatdown of “Russian Hammer,” it doesn’t bode well for the veteran that this is the 10th time he has broken his hand. Swanson figured something was wrong whenever he landed hard shots on Lobov, but didn’t know the severity of his injury during the fight.

“I was only throwing single shots because he had the hardest head,” added Swanson. “Every time I was hitting him by the third, fourth and fifth rounds, every time I hit him, my hands were just aching. Turns out one of my hands was broke.”

As long as Swanson can heal quickly and remain active, he’ll have no trouble pushing towards a shot at featherweight gold by the end of 2017 or early into next year. He’s easily one of the more exciting strikers in the division and an important piece in the ongoing title picture.