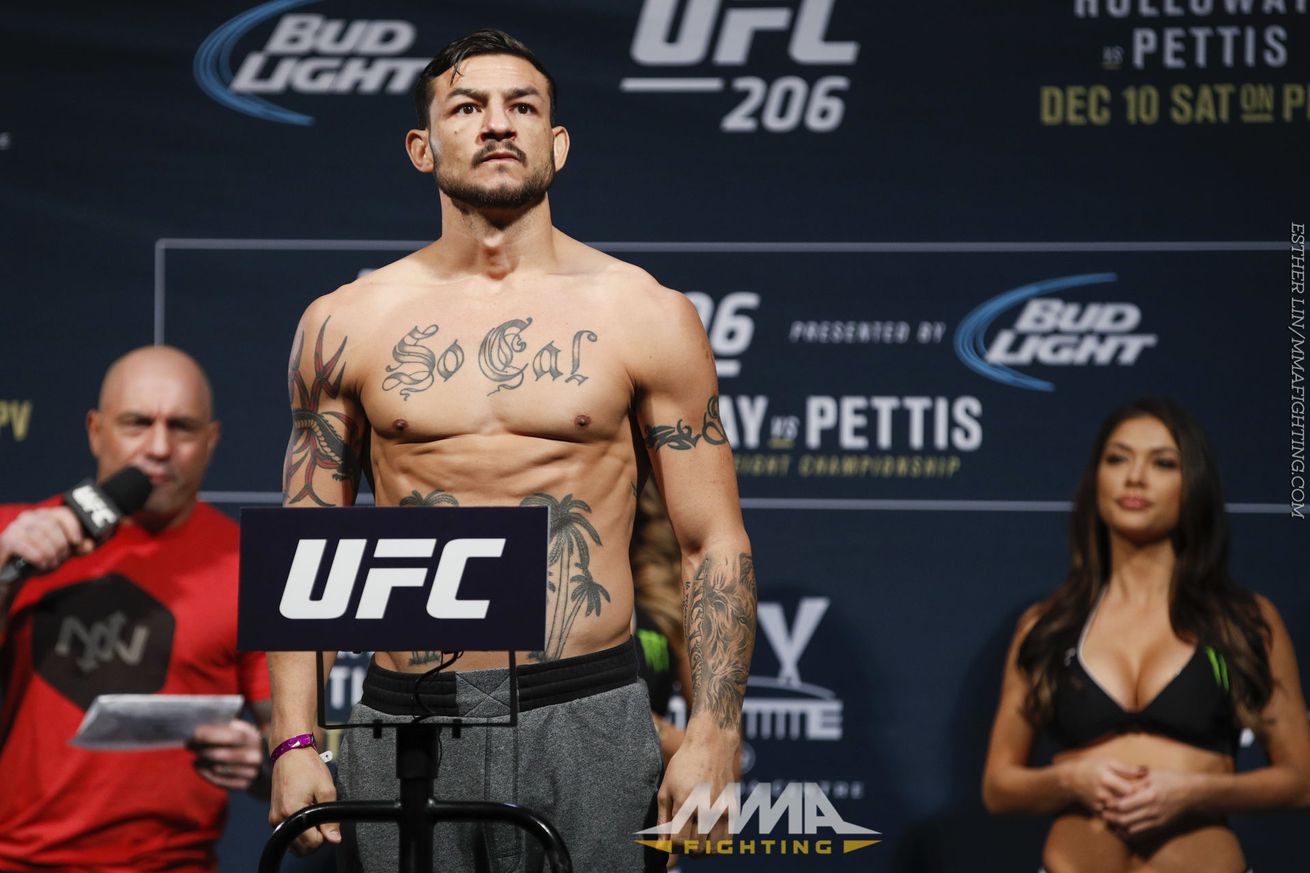 TORONTO – In many ways, UFC 206 is a liberation card for the featherweight division. After the UFC stripped Conor McGregor of the 145-pound title, no longer is everyone else captive to his ambitious whims. Max Holloway will finally get his shot for a title after nine straight victories, and Anthony Pettis…well, after missing weight, he has to win to get the chance to fight Aldo.

Holloway said during a recent appearance on The MMA Hour that everything has become “super-clear” at featherweight now that the landlord has himself been evicted. And one other player in the division is also happy to see him go.

“I think a lot of people look at it like, oh man, this division sucks now, but I couldn’t be happier,” Cub Swanson said at the Ultimate Media Day on Thursday. “I think what he was doing to the division was ridiculous. I thought the way it was handled was stupid. There’s only one belt, and you hold it hostage for so long. We had a champion in [Jose] Aldo who has been dominant, and amazing, but he hardly fought.

“So if we’re lucky enough to get a fight with him, your next chance would be so far down the road. And then Conor comes in, wins, [you think] okay, this is exciting…and then he fights one time, and leaves the division for two different weight classes.”

Swanson will take on the 25-year old South Korean prospect Doo Ho Choi, the “Korean Superboy.” If he wins it will be three straight victories after dropping back-to-back fights. Now that the featherweight title is back in play, Swanson feels like he’s headed towards something.

“It just wasn’t fair to anybody else in the division,” he said. “It was like, why are we fighting? What is our end goal? We have nothing. So it was just, you know, you can look at it in different ways, but honestly, in my opinion, it was ridiculous. I’m glad to see our division rolling again, and I think you’re going to see exciting fights that people will appreciate.”