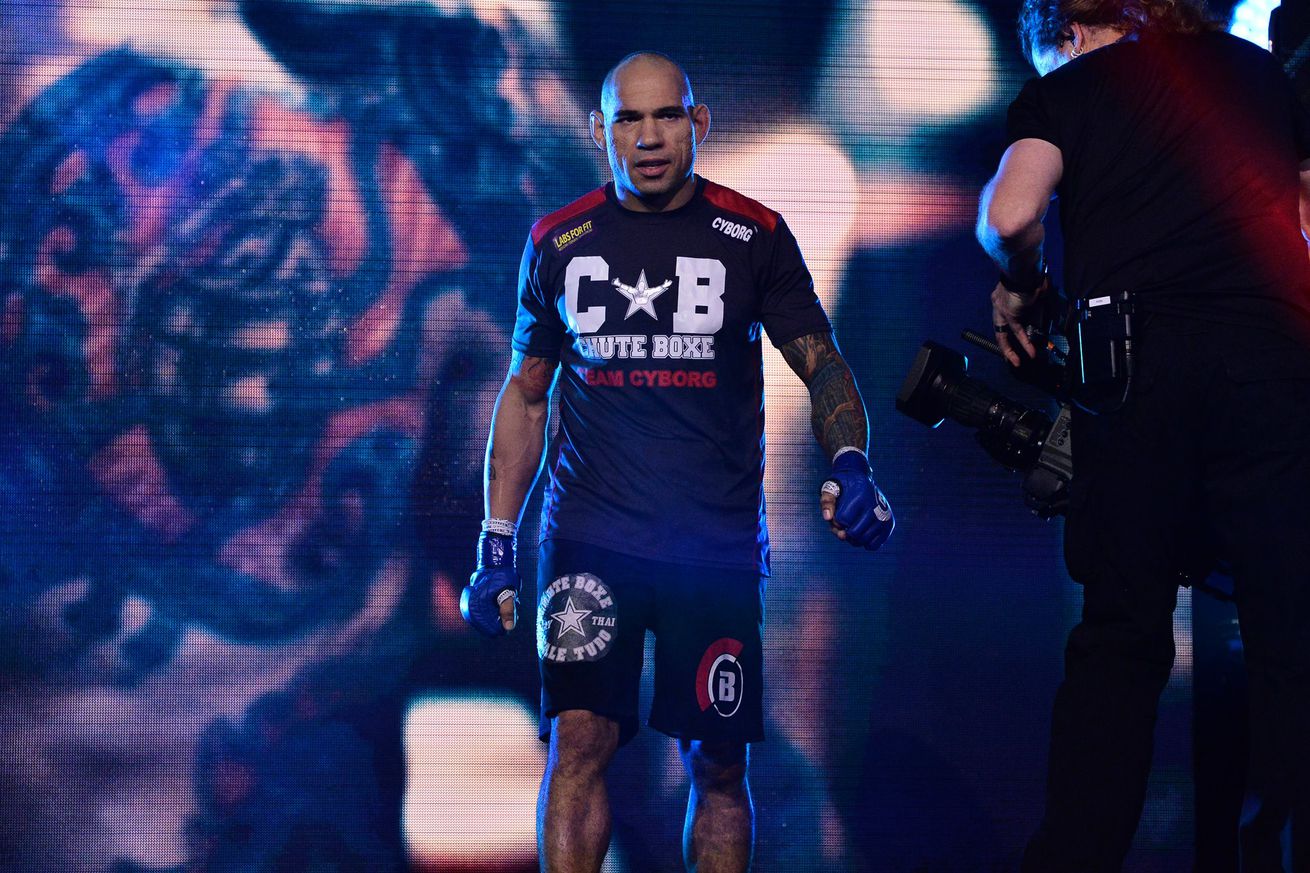 Michael Page is an undefeated welterweight prospect, and Evangelista Santos wants to derail his rise in front of “Venom’s” countrymen at Saturday’s Bellator 158 in London.

Page was initially booked to meet Fernando Gonzales on July 16, but visa issues forced his opponent out of action. Bellator called long-time MMA veteran “Cyborg” to step in, and the Brazilian guarantees he’s in great shape despite his recent knockout loss to Saad Awad on May 14.

“A soldier has to always be ready for war,” Santos told MMA Fighting. “I was back in the gym to train two days after my last fight. I have no time to waste. I always enjoyed training, especially now that I’m 38. I can’t just stop training. I’m like an old car: if you stop using it, it won’t work anymore. I have to stay active.”

Page enters the bout with a perfect 10-0 record with six Bellator wins, but “Cyborg” isn’t sold on him just yet. According to the Brazilian veteran, who has fought some of the best fighters around the world, from Nick Diaz to Gegard Mousasi to Mauricio Rua, Page has yet to prove he’s a “real fighter.”

“It’s a good fight,” Santos said. “He’s coming off good wins, he’s 10-0, but he hasn’t been in a tough situation in the ring yet. I’ve been through every situation a fighter can be in a fight, and this is my 50th MMA fight. I’ve fought the best all over the world, and that’s how you prove you’re a real fighter. I hope it’s a great fight. He has good abilities, but hasn’t been beat up yet. We don’t know how he reacts when he’s getting beat up.

“He’s a talented guy, fights well from the distance and taunts his opponents when he’s away ….View full article