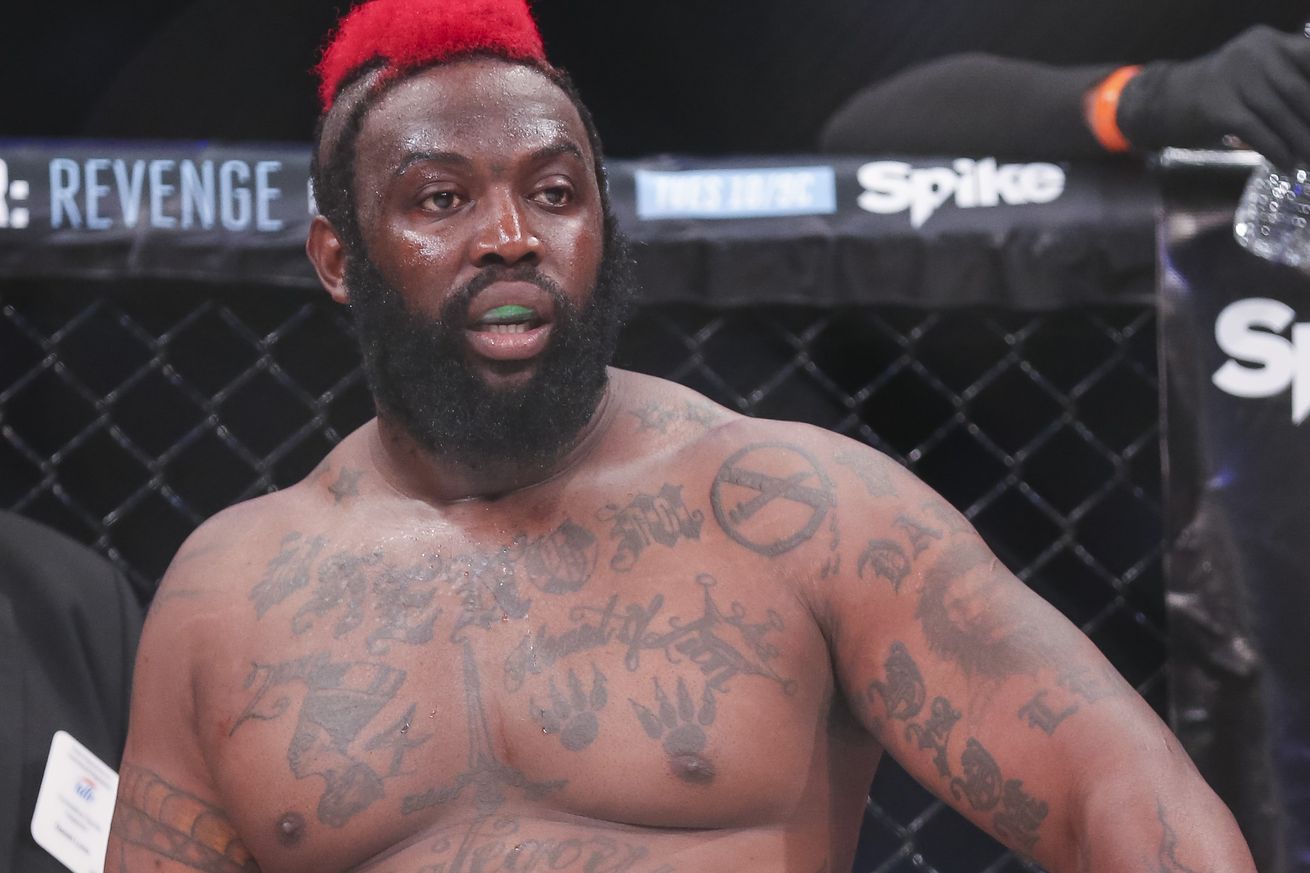 Bellator 149 “Shamrock vs. Gracie 3” took place on Feb. 19, 2016 at the Toyota Center in Houston, Texas. The main event that night was the third (and presumably final) meeting of MMA legends Ken Shamrock and Royce Gracie inside a cage.

Harris experienced serious medical problems following his third round TKO loss to Ferguson, and it was quickly reported that he was resuscitated in the ambulance after the fight. Up to a week after the fight he was still convalescing in the hospital.

In his first statement following his near-death experience at Bellator 149, Harris revealed on social media that things were actually worse than was well known.

[email protected] I got you pic.twitter.com/PEk7mb78xy

For those who can’t see the picture here’s a direct quote from his statement on Instagram.

It’s hard to imagine how that would be corroborated given I didn’t see anybody jump in the cage with a pair of paddles to shock him between rounds. Nevertheless, he’s compelled to say there were reasons he did not succeed.

“Yes I trained very hard for this fight and I was in fighting shape. But those who knew me they knew that something wasn’t right by the look in my eyes when I stepped into that ring. But stay tuned for the rest of that shocking story.”

To check out the latest Bellator MMA-related news and notes be sure to ….View full article