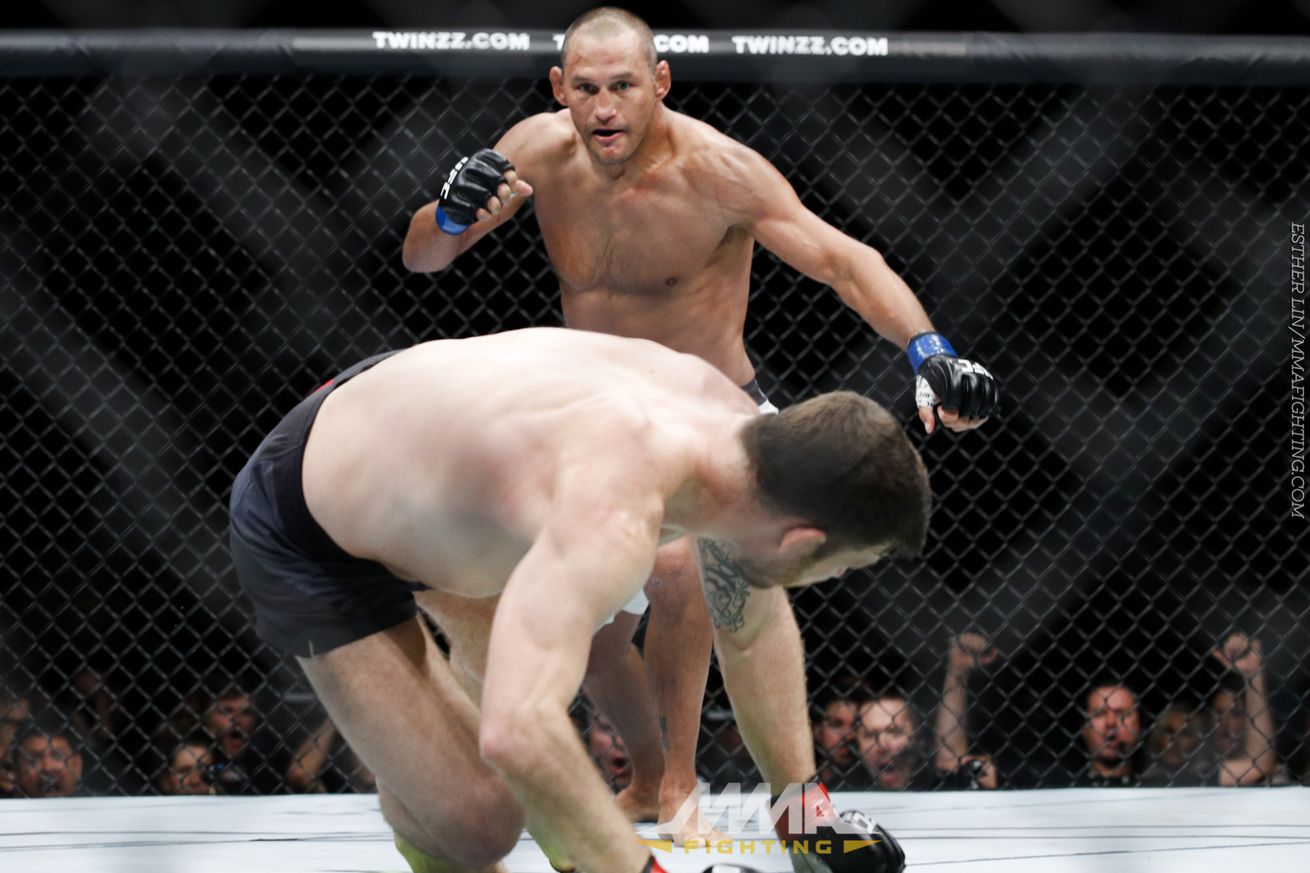 Dan Henderson walked away from his final career fight disappointed. But not in himself.

The 46-year-old mixed martial arts legend came up a bit short in his final career fight on Saturday night, losing a unanimous decision to UFC middleweight champion Michael Bisping on scores of 48-47, 48-47, 49-46.

But the way the Temecula, Calif. native sees it, he did enough in Mancherster, England to get the job done.

“I left it all in there and I felt like I needed everything to do to win that fight,” Henderson told reporters after the card. “It just, unfortunately, everyone didn’t see it that way.”

Henderson believes he won round 1 of the fight on a 10-8 scores and also took rounds two and five, conceding three and four to the champion.

“The first round I mean, it was almost finished, real close, I thought that it was obviously a 10-8 round, but you never know,” Henderson said. “But I probably won the first two rounds, he won the third and fourth, and I wanted to make sure I went out and won the fifth. I got the takedown, landed some decent shots on him, honestly I didn’t feel hurt once in the whole fight from anything, with the exception of one leg kick that hurt my thigh a little.”

And, of course, Henderson feels he clearly won the eye test. Henderson, looking no worse for wear, showed up to talk to reporters after the card, while a busted-up Bisping was off to the hospital after the fight.

“Obviously by looking at him, he felt some of the shots that I hit him with,” Henderson said. “so obviously I’m a little frustrated, I’ll have to go home and watch it again and be a little more educated on talking to you about it. But those are the ….View full article