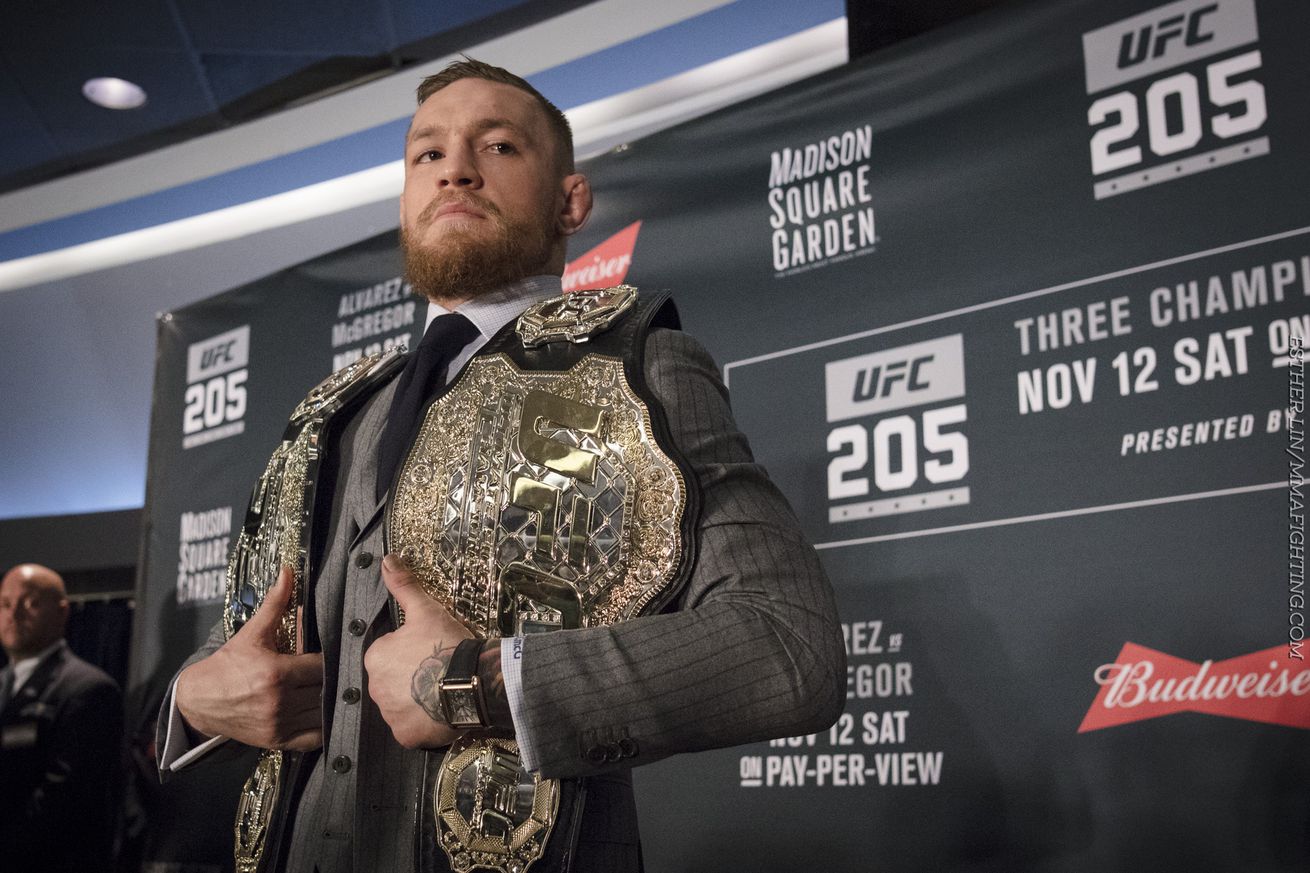 And unlike “Notorious,” Henderson didn’t let the one-of-kind accomplishment (at the time) get to his head.

Conor had a great fight, I’m glad that when I held two belts it didn’t effect my head like it has his. https://t.co/HEtaqBVQri

Shortly after his win over 155-pound champion Eddie Alvarez at UFC 205 (see it again here), McGregor declared that he wants to meet with UFC’s new owners to talk about potentially getting a financial stake in the highly-valuable company before he returns to the Octagon. Whether or not WME-IMG actually reaches out to McGregor and meets — or placates — his demands remains to be seen.

Keep in mind: McGregor has yet to defend the 145-pound belt that he took off Jose Aldo back in Dec. 2015. That has not gone over well, at all, and neither has his history-making opportunity among the Lightweight elite such as Khabib Nurmagomedov (details), among others. Henderson, meanwhile, fought his way up the ranks and then put both belts on the line in back-to-back bouts against Quinton Jackson and Anderson Silva shortly after UFC purchased Pride FC.

McGregor, meanwhile, wants some “time away” after UFC 205 to focus on shining both belts his growing family.