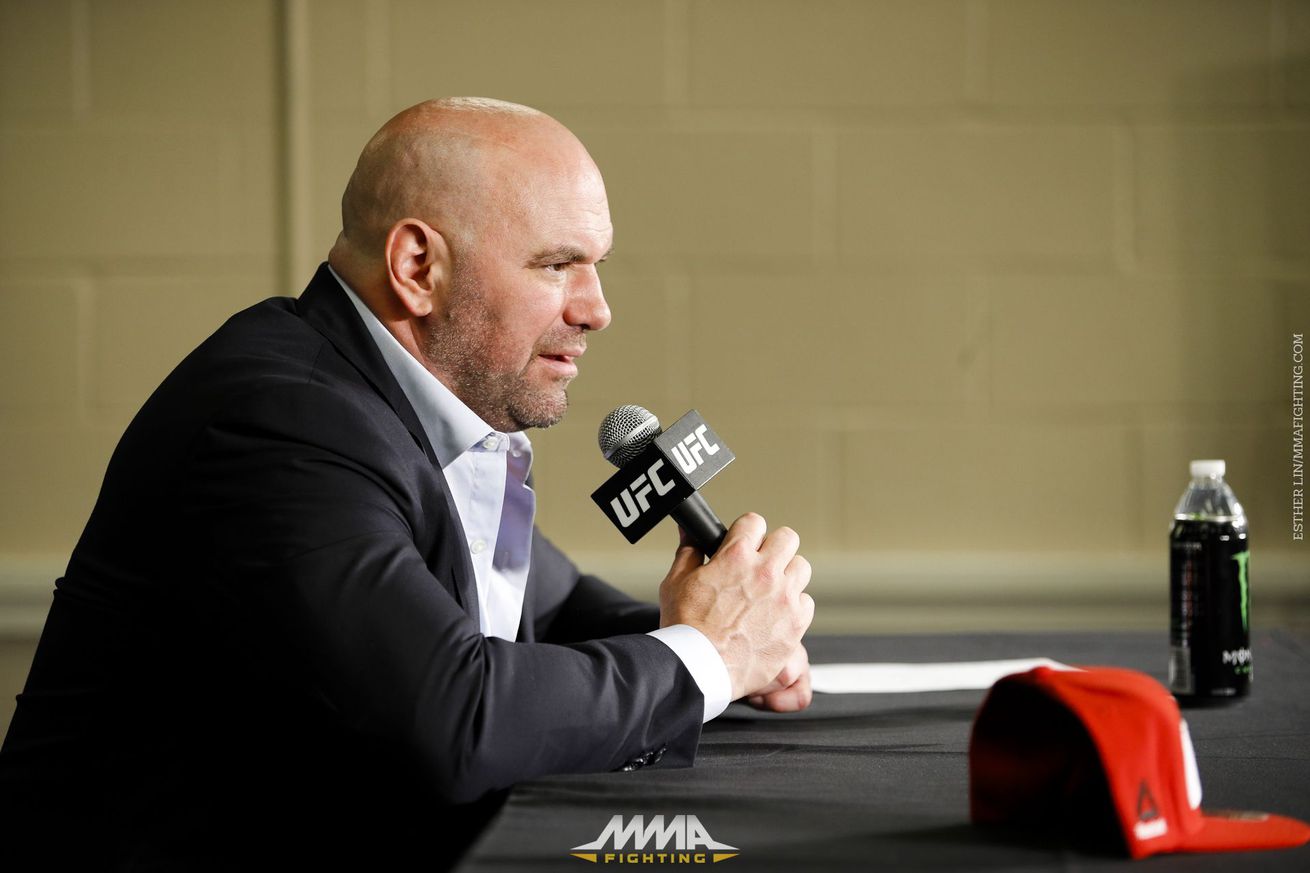 The UFC and Conor McGregor have come to an agreement on their portion of the deal. The ball is now in the court of Floyd Mayweather Jr. and his team with regards to a boxing match between Mayweather and McGregor.

UFC president Dana White told reporters Wednesday at an appearance before a Mets game at Citifield in New York that he has yet to talk financial specifics with Mayweather’s side. But they do plan on presenting an even split as a proposal.

“We haven’t even got there yet,” White said. “We haven’t even talked percentages yet. … Floyd can think whatever, but the machine that the UFC has and Conor McGregor alone is a machine by himself. I think that 50-50 is pretty fair.”

It remains unclear what percentages the UFC and McGregor have agreed to on their end of the deal. Mayweather negotiated a 60-40 split in his favor for his mega bout against Manny Pacquiao in 2015.

Can this potential bout approach the revenue that one generated? White thinks it could. Mayweather vs. Pacquiao did around 4.5 million pay-per-view buys.

“I think this thing does, conservatively, between 2-1/2 and 4 million buys,” White said. “Other people think more. … And this thing will kill it, globally. Conor McGregor and the UFC are huge in Brazil, huge in Australia, massive in the UK and other parts of Europe.”

White said he believes there is a “75 percent” chance the Mayweather vs. McGregor matchup goes down and it’s being targeted for some time this year.

“I’m very bullish on this fight,” White said. “I think it happens. These guys are gonna have to come up with something way out of left field for this fight not to happen.”

That, of course, is a possibility. But White believes right away that the UFC and McGregor’s side is bringing something very real to the table with Mayweather.

“We’re ready to go,” White said. “And I think what we’re looking at in the deal is as fair as fair can be. You’ve gotta understand, Floyd and [Al] Haymon and that group are used to dealing with the scummiest human beings on the planet Earth. I think it’s a little refreshing working with us. And I’m not just being arrogant. They’ve said that to us. I can see it getting done.”