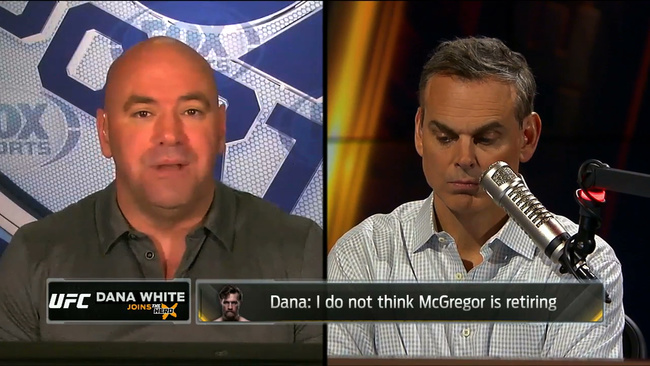 Things are starting to fall in place with the whole Conor McGregor retirement ordeal and it appears to be something of a power struggle between McGregor and Dana White. According to White, McGregor was not interested in promoting his UFC 200 fight against Nate Diaz this week and walked away.

White, appearing on Colin Cowherd’s show, said he was speaking with his management team and they wanted all the promotional events to be pushed back to May, which was a nonstarter for White and UFC. So, it seems, McGregor tweeted that he was retiring while training in Iceland.

White does not think McGregor is actually retiring, though. He also thinks McGregor will fight for UFC this year, but things get dicey when it comes to his belt. If Mcgregor doesn’t make it clear soon what his intentions are, White said his belt will be stripped and Jose Aldo and Frankie Edgar will fight for the newly vacated belt. However, White also said that McGregor could probably still fight in UFC 200 if he calls him soon. So, basically, it seems McGregor pulled himself, and White countered by threatening to pull his belt.

From the tenor of the interview, White does not seem too angry about this fairly enormous monkey wrench in a giant pay-per-view, which seems kind of weird? It sounds like White believes McGregor just didn’t want to fight this particular event and this was the way he chose to handle it. Or maybe it’s all a work. It’s April 20th and we’re all talking about an event in July.

Conor McGregor Announces Retirement and Blows up the World