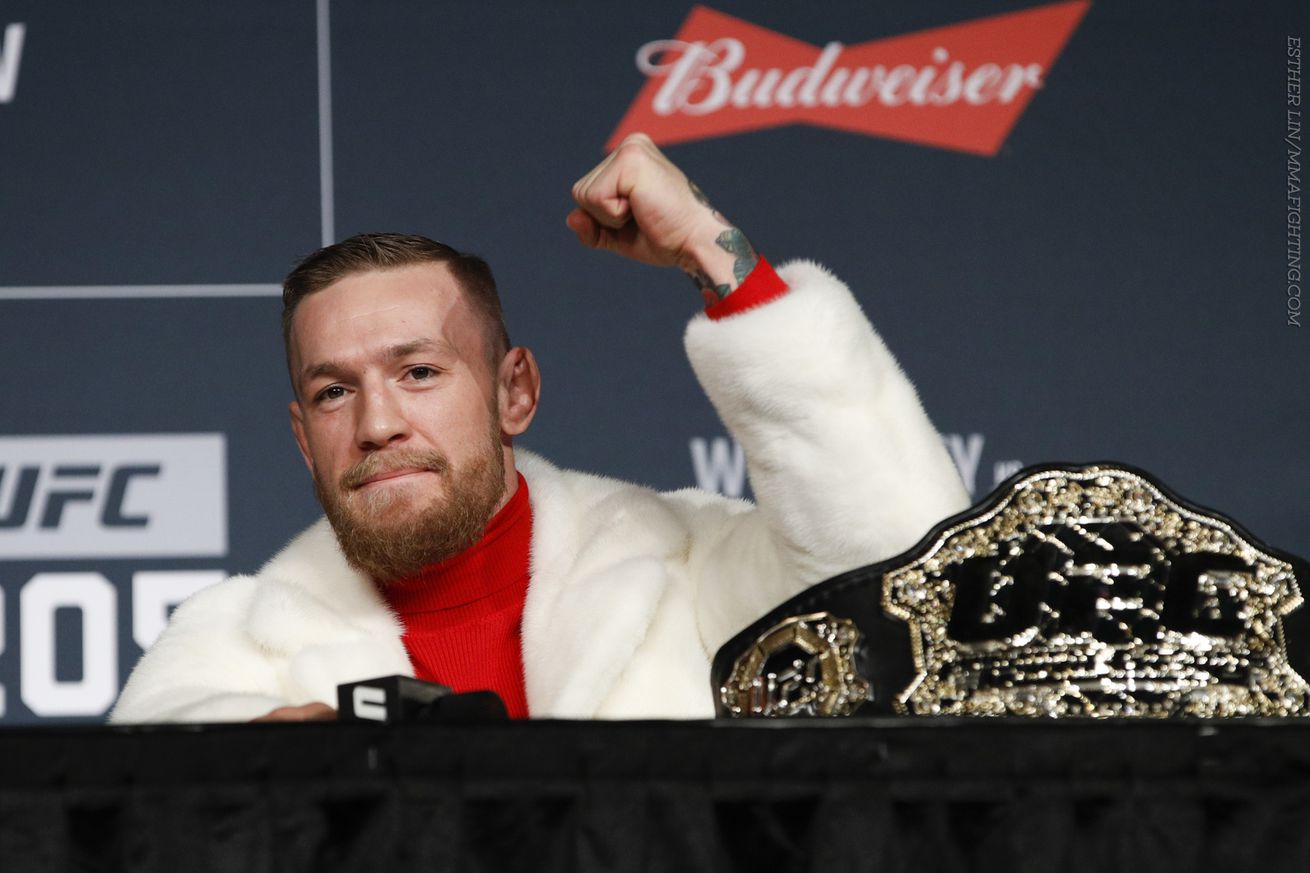 Conor McGregor vs. Floyd Mayweather is far from a done deal, but according to UFC president Dana White, that could change in the coming weeks. White appeared on Wednesday edition of The Herd and stated that he was planning to hammer out a deal with McGregor this week, then turn his sights on negotiating with Mayweather.

“I think we get the McGregor side in the next couple of days,” White said on The Herd. “And then I go lock myself in a room for a couple days with Team Mayweather and see what we can come out with.”

White also responded to a question from host Colin Cowherd about the projected purse amounts for both fighters, stating that money was the primary sticking point in the negotiations thus far.

“It depends on how much the fight sells,” White said. “And if the fight sells as well as I think it can, Floyd makes a little north of $100 (million) and Conor makes $75 (million).

“He (Mayweather) feels like he’s the A-side and he should get more of it. We haven’t really gotten into that negotiation yet. I wanted to get McGregor locked in first, because McGregor is under contract with me. And at the end of the day, does this fight make a ton of sense for me? It really doesn’t. But Conor wants this thing really bad and I’ve said it many times, the kid’s stepped up and saved some big fights for me, man, so I’m in. I’ll figure it out.

“Obviously, in boxing, you start to negotiate things like the gloves and the officials and the judges,” White added, “and how big the ring is — a lot of different things you can negotiate as far as the fight goes. But again, I haven’t gotten into a room with Team Mayweather yet, and who knows. The Conor side, we’re good on the Conor side. I need to figure out the Mayweather side, and maybe it can’t be (figured out). Maybe the other side can’t be done, but we’ll see. I promised Conor I’d do everything I could to make this thing happen, so that’s what I’m going to do.”

White said he expects to primarily negotiate with Mayweather partner Al Haymon, rather the fighter himself, and that ultimately the fight is going to be a boxing match under boxing rules with boxing officials, as expected.

“This is isn’t going to be UFC,” White said. “It’s going to be a boxing match. It’s not going to have anything to do with the UFC. My brand, the closest thing my brand will be to this is obviously I’ll be a part of the promotion for the fight, and Conor’s my guy. That’s it.

“Listen, one of the things that we’ve done and the reason we’ve built this brand the way that we have is, we always bring people the fights they want to see. There’s no doubt that people want to see this fight, and it’s all anybody ever asks me about, so I’m going to do my best to see if I can get this thing done. I’m not saying I can, but we’re trying to.”