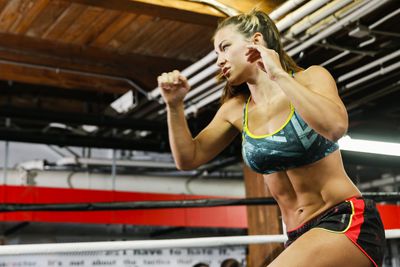 UFC president Dana White told Submission Radio Australia on Friday in Melbourne that if Miesha Tate is contemplating retirement, it might not be a bad idea for the women’s bantamweight star to hang up the gloves.

White told Tate she would get a title shot against Ronda Rousey if she beat Jessica Eye at UFC on FOX 16 in July. Tate beat Eye, but a few weeks later Rousey went on Good Morning America and announced she’d be fighting Holly Holm. Holm ended up beating Rousey on Saturday night in stunning fashion via second-round head kick knockout.

Tate, who has lost to Rousey twice, was devastated she didn’t the Rousey rematch. She has not gotten over it yet, either. Earlier this month, she told Ariel Helwani on The MMA Hour that she might retire if the UFC didn’t change its ways.

“I understand they have ….View original article