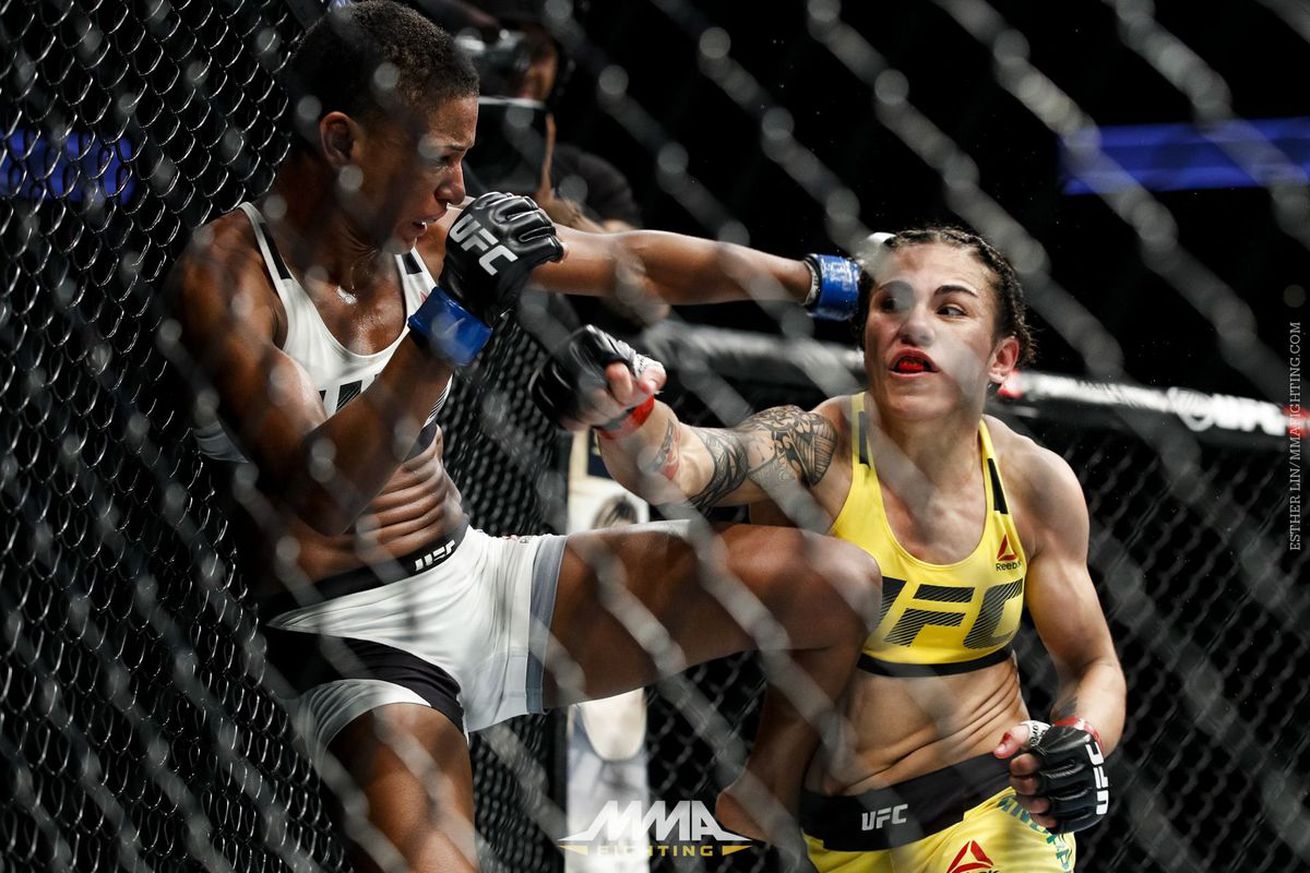 Jessica Andrade and Angela Hill kicked off the UFC Fight Night 104 main card off with a bang, as the two ladies engaged in a back-and-forth three round fight that had the Houston crowd pleased last night (Sat., Feb. 4. 2017) inside Toyota Center.

After three rounds of intense action that saw Jessica getting the better of the exchanges on the feet, looking like a mini-Wanderlei Silva with her walk down and punishment of her foe, Andrade walked away with a unanimous decision win.

Not only that, but the two ladies earned a nice $50,000 bonus for “Fight of the Night.” And if you ask Ultimate Fighting Championship (UFC) president Dana White, the fight is one of the better ones you will ever see.

“In the women’s divisions, that’s one of the greatest fights you’ll ever see,” White said during the Fox Sports 1 after show. “I mean, that fight was incredible. Both girls were getting hit with bombs. What a great fight.”

The win was Jessica’s third straight, and with it she earns her much-desired shot at the division title against reigning champion Joanna Jedrzejczyk. And if last night was any indication, that title fight could be an epic one, says Dana.

“Absolutely (she gets the next title shot),” White said. “When you see the way she fought tonight, just imagine those two squaring off in there and the absolute war that will be. That’s going to be a fun fight.”

And he may be right, as we’ve all seen Joanna preferring to let the action play out on the feet.