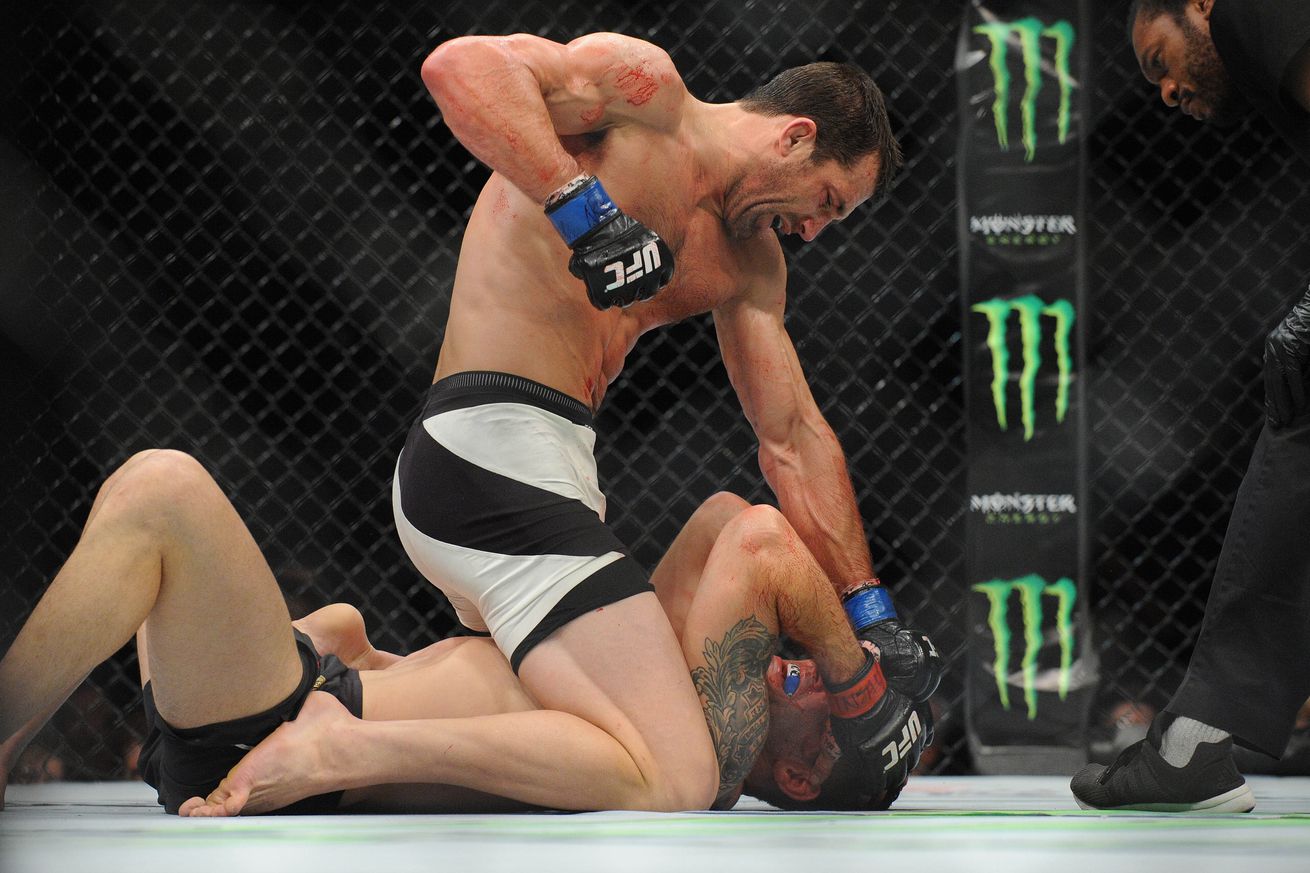 With top-ranked Ultimate Fighting Championship (UFC) Middleweight contender Yoel Romero taking himself out of the 185-pound title chase because of a potential doping violation (more details here) — and Ronaldo Souza booked to battle Vitor Belfort (more details here) — the road was essentially paved for Chris Weidman to lock in an immediate rematch with Luke Rockhold.

And earlier this evening, company president Dana White confirmed the championship clash on “Garbage Time” with Katie Nolan, revealing that it will take place at UFC 199 in June. No exact date, venue and/or location are known at this time for perhaps the most undesirable pay-per-view (PPV) on the promotion’s calendar this year.

Most mixed martial arts (MMA) fans (and pundits) expected Weidman to go to the back of the line, since he was not just beaten, but dominated by Rockhold at UFC 194 in Dec. 2015 via technical knockout in round four. It was an eye-opening performance to say the least.

However, the stars aligned, giving “All American” — who Rockhold branded “slow” and “exposed” — the opportunity to reclaim the belt that he defended on three separate occasions. Rockhold, meanwhile, will attempt to win his sixth straight inside the Octagon and spark a new 185-pound era.

No other event details or other matches for UFC 199 are known at this time.