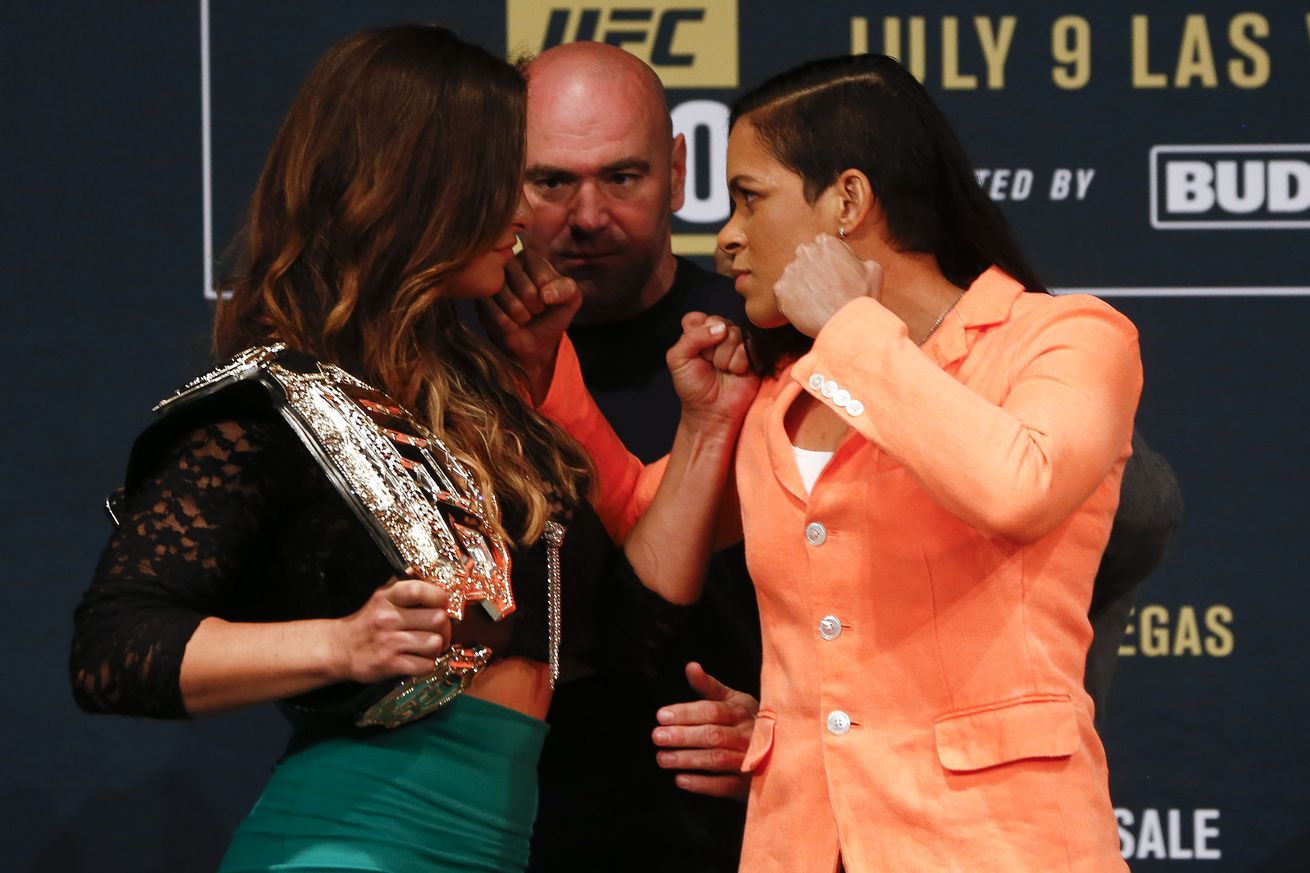 To the victor belong the spoils.

Not only did Miesha Tate win the Ultimate Fighting Championship (UFC) women’s bantamweight title, she now gets to headline the biggest pay-per-view (PPV) fight card of the year (see it), which pops off this Saturday night (July 9, 2016) inside T-Mobile Arena in Las Vegas, Nevada.

Of course, she had a little help from Jon Jones.

“She’s the champ,” UFC President Dana White old reporters on Thursday night. “What Miesha accomplished a few fights ago, you can’t disrespect that. She should be the main event. She deserves to be. The other title fight in an interim title fight. It’s the right thing to do.”

Tate choked out Holly Holm to capture the crown at UFC 196 back in March and will now defend her strap against the rough-and-tumble Amanda Nunes. Elsewhere on the card, Cat Zingano collides with Julianna Pena with the winner moving on to face either “Cupcake” or “Lioness.”

Unless this happens first.