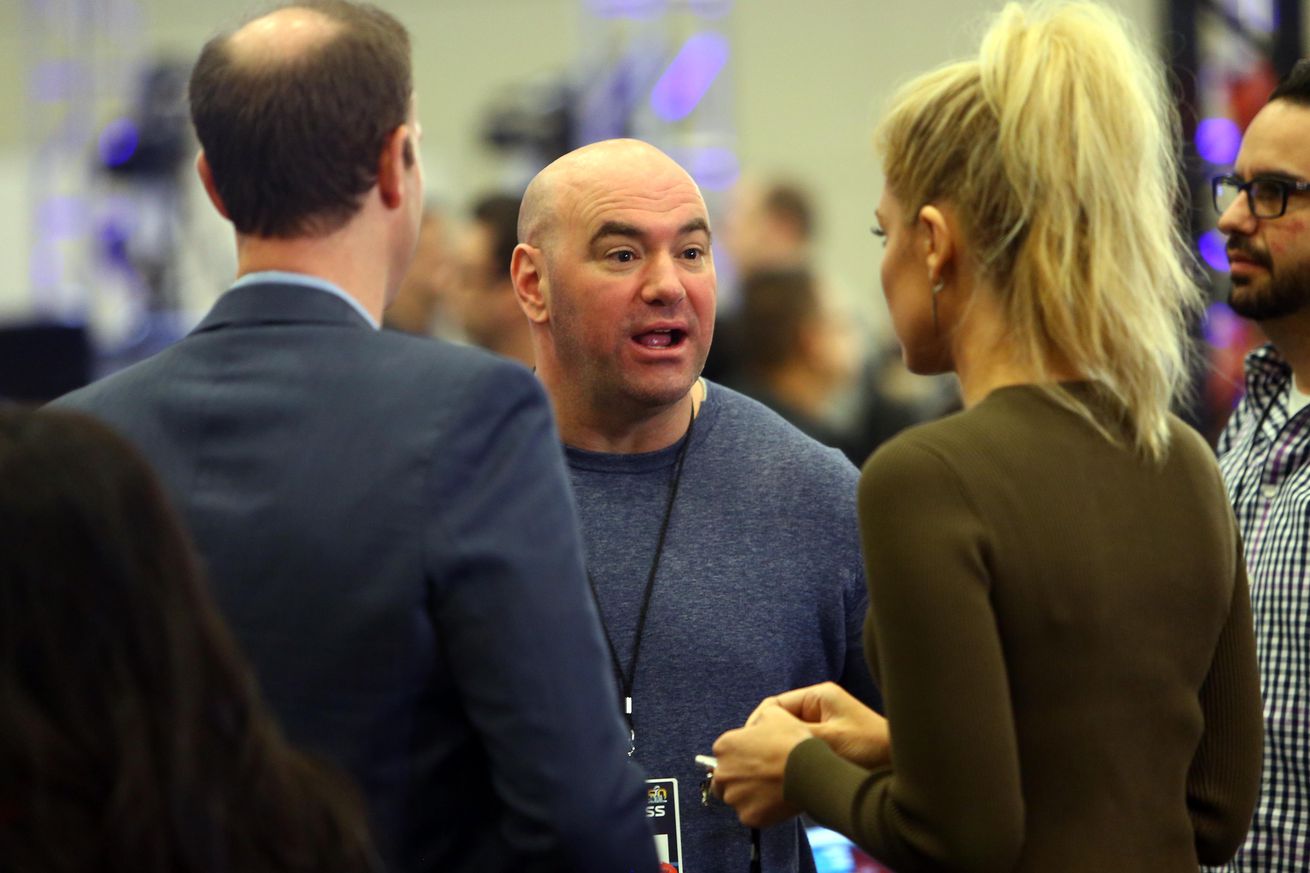 That depends on who you ask. Reports surfaced on Tuesday night (May 10, 2016) indicating that financial superpowers — including Dalian Wanda Group (DWG), DWG, WME/IMG, China Media Capital, and The Blackstone Group — all had their eyes on the global mixed martial arts (MMA) promotion.

UFC President Dana White was on the Colin Cowherd show on Wednesday to elaborate on all the recent sales talk and set the record straight on a UFC purchase.

In short, no means no.

“If somebody has four billion dollars to buy the UFC, come over here right now and we’ll talk. We’re always making moves to grow the sport, to grow the brand and make this thing bigger. There’s a lot of hacks that cover this sport. We live in a world now of clicks. They will literally say anything to get clicks and everybody’s an insider. There are no insiders in this sport. I mostly put all fires all day. But I love my job and I love the sport. I’m not beat up and tired yet.”

As usual, those “lying, two-faced media fucks” have fabricated another story.

“If somebody has 4 billion dollars to buy the UFC, come on over here right now & we can talk.” – @danawhite #TheHerdhttps://t.co/H90kaMZnI9

White, along with UFC owners Frank and Lorenzo Fertitta, certainly don’t need the cash. The promotion — valued at nearly $2 billion in late 2014 — landed at No. 10 on Forbes “Fab 40” list of world’s most valuable sports brands (more on that here).