Home MMA News Dana White on ‘great’ terms with Brock Lesnar: ‘Maybe he’ll call me and say he wants to do it again’
ShareTweet 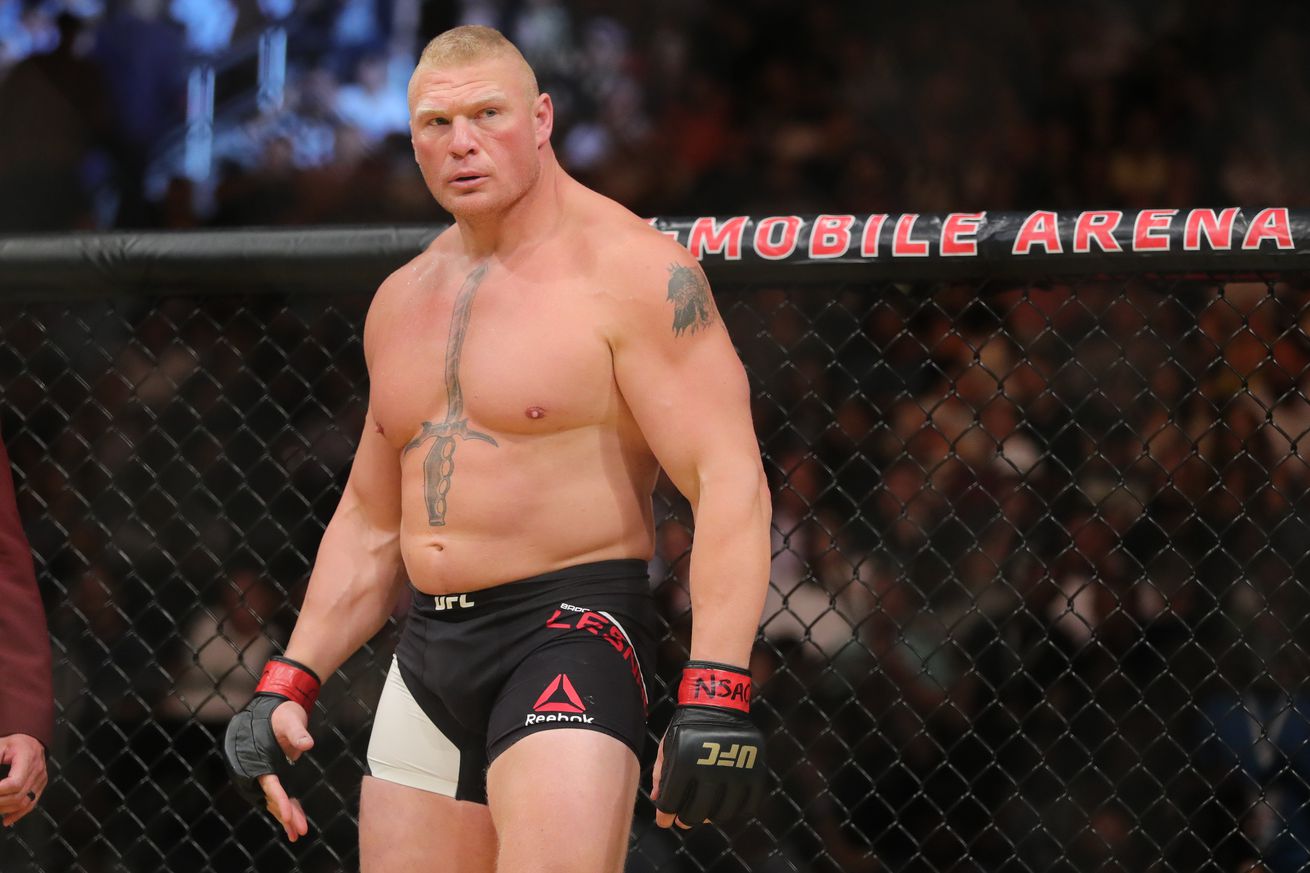 But just because the still-huge WWE superstar can return to combat sports — and make beaucoup bucks in the process — doesn’t necessarily mean he will, even with his “great” relationship with promotion president Dana White.

“I’m great with Brock,” White told TMZ. “I don’t know how much longer he’s got with WWE, I think his career is winding down but he’s a freak of nature. Who knows? Maybe he’ll give me a call and say he wants to do it again, but I think he’s ready to ride off into the sunset.”

Or walk off into the sunset.

One of the reasons Lesnar even came out of retirement in the first place was to end his career on a high note — or at least perform better than he did when competing with diverticulitis.

A unanimous decision win over Mark Hunt may have given him the “W” he was looking for, but that was recently changed to a “no contest” by NSAC, leaving him (once again) winless dating back to 2010.

See you next summer?