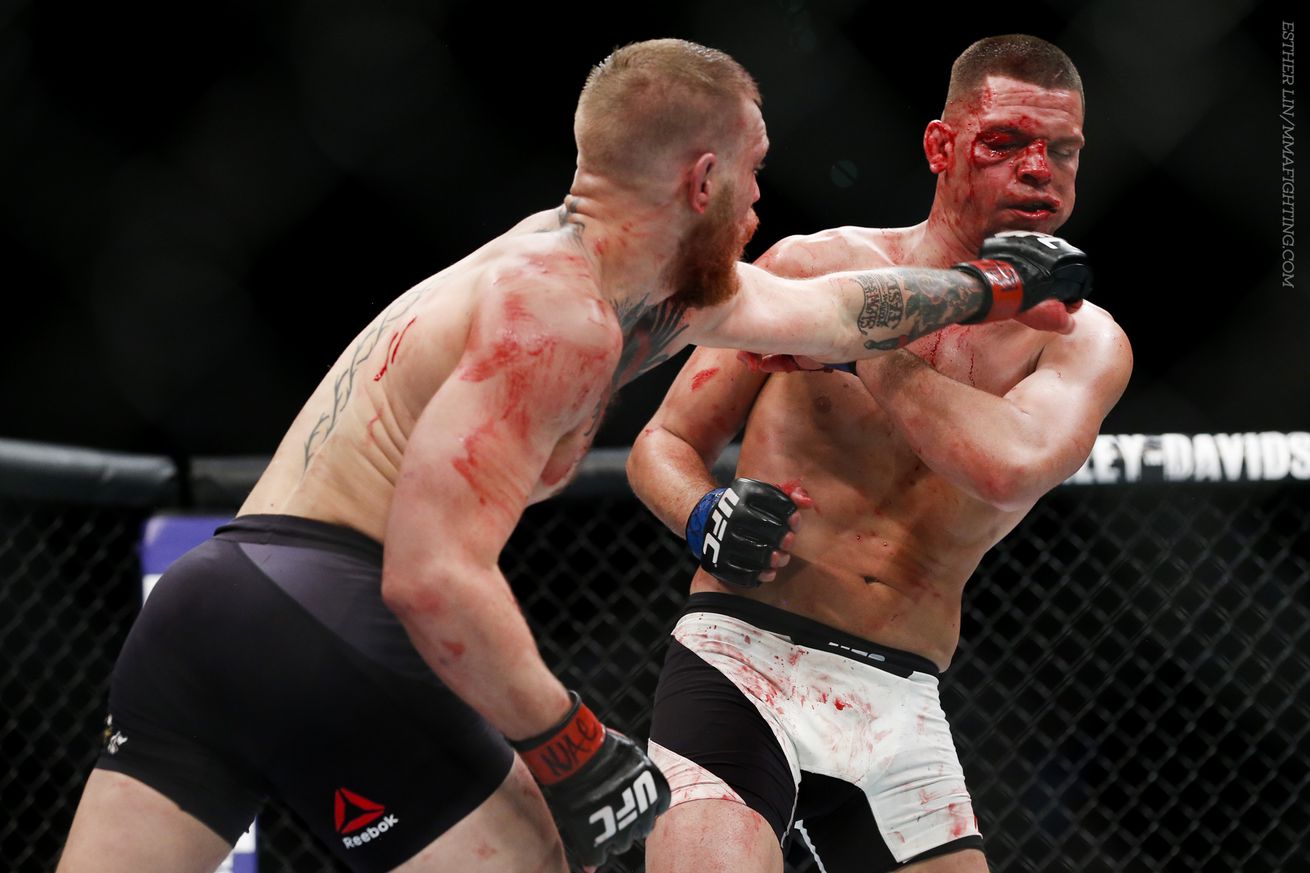 While it’s early to know anything for certain, UFC President Dana White talked that UFC 196 would be a record beaker.

“It’s breaking every record we ever had,” said White. “It’s the biggest fight ever.”

The only numbers announced at this point, the live attendance of 14,898 at the MGM Grand Garden Arena in Las Vegas and gate of $8.1 million, are big numbers, but not record-setting numbers.

The building was full, but the attendance number would be less than several of the biggest shows in the building including UFC 189 and 194, headlined by Conor McGregor.

The gate would have been the third-largest of all-time. It trailed only UFC 129 at $12,075,000, held at the Rogers Centre in Toronto for the Georges St-Pierre vs. Jake Shields welterweight title fight, and UFC 194, headlined by McGregor’s featherweight title win over Jose Aldo, at $10,132,000.

Although there was a title match that was listed as the co-main event, it was expected to break all the major records for a show without a championship fight as the main event.

Pay-per-view numbers wouldn’t be in for a few weeks, although there a number of ways UFC can have a good idea of trending patterns, including their own internal numbers of pay-per-views ordered directly from the company of the Internet.

Google searches related to the show had topped 2 million prior midnight Saturday, a level that is indicative of a huge number, but again too early to indicate a final number. Any show that has topped 1 million has done in excess of 750,000 buys, but there have been Ronda Rousey fights that top 10 million when it comes to search numbers.