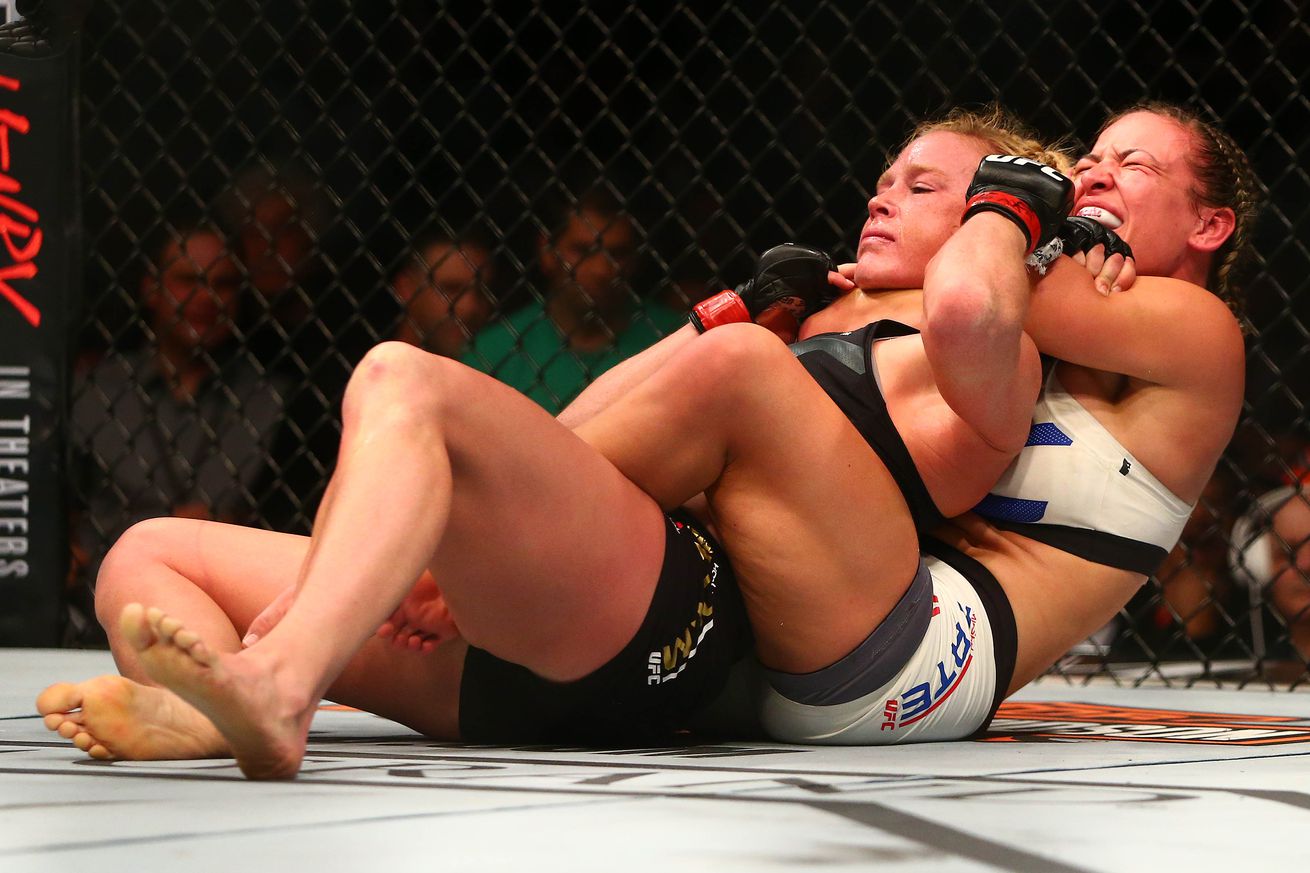 That’s because “The Preacher’s Daughter” went out fighting until she was unconscious thanks to “Cupcake’s” rear-naked choke. Or as White put it on The Max and Marcellus Show, she went out like a gangster.

White broke it down via MMA Fighting.

“She went out like a gangster. She get choked, she held on, she tried to fight the choke. Holly Holm technically did everything right to fight the choke. She went up against the fence so Miesha couldn’t get her other hook in. Then Miesha held on to that choke so tight, she knew she was getting choked, so she got off the fence and tried to dump her on her head, and Miesha still didn’t let go. Those two women both, the way Miesha took that drop on the head, and the way Holly didn’t tap, gangsters.”

I guess Conor McGregor isn’t about that life.

As for what’s next for Holm, she’s alreading pinng for an immediate rematch against Tate, possibly for UFC 200 on July 9, 2016. But, according to White, a trilogy fight between Miesha and Ronda Rousey is the more likely scenario.

Of course, if Team Tate had its druthers, they would be battling Amanda Nunes, next.