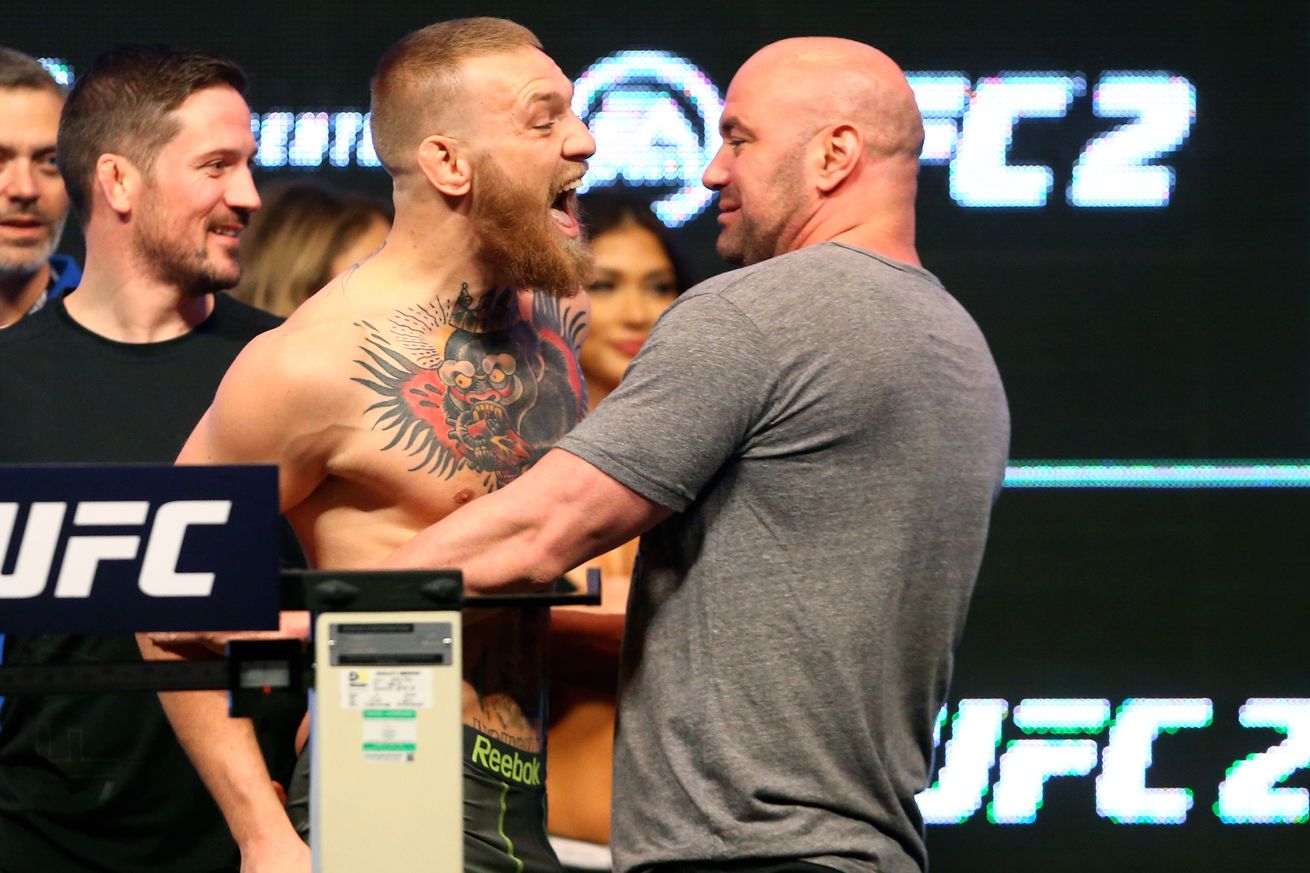 Despite a recent “speed bump in the road,” one that cost both sides several million dollars, UFC President Dana White is ready to let bygones be bygones and get reigning Ultimate Fighting Championship (UFC) back into the Octagon sooner, rather than later.

“Conor and I have been talking every day,” White told Dan Patrick (via MMA Junkie). “We’re going to have dinner next week. Our relationship is great, and we’re going to put the little speed bump in the road that happened there behind us and move forward. So everything is great.”

I’ve heard that one before.

McGregor removed himself from the UFC 200 line up after the promotion denied his request to be absolved of all media duties. “Notorious” briefly retired, but then resurfaced online in an attempt to rally mixed martial arts (MMA) fans to his cause.