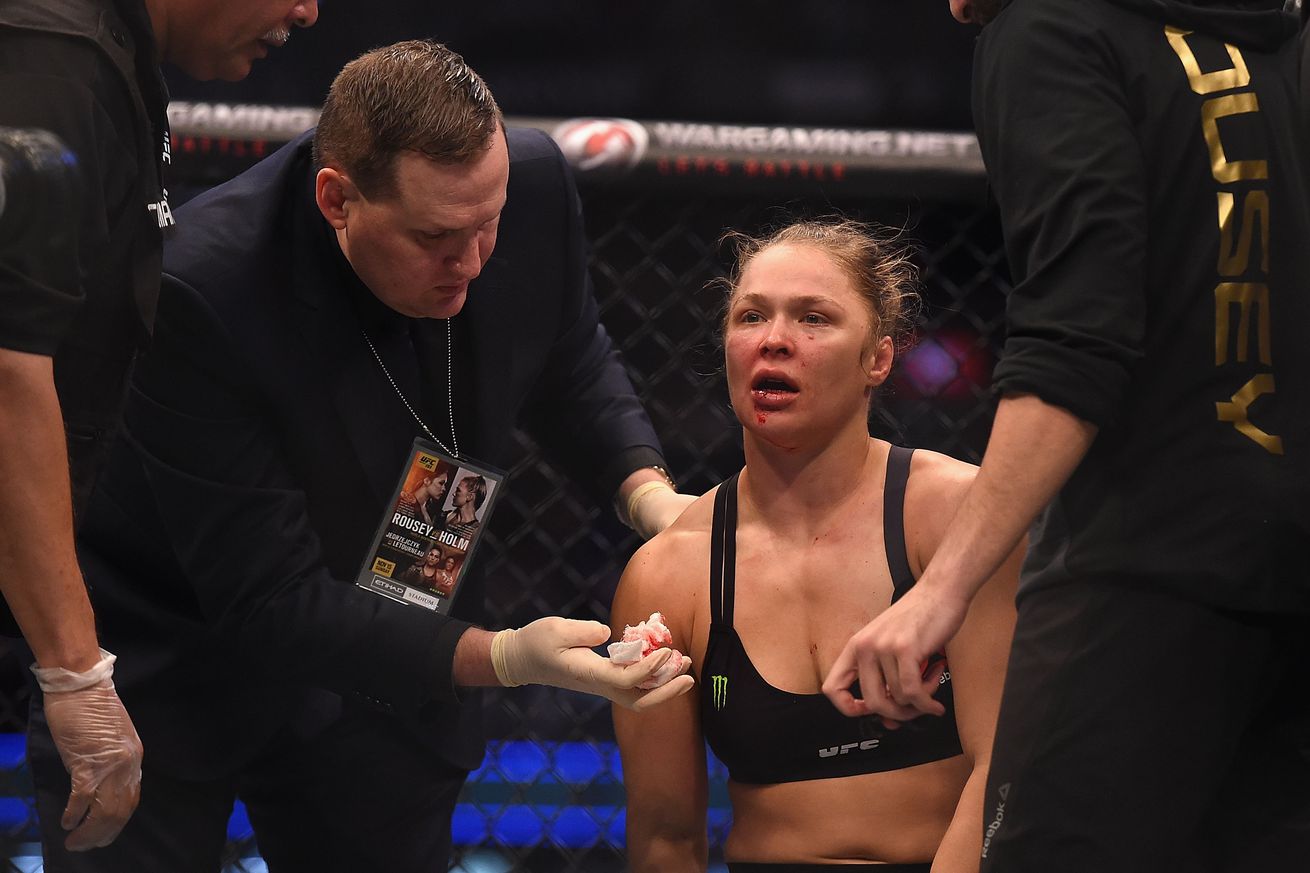 Those dirtbags in the mixed martial arts (MMA) media have done it again.

Only to have them stab her in the back when she suffered her first professional defeat.

“She had some issues but her biggest issues, in my opinion, were with the media. She just felt like the media completely turned on her when she lost. Not abandoned. She felt attacked. She felt like these people in the media that she gave three years of her life cruising around, giving interviews to completely turned on her when she lost. I’ve been doing this for 16 years and I’ve had my moments with the media and the media can irritate you. If you go through something traumatic like she did, losing and everything else, and you have to listen to some of the things being written and said, ‘I get it.'”

Rousey wouldn’t give me the time of day, so I’m absolved of any culpability.

After a 12-0 start to her combat sports career, in which she finished all 12 opponents, Rousey was knocked out in her lopsided defeat to Holly Holm at UFC 193 last November, a loss traumatic enough to evoke thoughts of suicide.

Also known as the day a part of her “died.”

But now “Rowdy” is back and ready to reclaim her place atop the bantamweight throne in the UFC 207 pay-per-view (PPV) headliner against Amanda Nunes at the end of the year event in Las Vegas, Nevada (details).

And her frenemies in the MMA media will be ready and waiting.