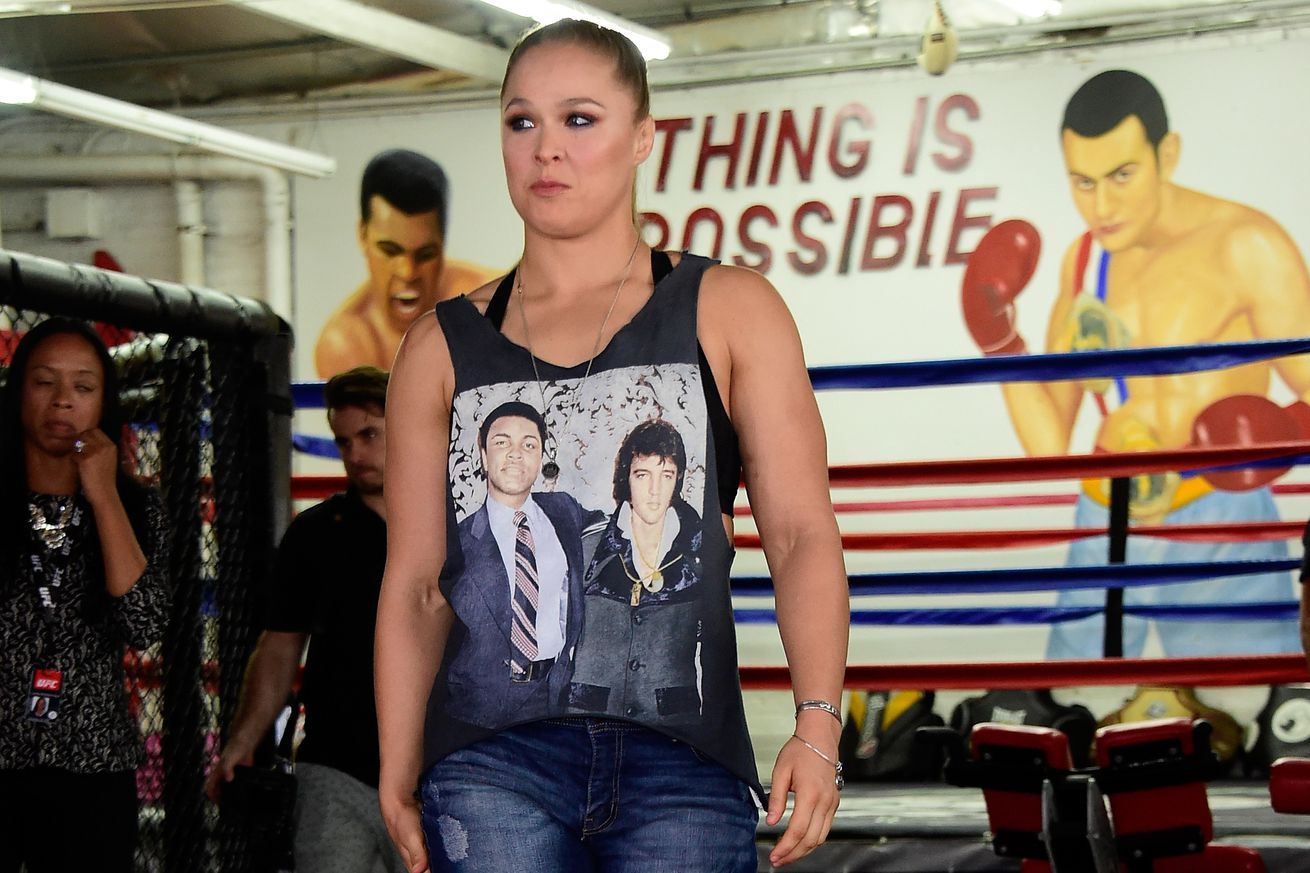 Will former women’s bantamweight champion Ronda Rousey help make history when the UFC puts on its first event at Madison Square Garden in New York City in November? According to UFC President Dana White, she won’t. In fact, she won’t fight in November at all. White says Rousey recently had minor knee surgery and her timeline for a return is being pushed back.

“Ronda Rousey, I don’t know,” While told ESPN’s Cari Champion on SportsCenter Thursday. “I’m hoping we’re going to get Ronda back this year. She actually just had surgery yesterday on her knee. Nothing serious, just get in there, scope it and clean it out a little bit. She feels great. Her spirits are great. She’s been training.”

According to White, however, November is out of the question. Rousey was originally expected for UFC 200 in July, but pushed back her timeline to October or November due to other commitments. Now, White said, her return is looking more like end of 2016 or early 2017.

“If she fights, I’m hoping she fights in December. If not, then he would probably fight at the New Years show at the beginning of the year,” White noted.

As for who she’ll face, White has remained consistent that Rousey will receive an immediate title shot upon her return. “If Miehsa Tate’s still the champion, she’ll fight Miesha Tate. Whoever has the belt is who Ronda Rousey will fight.”

White didn’t rule out the possibility of Rousey facing Holly Holm, who took Rousey’s belt in November of 2015, but said it would have to be a product of circumstance, not engineering.

“Injuries happen in this sport and a fight is made. Somebody falls out and somebody else slides in,” he explained. “I’m not even saying Holly Holm couldn’t be the champion by the time ….View full article