Home MMA News Dana White: Ronda Rousey is not a golden goose, she’s a human being and a ‘good f–king friend’
ShareTweet 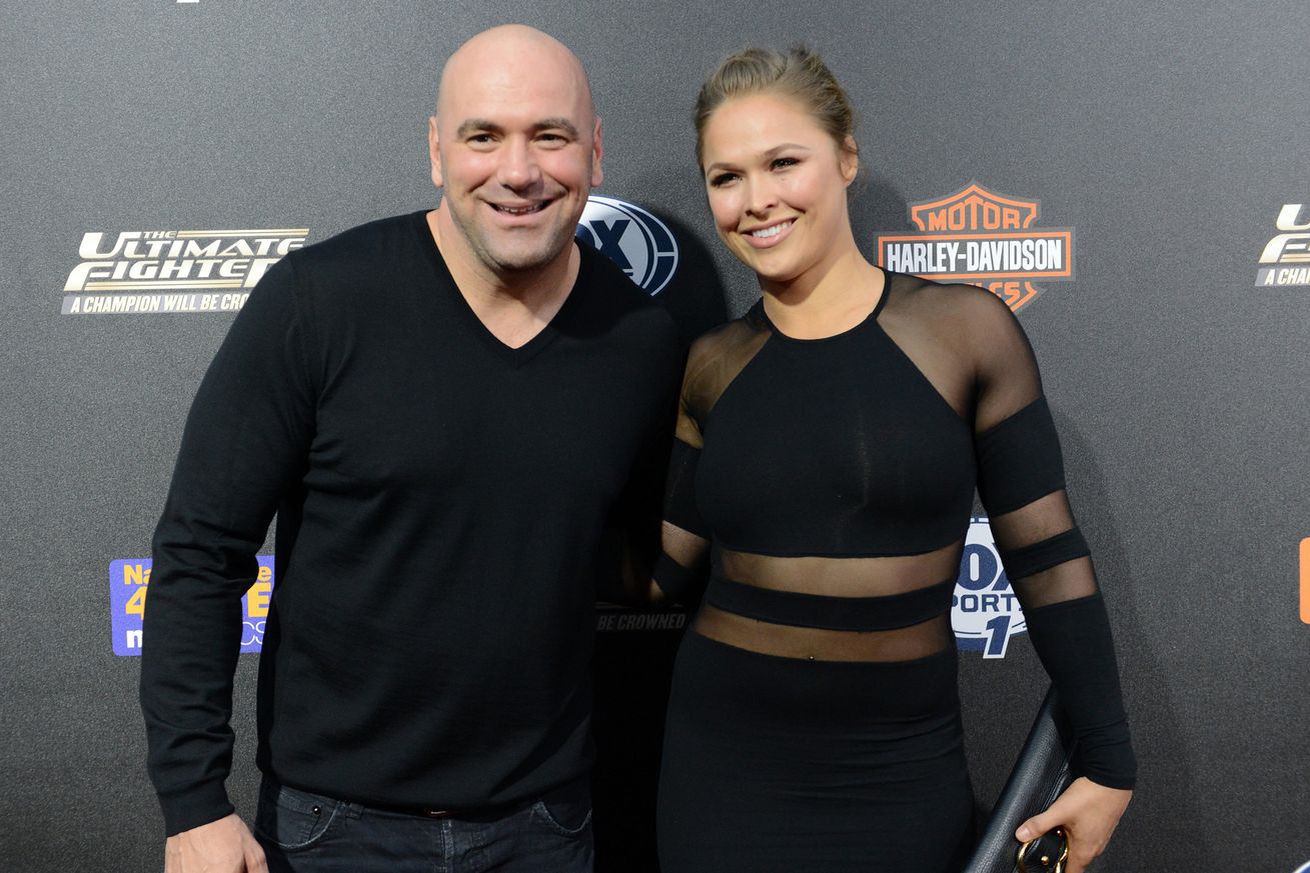 It’s no secret that it was Ronda Rousey who convinced Ultimate Fighting Championship (UFC) President Dana White to give her and the rest of the women a shot inside the Octagon.

Since making her debut inside the eight-walled cage at UFC 157 back in 2013, Rousey has gone on to accomplish great things professionally, while also opening many more financial avenues for UFC. To hear White tell it, no one has worked as hard as Ronda when it comes to fulfilling media obligations and doing everything in her power to achieve the goals she told him she would accomplish.

“Everything she told me she would do, she did,” said White during an interview with Sports Illustrated. “She worked her ass off for this sport, for this company, for women. She worked herself to the bone. I’ve never had a fighter work [with publicity] the way she has. She’s made a lot of money. I know for her that doesn’t matter—her legacy means more to her than anything else. But you know what, sometimes we can’t have it all. But let’s be clear: she built this house. She really did,” declared White.

The UFC’s head honcho recently stated that he doesn’t believe Rousey will return to the Octagon. And just like when Georges St-Pierre and Brock Lesnar left the promotion, the Monday morning black belts were quick to predict upcoming financial troubles for the promotion now that one of the sport’s biggest earners looks to be done.

While Dana isn’t oblivious to the noise, he cares more for her as a person, not someone who brings him and the company money.

A “golden goose,” if you will.

“I care about her as a human being more than the fighter side. You read the bulls—, ‘Oh man, UFC’s in trouble, their golden goose….’ She’s not a f—king golden goose. She’s a human being. And she’s a very good f—ing friend of mine.”

After starting her career 12-0, Rousey suffered back-to-back losses in her previous outings, losing to Holly Holm via knockout in 2015 (see it), then suffering the same fate a year later at UFC 207 at the hands of current women’s bantamweight champion, Amanda Nunes.

That said, Dana insists he won’t have any input in Ronda’s decision to call it a day or to keep fighting, saying it’s all on the judoka to decide. And like a true friend, he’ll back whatever decision she comes to.