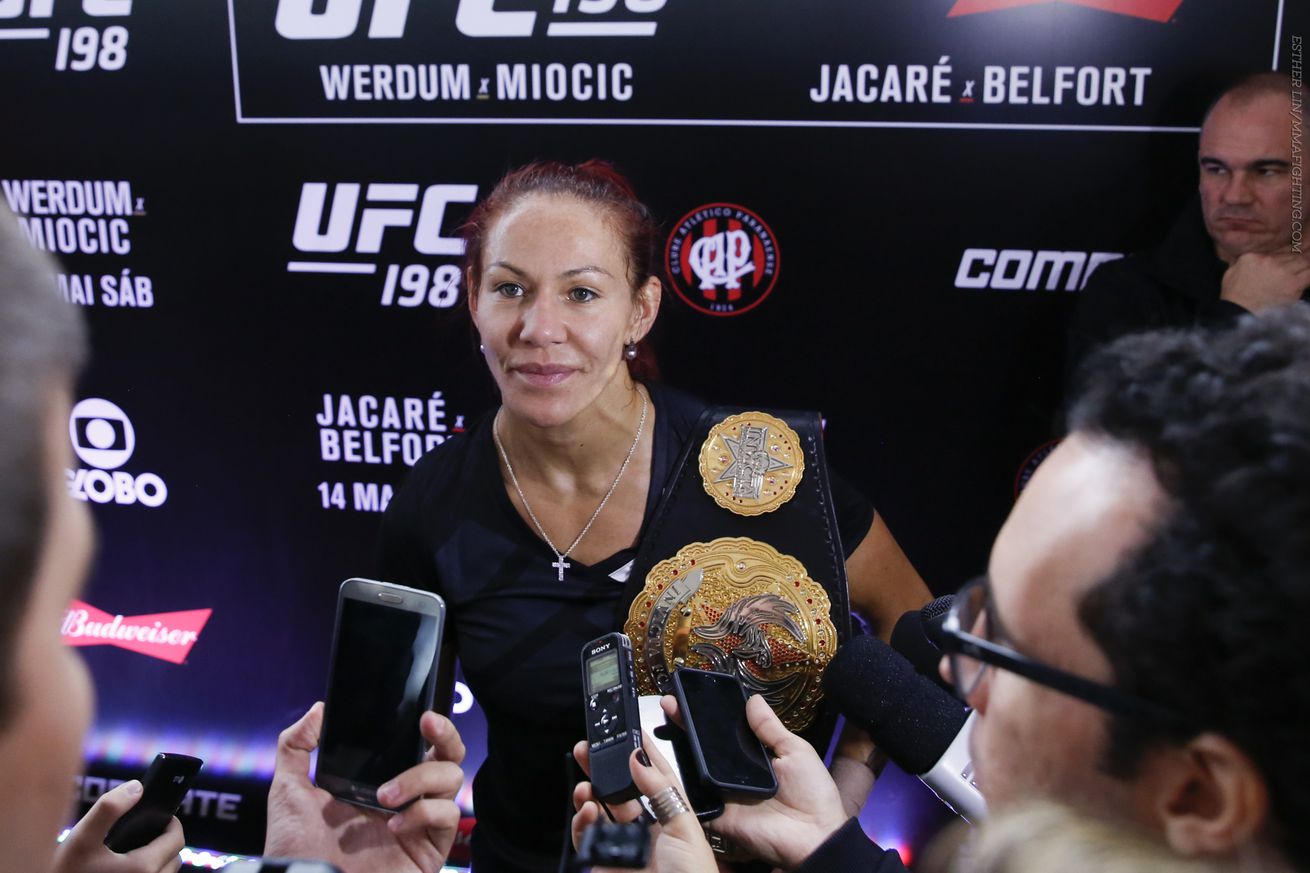 Few events in the mixed martial arts world have been more polarizing than the incident at last month’s UFC Fighter Retreat in Las Vegas between Cris Cyborg and Angela Magana.

Half the MMA world seems to think Magana deserved what she got for cyberbullying Cyborg, while the other half believes it wasn’t the appropriate venue for such an action.

Count UFC president Dana White among the latter. Appearing on the UFC Unfiltered podcast with host Matt Serra and famed trainer Ray Longo, White said that any physical violence that isn’t done within the confines of a legal combat sports fight is a simple matter of assault.

“This is the real world,” White said. “Now, when you’re in that Octagon, almost anything goes. When you’re in a f*cking fighter retreat, nothing goes.”

“You can’t put your hands on another human being outside of the Octagon,” continued White, who also said he’s trying to get Cyborg a fight at UFC 214 on July 29. “It’s assault, you will get arrested, in the fight world we all love to get caught up in the ‘hey, you know what, she had a big mouth and she needed a smack in the mouth’ thing, but it doesn’t work that way in real life.”

Cyborg has been cited for misdemeanor battery by the Las Vegas Metropolitan Police Department and is currently waiting for officials to decide whether to pursue the charge.

White used an incident on the Fight Pass series “Looking for a Fight,” in which Serra nearly got into it in a heated argument with a ring announcer at a regional fight card as an example.

“If you were to beat the sh*t out of that douchebag announcer down in Atlanta, if that thing has escalated to the direction it was going in, you leave in handcuffs that night,” White told Serra. “You leave in handcuffs. And it was about as equal as the Cyborg-Angela Magana thing, you know what I mean?”

White also used the example of the infamous fight in Montreal between Paul Daley and Josh Koscheck. There, Daley sucker-punched Koscheck in the Octagon after the bell. He was fired from the UFC for the incident and has never returned to the company.

“Even that night with [Daley] and Josh Koscheck, the fight was over, the bell rang, and he went up and punched him in the face after the bell,” White said. “That’s assault.”

White, while acknowledging that he himself doesn’t exactly have a reputation for de-escalating conflicts, believes Cyborg either should have simply spoken her mind, or not interacted with Magana at all.

“If you’re Cyborg, you go up and let her know how you feel,” White said. “You say, ‘you said all this mean sh*t about me, here’s what I feel about you.’ But what, you walk away, or you just stay away for the whole retreat. I’m not trying to be ‘Mr. I Take The High Road,’ because I never f*cking take the high road. But, assault isn’t, you can’t go and assault somebody, you can’t do it.”

White also believes that as long sites like Instagram are set up the way they are, in which people with private accounts can take shots at public figures, cyberbullying will be a fact of life for anyone who signs up for social media.

“Can you cyberbully fighters? Can you cyberbully a fighter?” White asked. “Hey, listen, if you have social media, you’re being cyberbullied. There’s nothing, there’s nowhere, nobody, I don’t care what kind of star you are, male, female whatever it is. It’s a place where freaks who can hide behind, most of them are on private, they can have that kind of stuff, private accounts, which I don’t think is right. Instagram should change that. If you’re private, you should only get messages from people that follow you. It’s ridiculous.”