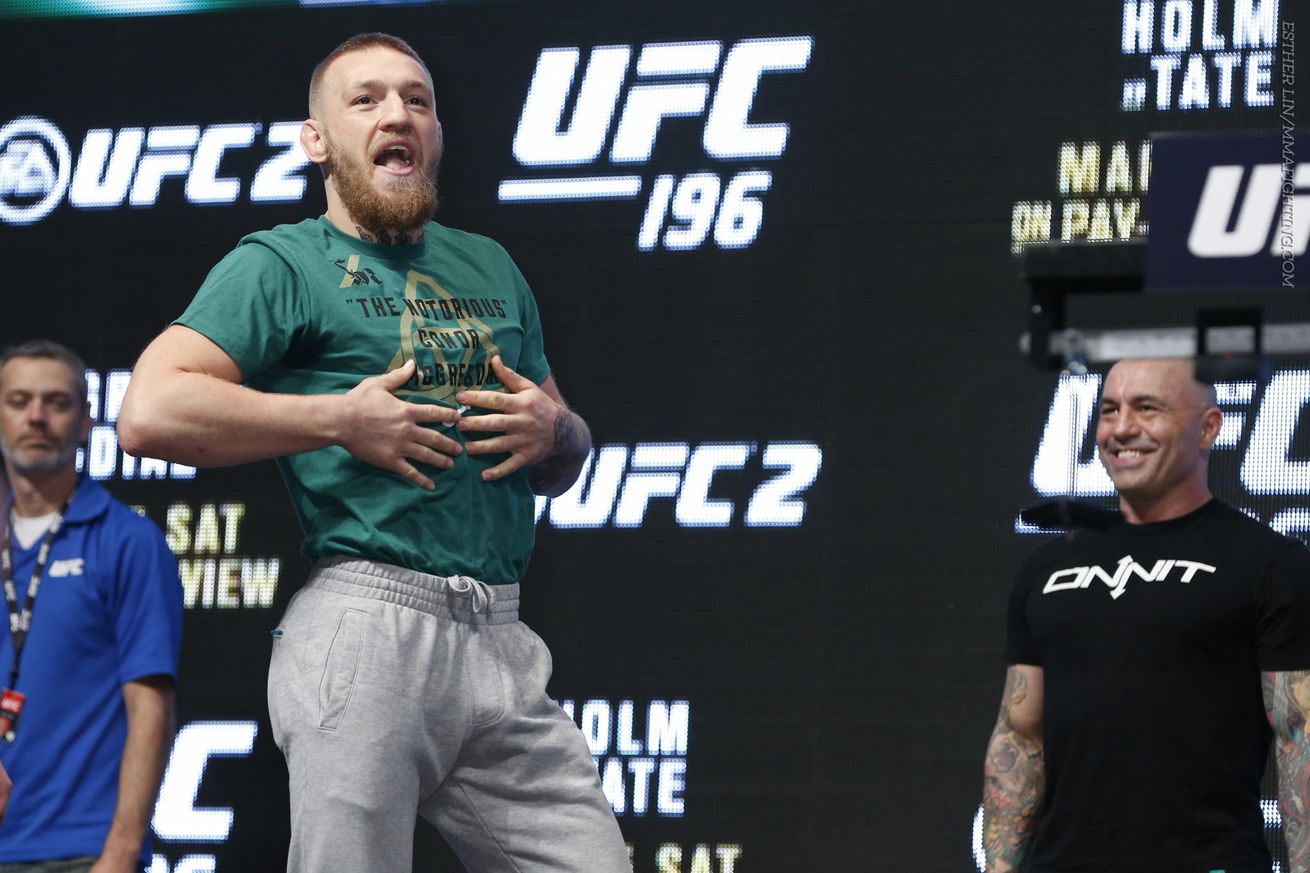 UFC president Dana White said Friday night at the EA Sports UFC 2 launch party that there is a possibility that McGregor will never return to 145 pounds if he beats Nate Diaz in spectacular fashion at UFC 196 on Saturday night here.

“I think if he wins impressively [Saturday], he doesn’t even go back to 45,” White said at Mandalay Bay’s Light nightclub. “That’s what I think. That weight cut is horrible for him. He looks terrible. I’m sure he feels terrible. I think he stays at 170 if he wins tomorrow.”

McGregor looked healthy and strong at weigh-ins Friday, because he’s fighting Diaz at welterweight. McGregor weighed 168 on the scale. Normally, when he cuts to 145, McGregor looks sucked in, dehydrated and just miserable all around. It takes a toll on his mind and body.

At open workouts on Wednesday, McGregor said he could and would go back to featherweight, but he doesn’t seem to be in love with the options that are there right now, including the likes of Frankie Edgar and Jose Aldo.

“I can go back to 145 no problem,” McGregor said. “Who is there, though? Let me see some of these damn bums get up and fight and make some noise. I just hear crying, complaining, please, begging — all this sh*t. I don’t see nothing appealing. They need to build themselves up right now. I’m sitting pretty. I’m sitting up here. They need to fight and make some noise, make me stand up and sy, OK, I’ll take him on. That’s what I need to see, because right now I see a bunch of complainers, whiners.”