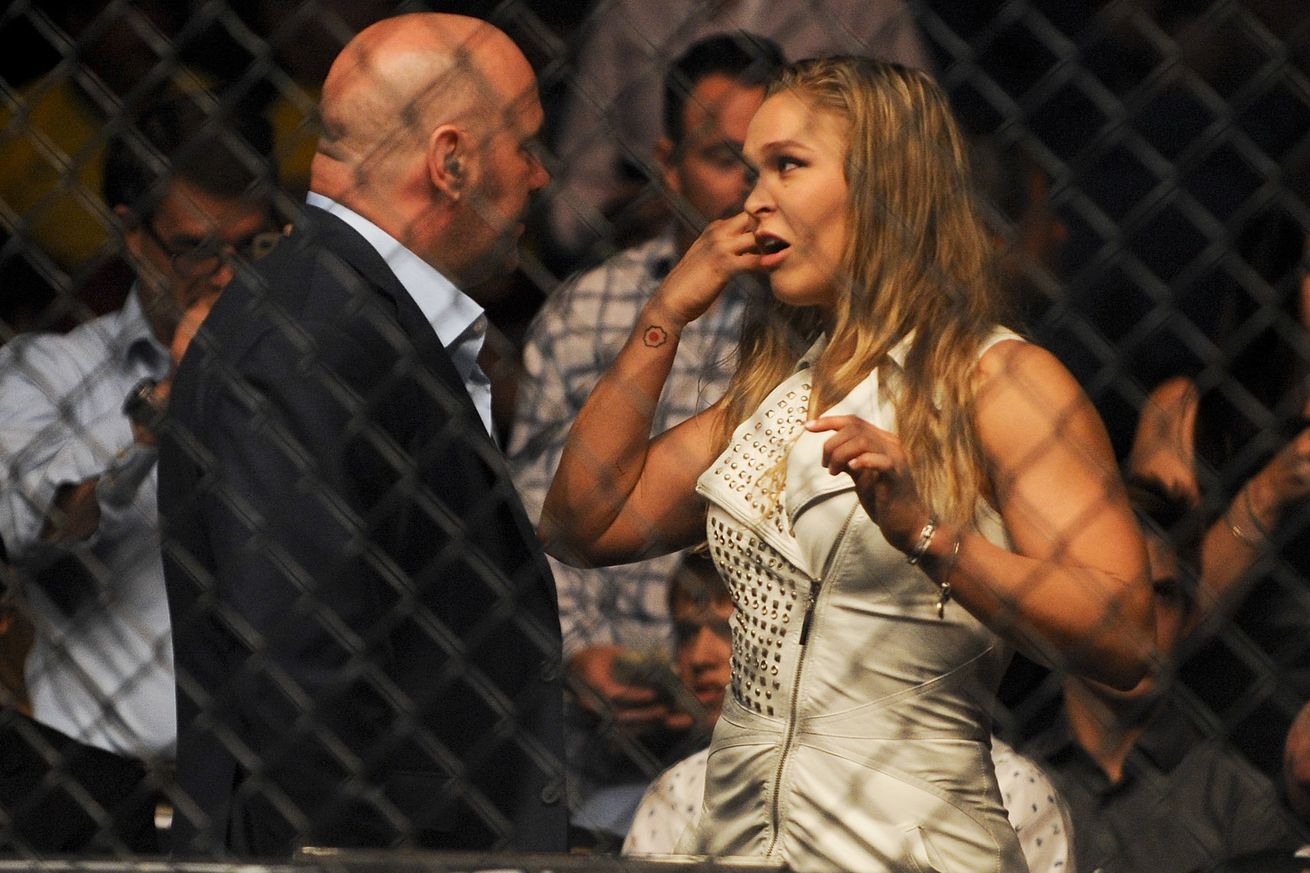 Where in the world is Carmen Sandiego Ronda Rousey?

Since getting creamed by Holly Holm in the UFC 193 main event last November, the former women’s bantamweight champion has been non-committal on making her mixed martial arts (MMA) comeback. Sure, she’s teased a few events over the last several months (like this one), but her timeline for return remains a mystery.

Even to close friend and UFC President Dana White.

“Ronda’s going to come out and let us know when she’s ready to fight again,” White told Dan Patrick (via MMA Junkie). “I would really like her to fight this year, I hope she does. No fighter has worked harder than Ronda Rousey over the last three years, probably other than Conor McGregor, so she deserves the time off.”

And she’s certainly making the most of it.

In her absence. Holm coughed up the 135-pound strap to newly-crowned bantamweight queenpin Miesha Tate. “Cupcake” moves on for her first title defense at the UFC 200 pay-per-view (PPV) in July, meaning the title could potentially change hands three times in less than a year.