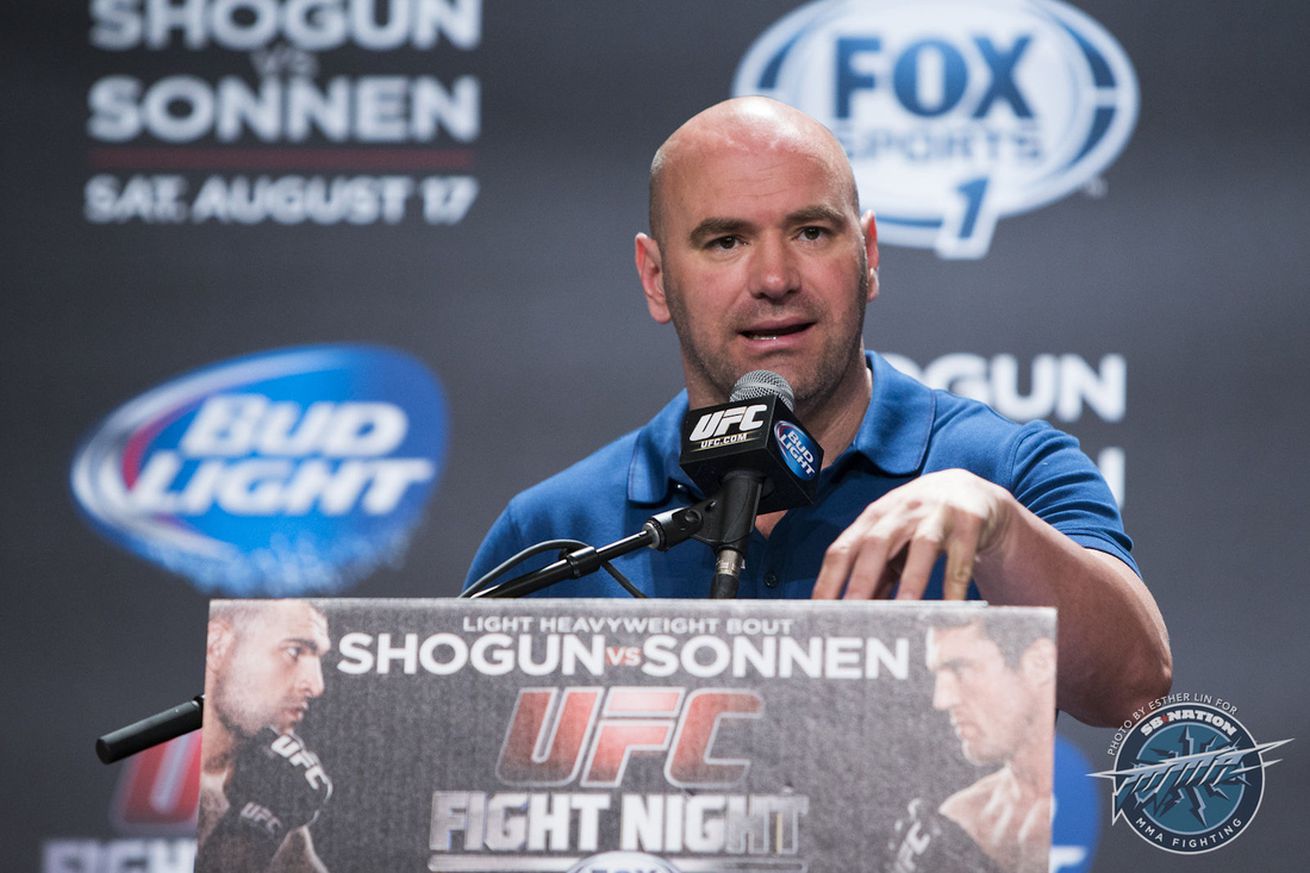 Ultimate Fighting Championship (UFC) president Dana White was quick to dismiss rumors that a potential fight between his current Featherweight champion, Conor McGregor, and retired pound-for-pound great Floyd Mayweather, was in the works.

It’s something White likes to do.

But, if “Money” is really interested in going toe-to-toe against “Notorious,” apparently all he has to do is pick up the phone and give White a call. At least that’s what White stated during a recent appearance on “The Dan Patrick Show.”

“Conor McGregor is under contract with the UFC. Listen, if Floyd wants to fight Conor, call me Floyd.”

Of course, a fight between the two combatants would have to go through UFC, according to White, which will have to find a way to co-promote with Mayweather Promotions, which also has exclusive partnership rights with Showtime.

However, would a potential share of a $1 billion fight be enough for White and Co. to break protocol?