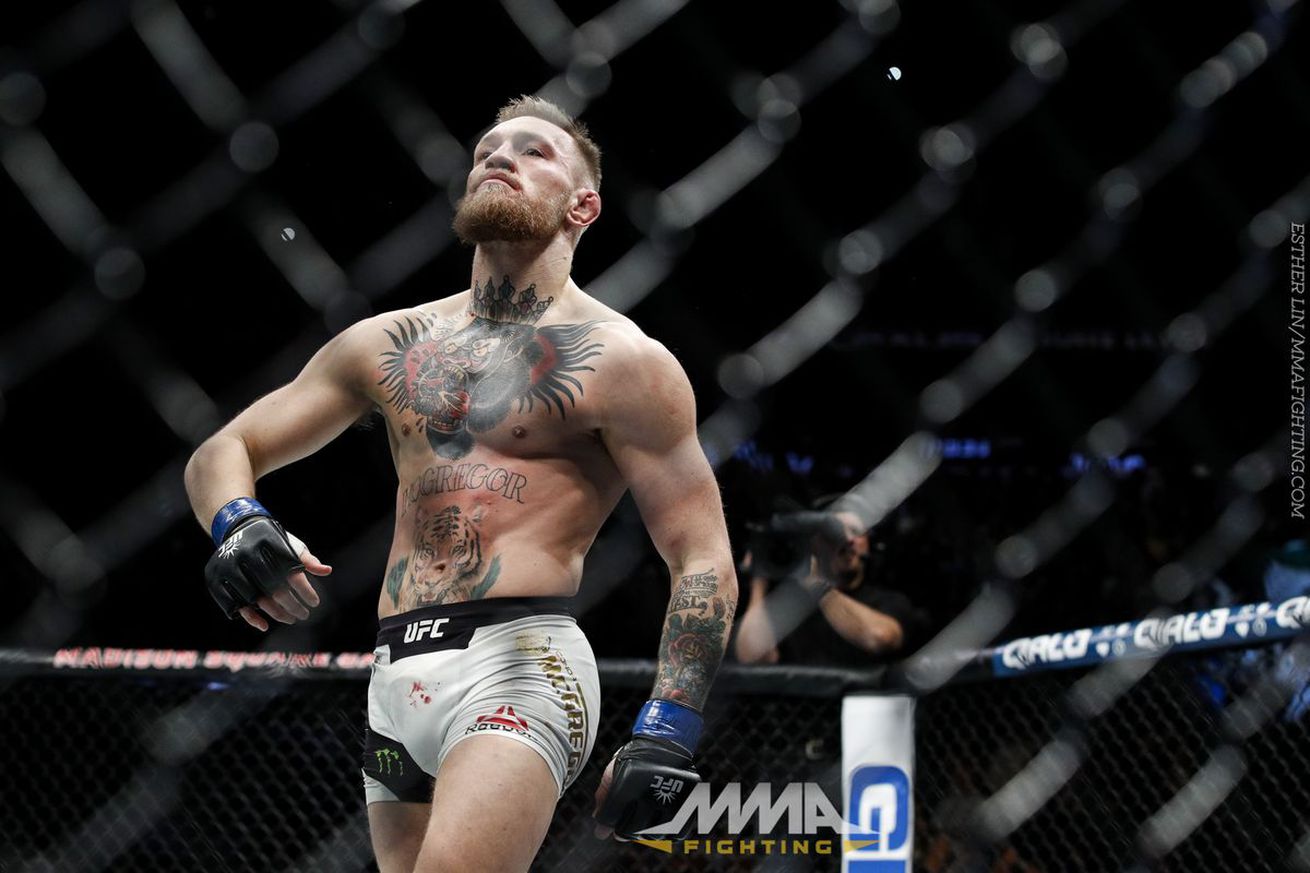 Ultimate Fighting Championship (UFC) Lightweight champion Conor McGregor has already signed his end of the deal to face Floyd Mayweather, while “Money” has proclaimed that he is currently in negotiations and is confident he’ll sign on the dotted line, too.

Should the bout come to fruition, it could not only shatter the pay-per-view (PPV) record, but also break both Conor and Floyd’s piggy banks, as Mayweather is expected to make more than $100 million, while “Notorious” will take home a modest $75 million when all is said and done (even though McGregor expects to equal “Money’s” purse.

Still, that could be enough coin to convince the mouthy Irishman to call it a day.

“If this things goes down, Conor could make anywhere between $60 and $70 million; and what I think happens is, how do you come back again and fight for $10 million bucks?” proclaimed UFC president Dana White on a recent appearance on GGN News with Snoop Dogg.

“He’s a smart kid, but he may never fight again,” White told Snoop. “In the fight business, you have to be hungry, man. It’s hard to get up and get punched in the face when you got $75 million in the bank. I think he is hungry for Mayweather and hungry for the money and Conor loves to prove people wrong.”

Indeed, while McGregor has set a new precedent when it comes to paydays in mixed martial arts (MMA), $75 million is something he will never see in the sport, so coming back to fight for $3 million inside the Octagon may not sound too appealing.

Nevertheless, the fight is far from being finalized, as Mayweather has historically proven to be a tough pickle to deal with when it comes to combat negotiations. Should it see the light of day and if McGregor indeed comes into a record-setting payday, there will be plenty of mixed emotions from around the MMA community. For starters, the 155-pound weight class would be relieved the strap is no longer being held hostage.

On the flip side, many will be disappointed in McGregor for never defending both the Featherweight and Lightweight titles. Furthermore, big-money paydays would likely decrease once the biggest draw in the sport disappears.