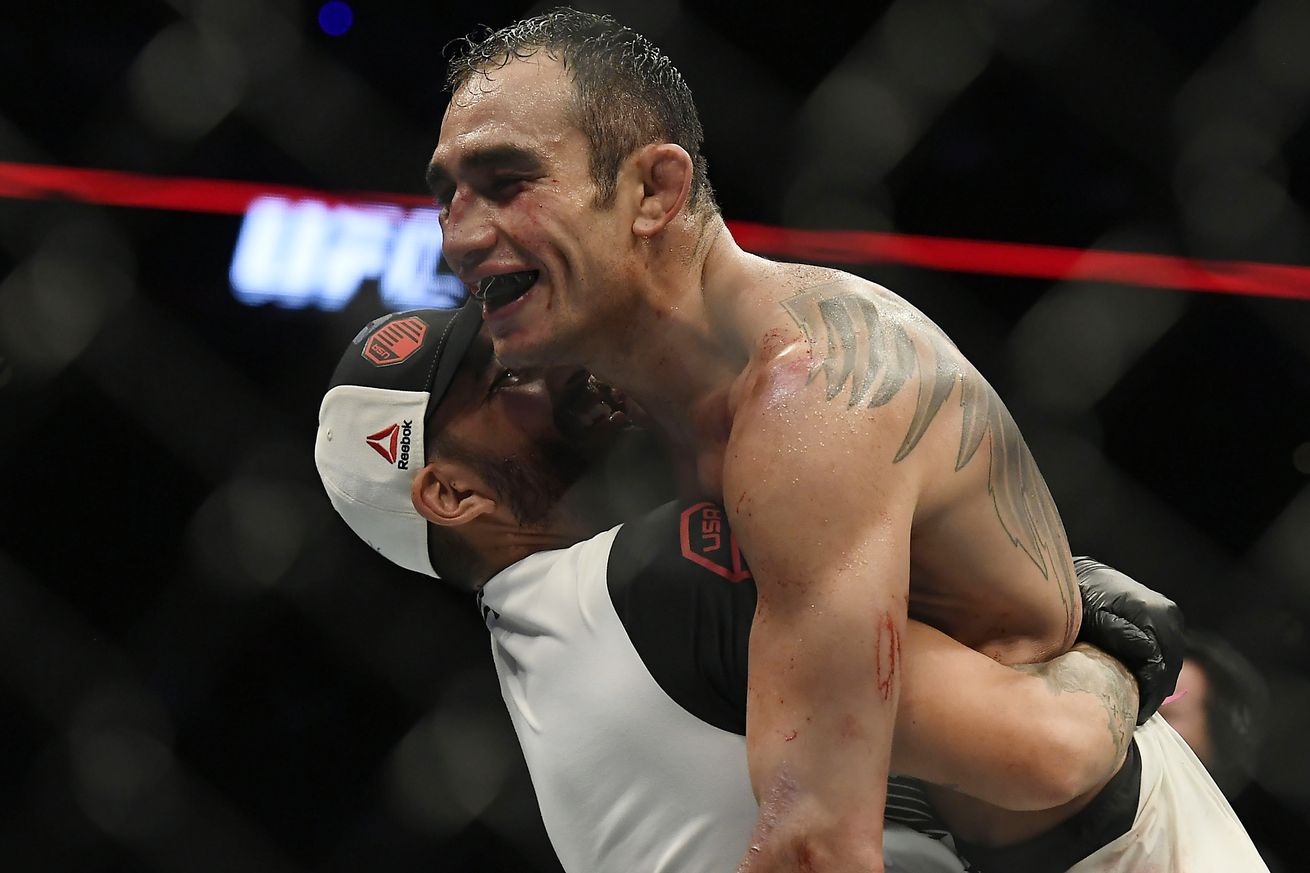 It was hard to understand why Ultimate Fighting Championship (UFC) matchmakers were asking reigning featherweight champion Jose Aldo to move up to lightweight for an interim title clash against top contender Khabib Nurmagomedov.

Turns out UFC wanted fellow 155-pound standout Tony Ferguson to fly with “The Eagle” for the substitute strap, but “El Cucuy” decided he was in a position to start asking for more money.

UFC President Dana White, according to his conversation with the mixed martial arts (MMA) media on Wednesday (watch it), wasn’t about to bend over backwards for a fighter who already put pen to paper.

“We were trying to make that fight. Tony said he will not do that fight unless he makes the same exact money that Khabib makes. Khabib has a different deal. So, that ain’t happening. Count that one out. He has a contract that he just signed not long ago. There’s a thing where these guys — I honor every contract, no matter what it is. I get into some (expletive) deals, too. You know what I mean? You’ve got a guy who is making tons of money, but he was a champion. That was the deal. I cut that deal and I signed it. I’ve got to live with my deal. When you sign a deal, you honor your deal. I have to honor my deals. Imagine if I didn’t honor a deal. You guys would be (expletive) all over me, right?”

First you get conned, then you turn the tables.

UFC wouldn’t be in this mess to begin with if reigning lightweight titleholder Conor McGregor was around to defend the strap he won from Eddie Alvarez at UFC 205 back in November.

That could change after the holidays, assuming UFC owner Ari Emanuel wants to fly to Dublin, Ireland, to talk turkey with the sport’s top draw, who apparently can’t bring himself to use iMessage.