Home MMA News Dana White was ‘blown away’ by Mickey Gall, said he could fight CM Punk in June
ShareTweet 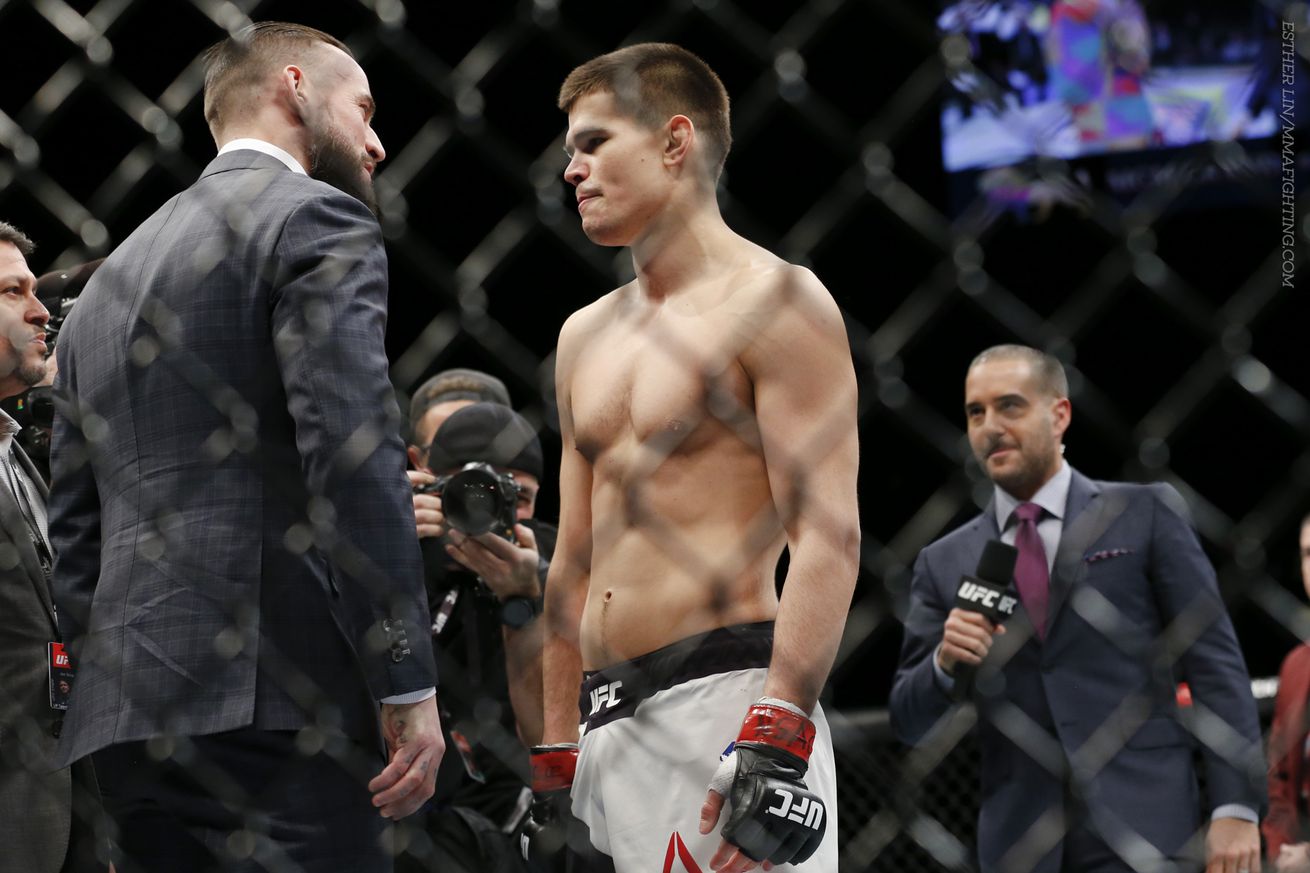 Mickey Gall was the guy Dana White hand-picked and he came through with the UFC president watching Saturday night.

“Super impressive,” White told Ariel Helwani in an interview on UFC Fight Pass. “I talked to the kid earlier tonight. So confident, so smooth, so relaxed. To come to the big show this early in his career is crazy. He went out and performed tonight.

“The kid was under tremendous pressure tonight and he came out and he delivered. I’m blown away by his performance tonight. I’m sure CM Punk is too.”

Gall (2-0) landed a right hand, dropping Jackson, who was making his pro MMA debut. Then Gall, who hails from New Jersey, pounced on Jackson and put to work his solid jiu-jitsu. The 26-year-old cinched in a rear-naked choke quickly and Jackson tapped out. Jackson, an MMA media personality, had not fought in MMA since an amateur bout in 2012, but has pro boxing and kickboxing experience.

In the fall, White saw Gall fight for Ring of Combat in Philadelphia. Gall won and then, knowing White was in attendance, called out CM Punk. White loved it and gave him the opportunity to fight for that chance in the UFC.