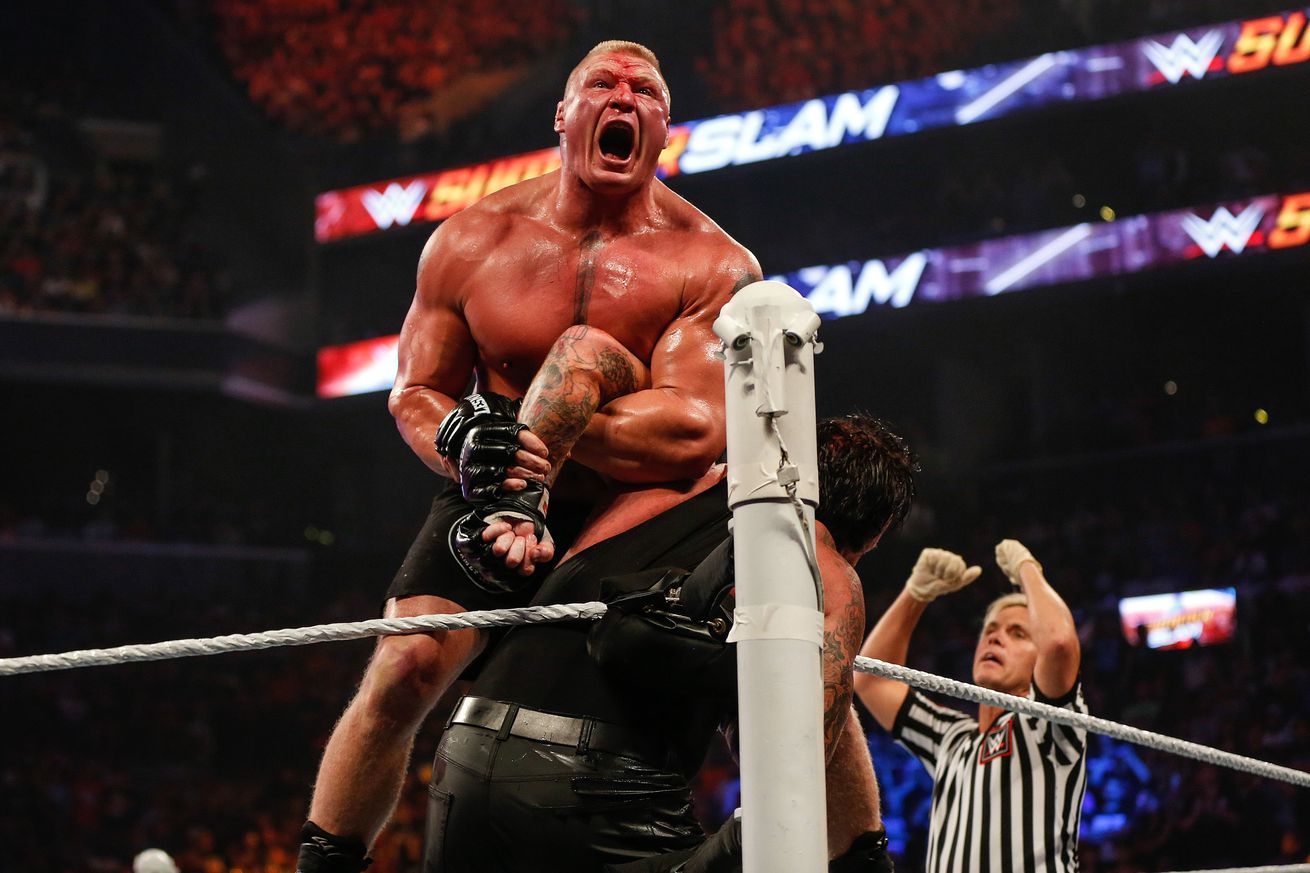 The former Heavyweight champion is a true PPV king and a crossover superstar who is more than capable of holding down the fort with Jon Jones no longer part of the biggest card ever. According to UFC president Dana White, the deal to acquire Lesnar from WWE for a “one-off” Octagon appearance went down as easy as pie.

“It was Brock’s team, me, Vince and Triple H,” said White during a media scrum on Friday (July 8, 2016) following UFC 200’s weigh ins (h/t Cageside Seats). “Brock Lesnar just weighed-in on stage and he’s fighting here tomorrow night, so it went great. Listen, Vince and I have had our ups and downs and Vince is a tough character to deal with. He’s an animal. It’s one of the things that I respect about him. I think he’s loosened up a bit on the UFC.”

Not only will Lesnar be granted permission to use his WWE walkout music when he enters the cage at UFC 200 to fight Mark Hunt, but WWE itself will be promoted along the way.

“The fact that they did this, I wanted to reciprocate, so yes,” added White regarding the cross-promotion. “And they’re doing it. If you look today, Brock’s weigh-in will be on all social media for WWE. This deal couldn’t have worked out any better.”

There you have it. With UFC in the saddle with WWE, the biggest event in mixed martial arts (MMA) history will showcase the biggest draw of all time. Only Lesnar can bring two juggernauts ….View full article