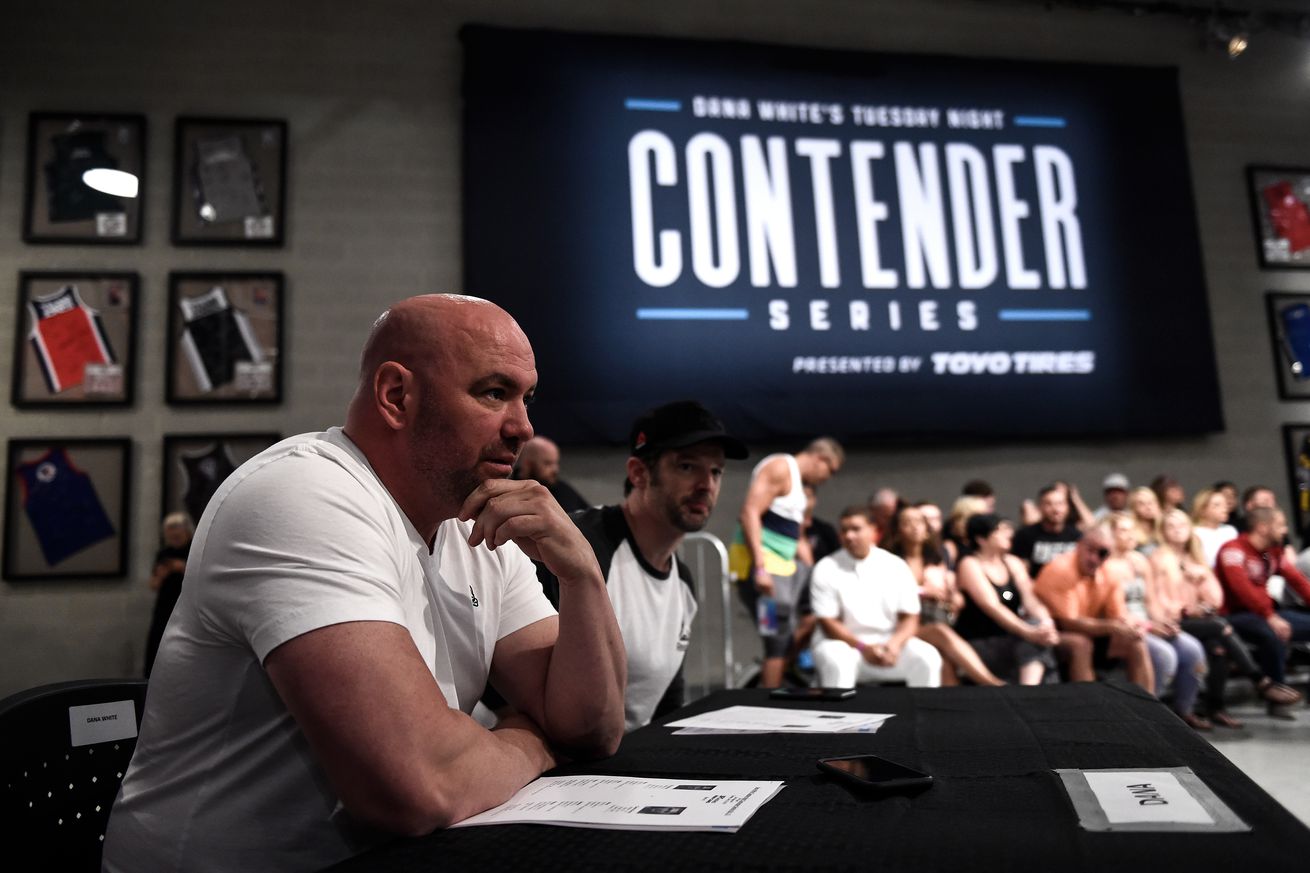 Dana White had a tough choice to make on this week’s episode of his Tuesday Night Contender Series.

Outside of a tepid heavyweight opener, there was no shortage of excitement generated by the 10 fighters brought in to the Ultimate Fighter gym in Las Vegas this week. When the dust settled, it was 28-year-old light heavyweight Mike “Bones” Rodriguez and 25-year-old flyweight Alex Perez who earned contracts from the UFC president.

Rodriguez impressed White with a sensational jumping knee TKO of Jamelle Jones in the evening’s main event, putting his opponent flat on his back before finishing with ground-and-pound at the 2:15 mark of Round 1. The strike was eerily similar to the one that Yoel Romero utilized to finish Chris Weidman back at UFC 205.

Congrats to Michael Rodriguez and Alex Perez on their UFC contracts!!! #ContenderSeries pic.twitter.com/EYtHryE7Jp

A first-round finish was also the key to White taking notice of Perez. The Team Oyama product tuned up Kevin Gray on the feet and hurt him badly with a knee before finishing with an anaconda submission. Gray passed out from the choke, which was immediately recognized by referee Mark Smith who jumped in for the save. The official time of the stoppage was 2:54 into the first round.

Congrats to Michael Rodriguez and Alex Perez on their UFC contracts!!! #ContenderSeries pic.twitter.com/Mi5ag7xSZK

Rodriguez improved to 9-2 as a professional with his fourth straight win, while Perez has now won five straight to boost his record to 18-4.

Also picking up victories were featherweight Julio Arce, who came back from a rough first round to finish Peter Petties with strikes in Round 2, and bantamweight Ricky Simon, who eked out a split decision after an entertaining battle against Donavan Frelow.

Heavyweight Shelton Graves defeated Everett Sims by third-round TKO in the curtain jerker, but it wasn’t much to write home about for either man. Sims appeared to give up on trying to defend against Graves’s takedowns in Round 2, and Graves put out the lowest intensity ground-and-pound possible to pick up the win.